Arendt:
The Inhumanity of Man 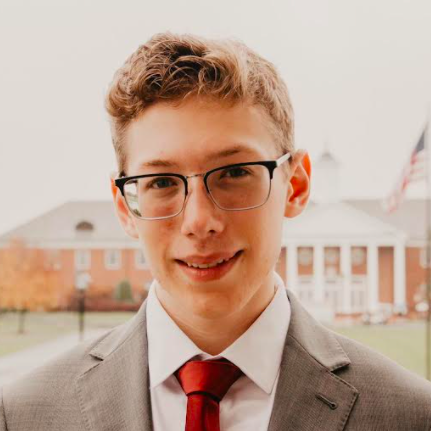 Arendt's work on the nature of evil remains dreadfully relevant in the twenty-first century.

The twentieth century bore the fruit of the nineteenth: where the nineteenth had remained comparatively peaceful in the face of a vast sprouting of new types of political thought, the twentieth century found itself reaping their harvest. In the course of the first half of this century, the world was convulsed by two great world wars and countless minor ones. In the wake of this cataclysmic reshaping, the world gradually emerged into a cold war between two blocs of powers, each threatening the other with absolute annihilation.

Into this mystifying world stepped Hannah Arendt, a German thinker and political philosopher who spent much of her career attempting to make sense of how all this had happened. She, after all, was no mere spectator to world history: she was a survivor of the Nazi regime.

Born in 1906 in Germany to a Jewish family, Hannah Arendt grew up during the First World War and entered adulthood in the addled days of the interwar period. She studied philosophy under the famed metaphysician (and later Nazi collaborator) Martin Heidegger. Her doctoral dissertation was on St. Augustine’s concepts of love.

But she would make her name in a much different way: instead of becoming an ontological thinker, she would choose to apply the insights of philosophy to the world of politics. She rejected the title of philosopher, since, as she wrote in Philosophy and Politics, philosophy is centered on the idea of “man in the singular,” whereas she was interested in the idea of man in the plurality—an idea she saw as essential to the nature of man himself.

She escaped from Nazi Germany after a brief detention by the Gestapo in 1933, and found her way to Paris. In 1940, when the Germans came to France, she had to escape again, and this time traveled to New York, where she would remain for much of the rest of her life. Her own experience of dictatorship led her to what would become one of the most significant works on the subject ever penned: On the Origins of Totalitarianism, first published in 1951.  Her concern was not the historical details of the development of totalitarianism, but rather its philosophical origins. She located them in the ideologies that had developed in the nineteenth century.  Totalitarianism simply followed the logic of these ideologies in a uniquely brutal way, to reshape the world into its likeness.

This concern would develop when she went to Israel in 1961, to cover the trial of Nazi leader Adolf Eichmann. In a series of reports published by The New Yorker, Arendt discussed the complicity of ordinary people in the Holocaust. Her coverage elicited widespread controversy over the measure of responsibility of the collaborators, one unsettled issue from the Second World War. But she may be most remembered today for her phrase “the banality of evil.”

To Arendt, what was notable about Eichmann was that he did not look like a mass murderer or a Bond villain. He looked like a middle manager, with an unassuming demeanor and a receding hairline. Even the most horrendous evil perpetuated on earth required no special villainy—all it required was a banal man who had decided to go along with it. This was one of the greatest lessons of the totalitarian atrocities of World War II: that it took no great villain to do great crimes, but only small-minded men who viewed all their great crimes as nothing more than a set of small ones. She wrote: “The trouble with Eichmann was precisely that so many were like him, and that the many were neither perverted nor sadistic, that they were, and still are, terribly and terrifyingly normal. From the viewpoint of our legal institutions and of our moral standards of judgment, this normality was much more terrifying than all the atrocities put together.”

Arendt would go on to write much more, including works considerably more philosophical in tone than Origins. She would write The Human Condition and start her work on The Life of the Mind, both of which attempted to make sense of man as a plurality, and not just as an individual. Yet she would never attempt to systematize her thought. For her, it was far more important to see clearly than to see thoroughly. Much like Heidegger, she wanted to see the reality of human life in all its wonder and self-contradiction.

While she would teach at many universities and colleges in the United States, she never wanted to become a professor, and spent the last few decades of her life as a public intellectual. She passed away in 1975 of a heart attack, depriving the world of one of its most clear-sighted thinkers.

Noah Farley is a graduate of Patrick Henry College with a degree in political philosophy. He currently works in CLT’s operations department, and is planning to attend law school beginning in the fall of 2022.

If you enjoyed this piece, you might enjoy some of our others here at the Journal, like these profiles of Plato and Antoine Lavoisier, or these essays from our top students on the nature of respect and religion versus superstition in Huckleberry Finn; and don’t miss our podcast, Anchored, hosted by our founder, Jeremy Tate.

Published on 28th March, 2022. Page image of the library at the University of Heidelberg, where Arendt completed her dissertation.