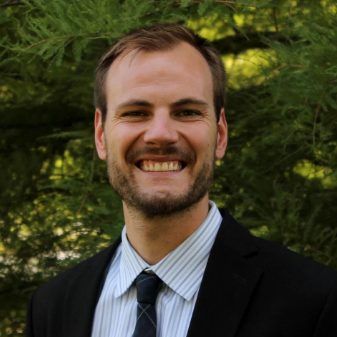 The virtue that forms the basis of happiness must be acquired through arduous practice.

As I discussed in my last post here, Aristotle taught that virtue is the road to happiness. Through contemplating the intellectual virtues, embodying the moral virtues, and pursuing arete, “excellence,” a permanent state of integrated flourishing is achieved. While Christians such as Boethius and Aquinas would later baptize this philosophy with the theological notion that an encounter with the triune God provides ultimate happiness, they followed Aristotle in the belief that virtue was central to the happy life. Given the importance of virtue, then, how do we go about leading our students to become virtuous themselves? In particular, how do we teach them to become morally virtuous, exhibiting honor, justice, temperance, and the like? Conversely, how do we help them to avoid vices that lead to ruin, such as cowardice, indulgence, and vanity?

In the Nichomachean Ethics, Aristotle was quite clear in his response: practice. He emphasized that moral virtue is the result of repeated practice, that is, habit. Against the idea that people are either born endowed with virtues or not, Aristotle argued that each person is “equipped with the ability to receive them, and habit brings this ability to completion and fulfillment.” Just as people learn arts like fencing through practice, so people become virtuous through practice.

Likewise—and let this serve as a caution—humans can become unvirtuous by practice. Aristotle writes: “The same means that produce any excellence of virtue can also destroy it, and this also true of every art. It is by playing the harp that men become both good and bad harpists, and correspondingly with builders and all the other craftsmen: a man who builds well will be a good builder, one who builds badly a bad one.” So while it is possible for a person to grow in virtue throughout life, there is a real danger involved, too: that of forming the wrong habits, the sorts of habits that will lead away from the good life rather than to it.

"Man, when perfected, is the best of animals, but when separated from law and justice, he is the worst of all."

The practical takeway for educators is to provide our students with opportunities to practice the actions that grow into virtues. We must sow the idea in our students’ minds that these practices are worth their time, and form a plan to habituate them accordingly.

Admittedly this is easier said than done. We cannot, for instance, summon fire-breathing dragons for our students to face, and thus develop the habit of courage. But there is something we can do: get to know our students, as well as the subjects we teach. We can develop a relationship with them throughout the school year and observe their habits during lessons. Through this process, we gain insight into their lives, including the seeds of virtue and vice that are beginning to form in them. Then we can come alongside them, sharing ideas about how they can grow. The habits we foster can be as simple as completing one’s work with integrity, including others in extracurricular activities, looking adults in the eye when speaking to them, and displaying charity when discussing an opposing viewpoint in class. These habits may not seem like much, but over time they have the potential to develop into the beaten path of a life of virtue; or of vice.

How important is this focus on training habits? Returning to Aristotle, “it is by action that some men become just and others unjust, and it is by acting in the face of danger and by developing the habit of feeling fear or confidence that some become brave men and others cowards. … Hence it is no small matter whether one habit or another is inculcated in us from early childhood; on the contrary, it makes a considerable difference, or rather, all the difference.” Formulating a vision statement about virtue formation is not enough. Discussing virtue is not enough. We must provide opportunities for our students to actually practice virtuous living—and then take a step back and watch, as our work does not make merely a considerable difference, but all the difference.

Kolby Atchison is the principal of Clapham School in Wheaton, Illinois, with an MA in Systematic Theology from Wheaton College Graduate School. He writes regularly on ancient wisdom for the modern era at www.educationalrenaissance.com.