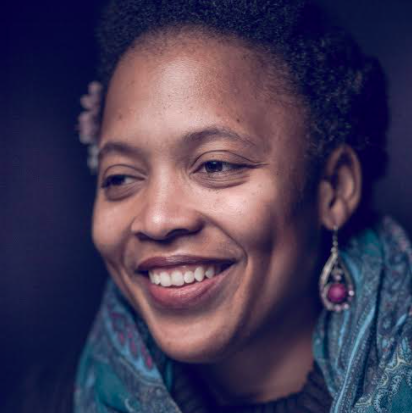 Augustine's rhetoric indicates a fundamental clarity of thought which we would be wise to imitate for ourselves.

St. Augustine of Hippo is known as one of the most prolific and influential authors of the West. Born in 354 AD in the city of Thagaste (in modern Algeria), he is one of Christianity’s most notable converts, and spent the last thirty-four years of his life as a bishop of the Catholic Church. During Augustine’s younger years, he was trained in the classics. He studied the liberal arts, including rhetoric, in Carthage from the age of sixteen. He became a well-known teacher of rhetoric during his pre-conversion life, beginning in Carthage at age twenty-two, and then in Rome and Milan. Although his adeptness in rhetoric gained him much notoriety, in his autobiographical work, Confessions, he seems to see his education as somewhat of a hindrance to faith.

However, it is clear to anyone who has read Augustine’s work that his rhetorical mastery is what makes his voluminous work compelling to many different readers throughout the centuries since he first penned them. Augustine lived through one of the most calamitous periods of Western and Christian history. As a bishop, he argued the Catholic side of many controversies of the day, such as the Manichæan, Donatist, Pelagian, Semi-Pelagian, and Arian controversies. Because of his training in the classic texts of the ancient world as well as his understanding of Scripture, he was able to build a strong case for his arguments using culturally and religiously relevant examples.

In the City of God, one of Augustine’s preeminent works, the first ten books are Augustine’s argument against the claim that Christianity was responsible for the fall of Rome. In Book II, Section 13, Augustine argues that the licentious entertainments of the theatre are unbecoming to both the Roman people and their gods. He uses the Romans’ own inconsistency with respect to the theatre to argue that their gods are not worthy of worship. During his argumentation, he notes that the Romans exclude theatre players from other careers in the wider society because of the acts they perform. Augustine’s use of a modus tollens (the argument form “if A then B; not B, therefore not A”) adequately sums up his line of argumentation in this section:

It is no advantage to be near the light if your eyes are shut.

In continuing his case that the Roman republic had begun to fall long before Christianity came into being, he cites the words of Cicero:

But our age, receiving the republic as a chef-d’œuvre of another age which has already begun to grow old, has not merely neglected to restore the colours of the original but has not even been at the pains to preserve so much as the general outline and most outstanding features … For it is through our vices, and not by any mishap, that we retain only the name of a republic, and have long since lost the reality.

Augustine’s ability to integrate, with great ease, the relevant works of classical authors in guiding his audience toward the case he is making is a testament to the influence of a classical education.

Rhetoric, the art of communication, is sorely needed in the time in which we find our society embroiled in a myriad of controversies. It is through rhetoric that ideas can be presented clearly, concisely, and in a contextualized manner such that the truth can be made apparent to those who seek it. It is this art that has made Augustine’s work relevant through the entire span of Western civilization. In a world inundated with information without integration, where the past can be rewritten with the stroke of a key, and where major cultural and political arguments are reduced to a meme, we are in greater need than ever of rhetoricians such as St. Augustine of Hippo.

Natasha P. Wilson, Ph.D, is a staff editor at the Classic Learning Test. A former biochemical engineer, she began to appreciate the need for classical education during her Ph.D studies, where the worlds of science, philosophy, and ethics began to converge on a mind ill-prepared for such a convergence. Natasha has also taught math and science at a liberal arts school and continues to tutor in math.

If you enjoyed this piece, try some of our others here at the Journal, like this one on pseudo-Dionysius, this one on the idea of science, or this one on protecting students from propagandistic sources. You might also enjoy our weekly podcast, Anchored, hosted by our CEO and founder Jeremy Tate.