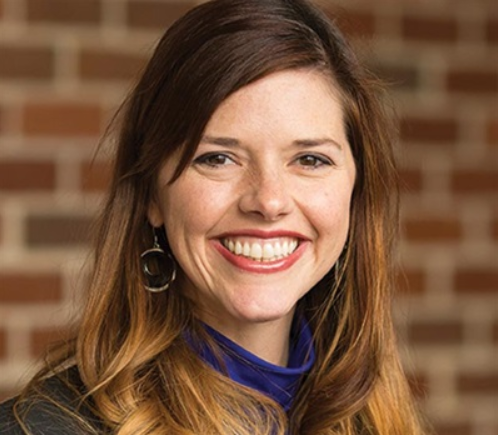 Imagination need not be an alternative to reality; it can be a way of seeing reality.

C. S. Lewis’ Surprised by Joy is one of the great spiritual autobiographies of the twentieth century. Readers assume that the author of Mere Christianity would focus on arguments for his faith; however, of the 238 pages of the text, 197 focus on the life of his imagination. One scholar calls the book a “mixed bag” of “tangents and asides,” never perceiving the guiding thread that Lewis intended. For Lewis, a scholar of the Middle Ages, only an account of his imaginative life can invite the reader to understand how his will came to be converted. The Medievals envisioned the personality as three concentric circles, in which the outer circle is the imagination, followed by the intellect, and finally the will at the core. Lewis dedicates his attention to glimpses of joy caught by his imagination as the guiding thread tying his story together.

In An Experiment in Criticism, he reflects on how imaginative works transform from entertainment to prods at the human soul “only when your whole attention and desire are fixed on something else.” To be entertained by something is to use it for pleasure; yet in certain experiences, like Wagner’s opera Siegfried and the Twilight of the Gods, Lewis describes becoming absorbed by an “intense desire” for “another dimension.” A contemporary of his, Simone Weil, ties this level of attention to prayer: “The soul empties itself of all its own contents in order to receive into itself the being it is looking at, just as he is, in all his truth.” This self-emptying movement will be necessary for Lewis’ later conversion of will.

The value of the myth is that it takes all the things you know and restores to them the rich significance which has been hidden by "the veil of familiarity."

He defends his dependence on the imagination as a way of knowing God. He tries to explain to the skeptical reader: “I do not think the resemblance between the Christian and the merely imaginative experience is accidental. I think that all things, in their way, reflect heavenly truth, the imagination not least. ‘Reflect’ is the important word. This lower life of the imagination is not a beginning of, nor a step toward, the higher life of the spirit, merely an image.”

Lewis laments at one point, “The two hemispheres of my mind were in the sharpest contrast. On the one side, a many-islanded sea of poetry and myth; on the other a glib and shallow rationalism. Nearly all that I loved I thought to be imaginary; nearly all that I believed to be real I thought grim and meaningless.” But in reading George MacDonald’s Phantastes, Lewis has his imagination “baptized.” Whereas the world of the Norse gods offered him an escape, this book plunged him deeper into the real world. Before he did not enjoy closing a book and returning to our world; after Phantastes he writes, “I saw the bright shadow coming out of the book into the real world and resting there, transforming all common things and yet itself unchanged.” Too many people commit the same fallacy as young Lewis—dividing imagination from intellect. Our imagination includes more than cognition; to imagine means to know in our affections, memories, habits, desires, attitudes. We participate in our world based on how we see ourselves situated within it, what it is, how it functions, how it began, to what end we are called, and so forth. In other words, we imagine ourselves within a story.

Lewis’ story about his own imagination becomes compelling for understanding how to read our own lives, apart from dominant cultural narratives. He advises people to read an old book for every new book they read, to keep a healthy pulse on how much their culture is influencing their knowledge of themselves. Surprised by Joy is now more than sixty years old, and qualifies as stepping us outside of our culture’s stories. The book itself imitates Medieval narratives by caring more for the truth to which it points than the genius of its author. By immersing us in the story of his imaginative life, Lewis shows us how to be cathedral builders as well, how to see our story as one within others, interacting throughout time and place, ready to be passed down to the next generation for their benefit.

This piece has been abbreviated and republished with the permission of Church Life Journal. Dr. Wilson’s original article, C. S. Lewis’ Mixed Bag of Tangents and Asides, may be found here.

Page image provided for under fair use.

If you liked this essay, consider taking a look at some of our other posts here at the Journal, like this author profile of Albert Einstein or this piece on the idea of desire. Or check out our weekly podcast, Anchored, where our founder Jeremy Tate interviews leading intellectuals and educators like Robert George, Anika Prather, and Katharine Birbalsingh.