Calvin: The Formative Influence of Religion 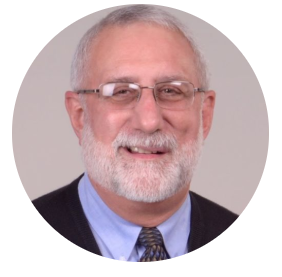 The theological revolution of Calvinism has affected all facets of modern culture.

A prolific author, Calvin spent the majority of his life working as a pastor in Strasbourg and Geneva. His most influential and insightful work, The Institutes of the Christian Religion, was published when he was only twenty-seven years old. Its full original title, in illustrious sixteenth-century style, read:

The Institutes of the Christian Religion, Containing almost the Whole Sum of Piety and Whatever is Necessary to Know in the Doctrine of Salvation. A Work Very Well Worth Reading by all Persons Zealous for Piety, and Lately Published. A Preface to the Most Christian King of France, in Which this Book is Presented to Him as a Confession of Faith. Author, John Calvin, of Noyon. Basel, MDXXXVI [1536].

Deeply grounded in the Scriptures and the early Church Fathers, especially Augustine, and a beneficiary of the systematic theologies of the late Middle Ages, the Institutes explain how Scripture reveals God as the sovereign Creator and gracious Redeemer of a world corrupted by original sin (inherited from humanity’s parents) and by our own personal sins. The book covers not only basic theology, but touches on family and public life, civil government, and human vocations. The Institutes‘ simplicity, clarity, careful biblical exegesis, and harmonization with the Fathers made it enormously compelling, at a time of great ecclesiastical strife and theological uncertainty.

A Christian ought to be disposed and prepared to keep in mind that he has to reckon with God every moment of his life.

This impressive scholarship grew in part out of Calvin’s breadth of academic training. Following his father’s wishes, he initially pursued philosophy and law. However, in his early twenties, he came under the influence of humanists like Erasmus and their attention to textual criticism. He poured himself into studying not only biblical Greek, but Hebrew, with Jewish scholars who helped to shape his covenant-oriented theology. Some time around 1530, in the midst of growing protests against papal authority and perceived corruptions in Catholic doctrine and practice, he experienced an unexpected conversion, and thereafter devoted himself to the study of the Bible and theology rather than law—“the timeless and yet always timely words of Scripture,” as Mark Noll put it.

Calvin’s considerable intellectual abilities were quickly recognized throughout the French Protestant community and the wider Protestant movement. By the time he settled into his pastorate at Geneva, theologians throughout Europe acknowledged him him as the chief of Protestant exegetes, and corresponded with him frequently. Calvinist Geneva became a center of biblical studies and scholarship.

Though they fragmented along national or ethnic lines, most Reformed groups (as the Calvinists called themselves) were heaily influenced by the Institutes, from France, England, Scotland, and the Netherlands to Hungary, Poland, and other principalities in Central and Eastern Europe. From there, his influence spread to their colonies and allies in the Americas, sub-Saharan Africa, and as far as Asia and the East Indies.

Notably, Calvin’s vision of Christ’s lordship over all aspects of life and culture had a profound impact on the English Puritans, who brought this theology to the Massachusetts Bay Colony in New England; they quickly established the first institute of higher learning there, Harvard College, in 1636. More universities and seminaries, like Yale and Princeton, soon followed among the Puritan and Presbyterian settlers of the region. The Reverend John Witherspoon, president of Princeton (then known as the College of New Jersey) from 1768-1794, was a delegate to the Second Continental Congress and a signer of the Declaration of Independence. Partly through Witherspoon’s influence, Calvin’s arguments for the principled need for checks and balances in civil government—later enunciated again by Charles Montesquieu—became enshrined in the U.S. Constitution and as assumptions in American public life to this day.

In short, it is difficult to overestimate Calvin’s influence. Regardless of one’s political or theological affiliations, his life and work, and especially The Institutes of the Christian Religion, merit our careful attention. Understanding him provides us with a better appreciation of the western religious, political, and cultural traditions of which we are heirs.

Roy Alden Atwood, Ph.D., was founding president of New Saint Andrews College in Moscow, Idaho. He now serves as Distinguished Visiting Professor of Humanities and Nehemiah Gateway University in Pogradec, Albania, and as Director of Education Services for the Nicea Group (niceagroup.com).

If you liked this essay, you may also enjoy our profiles of other authors, like pseudo-Dionysius or St. Teresa of Avila. Or, for a change of pace, take a look at an essay by one of our top students on the black hole information paradox.