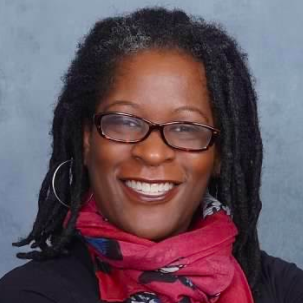 How does someone who feels that the Great Books are thoroughly alien to her history come to fall in love with them?

In this three-part series, Dr. Prather shares with us the journey that took her from looking askance at classic learning, to becoming a fervent advocate for it.

In the summer of 1999, I was about to begin a Master’s program at NYU in Educational Theatre. My mom, dad, and I decided to drive up to New York to secure my housing and tour the city. We stayed there for a couple of days, and then headed up to Schroon Lake for a family vacation at Word of Life Retreat Center. I had a lot on my mind that summer. It was my first time moving away from home (I graduated from Howard University in 1995, which was a short distance from my home). One thing that was not on my mind was Classical studies or any of the books from the “canon” of Western civilization.

While we were at the retreat center, my mom stumbled upon a pamphlet about how to start a Classical school. I have no idea why this grabbed her, but from that moment on she and my dad set to work on opening the first primarily African American Classical school in Southern Maryland. I thought they were a little crazy. To me, it seemed to be illogical to teach Black students about a type of study that had nothing to do with them, but everything to do with those who enslaved them.

My parents asked me whether, once I graduated from NYU, I would be interested in teaching at the school. Without hesitation and a really ugly frown on my face, I said, “No!” I went away to NYU, and my parents gathered their school board together. For about two years, they met every week, planning for the school to open the following school year—the Washington Classical Christian School. It was made up of about 95% Black teachers (and the one white male teacher whose beautiful soul drew him to the school). The students wore a uniform of black pants, white tops, and Kente Cloth vests or ties (ties for middle to high school). The staff spent their summers as the only chocolate faces at Classical education conferences and training programs; we were all well versed in the key components of Classical education. We understood the Trivium, why students need to know Latin, why students should take rhetoric and logic, and why students should be proficient in the Great Books.

What was missing for me was that I could not see any bridge between myself, my people, and the Western tradition. In those early years in my journey, it just came off as a good way to help students be as smart as white people. For me, that was not enough. I am a soul learner. My mom thinks this is why I struggled in school growing up: if I was not passionate about a subject, I simply had no interest in learning it. Even the threat of failing a grade did not motivate me. If I wasn’t feeling it, then I wasn’t learning it.

In those early years, I could not see any bridge between my people and the Western tradition.

I was able to finish my graduate degree in twelve months and came back to the DC area to teach for the public school system. Living back at home, I continued to hear about my parents’ growing passion for Classical education. I was not impressed. I’m a chocolate-skinned, dreadlock-wearing graduate of Howard University, I thought. Those books are not for me! I was baffled about how my parents had come to this point. These are the same people who gave me an African first and middle name (Anika and Tene’ are both Yoruba); they decorated the house I grew up in with African art and sculptures. My parents were both Howard graduates—my dad was even a professor there. They dedicated their time teaching my brother and me about Black and African history, and even gave us a unique perspective on Christianity in ancient Africa. These are the same people who made my brother and me watch Roots! My dad was a pastor who, almost every Sunday, preached on Black history. My mom’s “uniform” was an afro, an African dress, and big hoop earrings. How had they come to this place?

Both of my parents were avid readers. Our home had a huge library, with floor to ceiling shelves lining the walls. On a single shelf I might see The Autobiography of Malcolm X, the Quran, Shakespeare, Khalil Gibran, and C. S. Lewis. At any given time, either of them might be spotted fully engrossed in some philosopher or theologian, and it did not matter what race they were. They gave us The Chronicles of Narnia and The Lord of the Rings, but also Martin Luther King and Frederick Douglass. My mom was always correcting our sentences to make sure our subject-verb agreement was correct, and in the next breath saying, “Girl you so crazy!” Reflecting on this, I started to understand; as Socrates declared himself to be, they desired for my brother and me both to become “citizens of the world.”

I was finishing my second year back in the public school system after my Master’s, and my mom asked me again if I had any interest in teaching at the school they were opening. I had become disillusioned with the public school system: with its focus on testing, its neglect of critical thinking in children, and its failure to give students the freedom to study religion (mine being Christianity), I had already been thinking about leaving after that school year. But I was still leery of joining my parents’ school. I had not read enough about the philosophy to be as passionate about Classical education as my parents were. It was just a bunch of “dead white men” trying to whitewash my worldview, right? Even so, after a little more coaxing, I agreed to join the teaching staff as the music and drama teacher—but that’s all I was committing to!

Within my first year in the school, I found myself feeling a profound sense of relief and peace. No pressures about testing, just beautiful, happy children falling in love with learning, thinking, and believing. I still steered clear of the “Classical” parts of the school; I stayed safe in my corner, enjoying teaching my students about music and drama and organizing all the school performances. Until one day, something stirred up the contented life I had settled into.

Dr. Anika Tene’ Prather has degrees from Howard University, NYU, the University of Maryland at College Park, and St. John’s College here in Annapolis. She currently teaches in the Classics Department at Howard University, and is the founder of The Living Water School, which she was inspired to start by her three creative and curious children.

Published on 5th August, 2020. Cover art of the Library of Alexandria in ancient Egypt.