Douglass:
"The Silver Trump of Freedom" 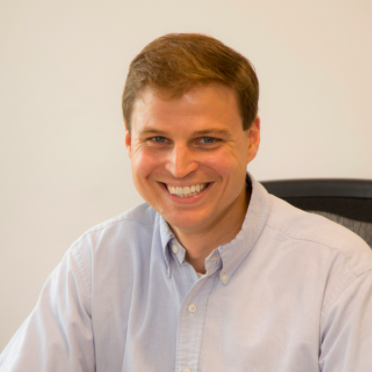 Slavery is an ineradicable part of our history—and so is the determination to be free.

Frederick Douglass was born in February, 1818 in Talbot County, Maryland. The exact date, he did not know; that information was denied to him, as slaveholders routinely denied such knowledge to their slaves. Nor did Douglass know his father, though he suspected his father might have been his first master, Captain Aaron Anthony. Nor would Douglass have learned to read if he had not taken the pains to educate himself, for it was illegal to teach slaves anything that might encourage them to seek their freedom. Douglass’ life demonstrates the vital link between education and freedom, liberty and literacy. Moreover, that Douglass’ education was uniquely shaped by one book, a primer on rhetoric called The Columbian Orator, shows how important an education rooted in timeless and transcendent ideas truly is.

Throughout his autobiography, The Narrative of the Life of Frederick Douglass, he writes that education, literacy, books, letters, everything, were denied to slaves as a means of controlling them. That is, they would not seek their freedom if they did not know this was their birthright, by virtue of being created in God’s image—for that information was in both the Bible and the founding documents themselves. The more ignorant they were, the easier it was to control them; if slaves could not read, they might never know they were entitled to their freedom. Hence, education, basic literacy, and even facts we take for granted—our birthdays, grandparents, countries of origin—all such information was denied to slaves, to reinforce their condition.

Douglass initially learned his letters at the hands of his master’s daughter, Mrs. Sophia Auld. These lessons occurred until Sophia’s husband, Hugh, realized what she was doing and forbade her to teach him any further. In Douglass’ presence, Hugh told her exactly why she should not teach him to read: a slave “should know nothing but to obey his master—to do as he was told to do … if you teach him how to read, there would be no keeping him” (emphasis added). Hugh’s words ironically emboldened Douglass, convincing him of the dire need to educate himself. He writes that being “conscious of the difficulty of learning without a teacher, I set out with high hope, and a fixed purpose, at whatever cost of trouble, to learn how to read.”

The man who is right is a majority. We, who have God and conscience on our side, have a majority against the universe.

This he did by “various stratagems,” as he relates in his autobiography. Running errands around the city of Baltimore, he exchanged scraps of bread for reading lessons from local white children. But the pivotal moment came when Douglass chanced upon The Columbian Orator, a primer on rhetoric that contained noteworthy speeches both ancient and modern, from Cato the Younger to William Pitt the Elder. Like St. Augustine’s now-lost Hortensius, The Columbian Orator opened to Douglass a world of possibilities, meaning, and joy erstwhile unknown to him. For St. Augustine, these possibilities came in studying philosophy; for Douglass, it came with freedom, the freedom that was his by birthright.

In addition to speeches, The Columbian Orator contained dialogues that explored the immorality of slavery itself. These dialogues helped him understand he was, indeed, entitled to his freedom—particularly one dialogue between a master and his slave over manumission. The dialogue ends with the master, swayed by the arguments offered by his slave, voluntarily freeing him; such arguments would reappear in Douglass’ own speeches after he gained his freedom and became a noteworthy orator on behalf of the abolitionist movement. That dialogue, and the ideas offered in it, stirred in Douglass a hatred for his enslaved condition and a desire to obtain his freedom whatever the cost might be. Douglass writes:

The silver trump of freedom had roused my soul to eternal wakefulness. Freedom now appeared, to disappear no more forever. It was heard in every sound, and seen in every thing. It was ever present to torment me with a sense of my wretched condition. I saw nothing without it, I heard nothing without hearing it, and felt nothing without feeling it. It looked from every star, it smiled in every calm, breathed in every wind, and moved in every storm.

If he had not achieved literacy, he might never have known what should have been his from birth, a right made more and more shiningly clear as he read from The Columbian Orator.

This profile is followed by a companion piece, The Legacy of Frederick Douglass.

Winston Brady grew up in Washington DC, and attended a Classical school, to which he attributes his love of reading the great books. He received a Master of Divinity at Southeastern Baptist Theological Seminary and an MBA from the University of North Carolina at Chapel Hill. He has taught at Thales Academy since 2011, and serves as the Dean of Academics at Thales Academy. He and his wife Rachel live in Wake Forest, North Carolina with their two boys, Hunter and Jack.

If you enjoyed this piece, take a look at some of our other pieces here at the Journal, such as this profile of fellow abolitionist Harriet Tubman or this one on novelist and social critic James Baldwin. And be sure to check out our podcast, Anchored, where our CEO and founder Jeremy Tate interviews leading intellectuals on issues of education and culture.