Herodotus: The Meaning of the Classical Mind 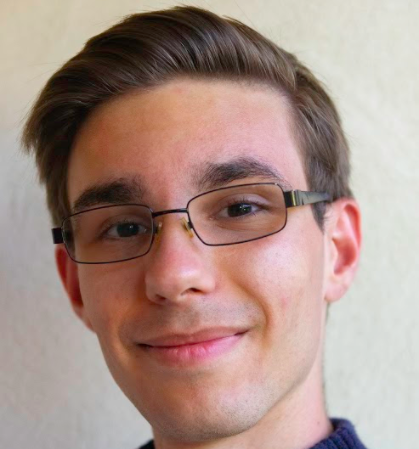 Herodotus' title as "the Father of History" is not merely conventional, but earned.

Why is Herodotus called the “Father of History,” and why is he important to read? My first in-depth exposure to this great Greek historian was reading Book I of his Histories, for a summer program at St. John’s College (a CLT partner school). Having benefited from the three stages of a classical education—Grammar, Logic, and Rhetoric—it is a privilege to share what makes Herodotus so quintessentially “classical,” and why his writing reflects values central to humanity.

Herodotus, who lived around 484-425 BC, collected much of his information through travel and word-of-mouth reports and wrote an amazingly detailed account of the Greeks, the Persians, and their wars. Such a monumental work is breathtaking, and in many ways set the standard for all historians to come. Though at times overlooked, the very way he thinks and writes is rich and demanding, both exemplifying and teaching laudable habits of mind.

First, Herodotus is a storyteller. He uses no section headers or chapter outlines to help his reader. Instead, his writing flows from one topic to the next, verbally indicating each new idea. Often, Herodotus transitions to other related topics, explaining why they are narratively and logically related. Through this process he compellingly writes stories nested several layers deep within other stories. (Notably, Ovid’s Metamorphoses also displays these features.) The result is that reading and understanding Herodotus’ work demands, and therefore builds, one’s ability to follow nested ideas and transitions. That kind of sustained, analytical, and coherently connected type of thinking is essential to the well-educated human. Herodotus thinks in such a way, and challenges us to do the same.

Men trust their ears less than their eyes.

The second aspect of Herodotus’ writing that stands out is one that gets at the heart of rhetoric. Quite frequently, he comments on and morally evaluates people, actions, and events. He describes multiple possible accounts for many of his stories and explains why he thinks a certain version is more likely. Herodotus is far from a merely “objective” source of information: he actively selects and curates what he reports; but, in the majority of cases, Herodotus gives honest and fair evaluation, setting a standard for the style of future historians that has never ceased to be influential.

Furthermore, rationally picking a side and arguing why one thinks it to be superior—these are the very soul of rhetoric, of public discourse, and of everything that the classical philosophers held dear from Aristotle to Cicero. Herodotus’ work is worth reading for that reason: he sets out to give an account full of life, dimension, and evaluation, not a distanced and “objective” one. As he says in his opening, he writes so that the marvelous deeds of all the men in his story might not become inglorious (ἀκλεής). As David Grene beautifully translates it, “…that time may not draw the color from what man has brought into being, nor [from] those great and wonderful deeds, manifested by both Greeks and barbarians …”

For us living in the modern age, it is imperative that we understand and have strong examples of language used well. Herodotus is an author who often finds the mean between complete objectivity and overt bias. The countless historians and journalists who have followed his example for millennia would agree.

Stephen Priest is a recent graduate and valedictorian of the Cambridge School in San Diego, CA, and a recipient of the CLT NAS National Award. He plans to attend Baylor University Honors College in the fall, studying the intersection of mathematics, philosophy, and linguistics.

If you liked this piece, check out this profile of Moses Maimonides, this post on the concept of desire, or this essay on Solzhenitsyn’s Cancer Ward by one of our top-scoring students.