How We Learn:
The Divided Line in Plato's "Republic" 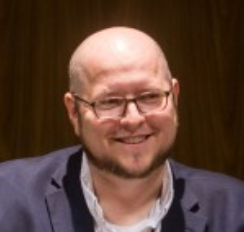 The approach to knowledge is "through a glass, darkly" for each of us in the beginning.

Imagine you are teaching someone math, from the age of a small child up through high school or even adulthood. Specifically, imagine that you are trying to teach him what a circle is. You have this child sitting in front of you or beside you, and you are about to introduce a circle. What does the lesson look like? How does it change as he gradually gets older and finally grows up? How do we learn—and does the order of it matter?

Learning is at its best and most efficient (which does not mean easy or quick) when it begins with caricatures and becomes more refined and specific as we progress. When a child encounters an animal for the first time, the first thing he notices is a sort of caricature of it: its general shape, size, and color. He may not notice immediately how may nails it has on each paw, the size of its teeth, or how long its tail is. He simply notices its dogness. The more regularly he spends time with the dog, the more he notices these finer details: details that make it this kind of dog, or this particular dog.

Isn’t the same thing true of everything we learn? Imagine again you are sitting with the child, introducing the circle. Would you begin with (x – a)2 + (y – b)2 = r2? Of course not; you would begin with a drawing of a circle, something that represents circle to him; something he can see that images a circle for him. It may not even be a circle in the sense of a geometric diagram, but a picture of something circular, like an orange or a ball or a planet. At some point (maybe quickly, maybe later) we might introduce him to circular objects that he can physically hold and touch and see. We might hand him an orange—even though we know that an orange is imperfectly circular (or rather, imperfectly spherical).

Eventually, as he learns other skills like the Cartesian grid, we can introduce him to a circle formulated as (x – a)2 + (y – b)2 = r2. And we might stop there. Or we could go on: ask him to think of the essential characteristics of a circle without thinking of the images we have shown him, or even the equation we have taught him. What is circularity? for a circle properly has no size or color or thickness or in fact anything that can be seen or touched, except when it is being represented by an image, an object, or an equation.

Just as the eye was unable to turn from darkness to light without the whole body, so too the instrument of knowledge can only be turned by the movement of the whole soul, from the world of becoming into that of being.

We can think along these same lines with an idea like justice. We can introduce a young person to the idea of justice by presenting it as an image in a story, perhaps Homer’s Iliad. Then, physical manifestations of justice in real life: in courts of law, in interactions between a shopkeeper and a customer, in a dispute between neighbors or siblings. At some point we move on to the “equation” for justice—not a mathematical equation, but rather the word itself, apart from the instances and images the student has encountered earlier in her education. And finally, as far as possible, what is justice without even the definition or the term itself, separated from all circumstantial qualities? What is its essence?

This is Plato’s divided line. For Plato, to learn a thing is, first, to encounter that thing as an image put into our minds by visual or verbal representations: pictures or statues, songs or stories or poems. This is where we begin. Moving beyond the caricature, we encounter the thing next in the physical world, entering our experience as something we can interact with. Next we separate ourselves from these circumstances (often, though not always, inessential to the thing itself) by thinking of the thing in symbolic terms—equations or names. And finally we withdraw even from the distractions that symbols can cause, and contemplate the thing in itself: circularity, or dogness, or justice. Images are at the bottom, objects at the next level above, hypotheses (i.e. mathematical equations or verbal names) at the next highest level, and the thing itself, the Form, at the highest level.

Not every individual lesson need carry us through all four divisions of the line. But every lesson can be a point on the line that is consciously aimed at moving up the line. By attending to the divided line, we could learn to stop equating justice with how the ant treats the grasshopper in Aesop’s fable, or what my sister did to my brother last night, or what the word justice makes us think of by its mere sound—and begin to contemplate justice itself. Of course, we cannot skip straight to contemplating justice without having approached it through Aesop and our siblings and the word itself. But we can put our students, our children, our own selves, on the path that helps us understand every idea, by beginning with images and working upwards.

Matthew Bianco is a homeschool father who has graduated all three of his children. He is the former Academic Director of Classical Conversations, and the current Executive Vice President of Consulting and Training for the CiRCE Institute, as well as the author of Letters to My Sons: A Humane Vision for Human Relationships.

If you liked this post, check out our author profile of Cicero, our discussion of the idea of space, or this essay by one of our top-scoring students on whether power truly does corrupt.