King: A Clarion for Justice 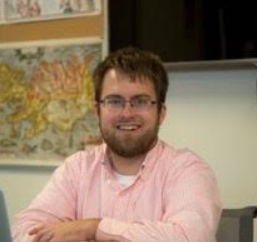 Martin Luther King's idea of justice draws its power from the full scope of our tradition.

“Never before have I written a letter this long—or should I say a book? I can assure you that it would have been much shorter if I had been writing from a comfortable desk, but what else is there to do when you are alone for days in the dull monotony of a narrow jail cell other than write long letters, think strange thoughts, and pray long prayers?”

In the six pages of his Letter from the Birmingham City Jail, Dr. King simultaneously spoke to his immediate audience and offered a universal apologetic for nonviolent civil protest in pursuit of justice. His ability in this letter rested on the twin foundations of his faith and his education. By spending years cultivating his mind, studying the texts of the western tradition, he was prepared to confront power with truth and develop a clear vision for effecting societal change. While he desired specific legislative goals (the end of segregation in the Jim Crow South), his method engaged the human imagination and conscience more broadly, for it was in changing the hearts of men and women that his hope of forging a more just civilization lay.

Societal change cannot come solely through legislative fiat, because people are more than subjects of the state. The Letter illustrates Dr. King’s command of rhetoric and natural law theory, but it also goes beyond these rational elements to address the human imagination. We can, he suggests, support injustice from a position of ignorance and complacency. To effect change, people must be made viscerally aware of the injustice in their midst. Nonviolent protest was designed to spark an imaginative engagement with issues of racial justice; the suffering it resulted in would testify to the truth of their protest: “So we had no alternative except that of preparing for direct action, whereby we would present our very bodies as a means of laying our cases before the conscience of the local and national community.”

King goes beyond the specific issues of the 1960s; by appealing to a natural law understanding of justice, he transcends his historical moment. Determining which laws are just requires an understanding that human laws depend upon a higher standard for their legitimacy. He quotes St. Augustine: “An unjust law is no law at all.” Obeying an unjust law causes one to violate his nature; the moral act lies in refusing to obey an unjust law. King restated the same principle. “A just law is a man-made code that squares with the moral law, or the law of God. An unjust law is a law that is out of harmony with the moral law.”

He thus positions the Civil Rights Movement within the great tradition of the west, religious as well as philosophic. “Just as the Apostle Paul left his little village of Tarsus and carried the gospel of Jesus Christ to practically every little hamlet and city in the Greco-Roman world, I too am compelled to bear the gospel of freedom beyond my particular hometown.” Bearing his prophetic burden, King ascends to a universal position advocating justice, equality, and dignity for all, invoking Augustine, Aquinas, and Old Testament exemplars like Shadrach, Meschach, and Abednego. Well-versed in the issues of his day, King situates the argument in strands of tradition going back to ancient Israel, Greece, and Rome, each of which extends his claims to universality.

Authentic suffering testifies to the truth in a way that transcends words. The Apostle Paul writing under house arrest, Gandhi on the Salt March, Dr. King writing in prison—these men went beyond rhetoric, and wagered their very lives to demonstrate the truth of their message. And King contributed uniquely to changing the American imagination. At a vital point in our history, he played a key role in promoting nonviolent protest as a route to effective change. In doing so, Dr. King advanced classic ideas of the human person and of the movement towards justice possible in a democracy.

We children of late modernity owe a great deal to Dr. King and those who strove beside him to identify injustice, voice the need for change, and suffer in testimony of the truth of their claims. Complete justice will not exist until the eschaton, but King’s Letter remains a seminal text calling us to pursue it.

Josh Herring is a Humanities instructor, debate coach, and Dean of Students for Thales Academy in Rolesville, NC. In his spare time, he co-hosts What’s the Res?, a podcast for the high school debate community, and reads old books.

If you enjoyed this essay, try one of our other author profiles, like St. Teresa of Avila or W. E. B. Du Bois. Or you might like this student essay comparing Aristotle’s idea of friendship to that set forth in the Bible.