Livy: The Annals of the Eternal City 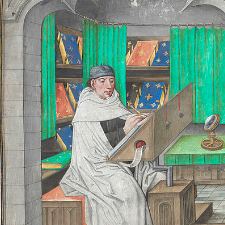 History sits at the borders of science today; in the ancient world, it was in many respects closer to an art.

When ancient literature comes up, our minds typically go to myth first—Hesiod, Sophocles, Apollonius, Ovid. History may spring less readily to mind: it is a “different subject,” and ne’er the twain shall meet. Of course, if we take a moment to think, it’s perfectly obvious that this isn’t true. Historians who are particular about factual correctness have to engage with other disciplines constantly as they gather and analyze evidence to evaluate the past, while those who are not are “telling stories” all the same, if perhaps in a more pejorative sense. Early historians of Rome tended to compile legends, myths, and annals indiscriminately, mixing conjecture and fable with genuine history. By the period of the Second and Third Punic Wars (218-201 and 149-146 BC), under the increasing influence of Greek learning, scholars in Rome began moving towards greater critical analysis. From figures like Cato the Elder, of Carthago delenda est fame, or Polybius, whose constitutional analysis of the Roman Republic was a major influence on the Enlightenment, we come to the dawn of the imperial period and to Titus Livy.

Born in the year 59 BC, Livy had come of age only about a year before Julius Cæsar was assassinated in 44. The murder plunged Rome back into civil wars, which Cæsar’s victory over Pompey had halted mere months before, and which had recurred every few years at most for the better part of a century. Under the ruinous weight of class strife, political intrigue, and these eruptions of violence, the constitution of the Republic was strained to its breaking point. Small wonder, then, that when Julius’ adoptive son Octavian (better known as Augustus) defeated all rivals and assumed undisputed the newly-minted position of Princeps—literally “the First,” though we now typically call this office “the Emperor”—the people did not revolt at the prospect of a fresh tyranny, but instead hailed him with the Greek title Σωτήρ [Sōtēr], meaning both “healer” and “deliverer, savior.”

Livy is not generally believed to have taken part in the civil wars on either side, as his histories contain basic errors about Roman military practice that most scholars believe no veteran could have made. Besides being quiet and retiring by nature, Livy came from the city of Patavium (modern Padua), a conservative stronghold loyal to the Senate,* which nonetheless received Roman citizenship en masse thanks to Julius Cæsar—fighting for either side might be viewed as a betrayal of one’s benefactors, or at the least an act of great bad taste. In any event, after the conclusion of the war in 31 BC, Livy was on good terms with the imperial household. Besides his monarchy-in-all-but-name being a relief from decades of civil war, Augustus was in many respects an old-fashioned man, promoting traditional Roman values like simplicity and piety (though he was not above ambition or cynicism for himself).

This coincided, whether by accident or design, with a patriotic literary movement, of which Virgil is the most famous exponent today. It may have been this patriotic bent which drew Augustus’ notice to Livy, whom he engaged to tutor his great-nephew and step-grandson,** the future Emperor Claudius; Livy fostered his pupil’s academic interests so well that the young man soon surprised even Augustus with his talented oratory. (This relationship, involving a less than flattering portrait of the tutor, is included in the eminent classicist Robert Graves’s historical novels I, Claudius and Claudius the God.)

All things will be clear and distinct to the man who does not hurry; haste is blind and improvident.

But Livy’s principal work was not as a tutor. Ab Urbe Condita or “From the Foundation of the City,”† covered the entirety of Roman history up to that point. He began work on the Ab Urbe, which comprised a whopping one hundred and forty-two volumes, in his early thirties; by the time he finished, he was fifty. To the regret of historians and Latinists, most of this colossal book has been lost: of the original contents, Books 1-10 and 21-45 survive complete (or near-complete, in the cases of Books 41 and 43-45), as do fragments of Books 11 and 91. The first ten volumes cover the mythical founding of Roman society by Æneas and other survivors of Troy, the monarchy, the early Republic, and several early wars with rival tribes in Italy (about 753-293); the twenty-first to forty-fifth embrace the Second Punic War and various wars in the eastern Mediterranean, principally against Macedonia and the Seleucid Empire (from 219 to 166). Of the remaining hundred and five volumes, we have at most a handful of quotes or summaries, and often not even that. Nonetheless, what we do possess has been treasured by scholars of the ancient world since the Middle Ages; Niccolò Machiavelli wrote a series of commentaries called Discourses on Livy, examining the nature and “life cycle” of societies and their constitutions.

Titus Livy and Ab Urbe Condita represent an essentially different form of history-as-a-discipline than we are accustomed to today. The modern historian typically approaches her material like a judge or a detective: what did or did not happen, and under what circumstances? This element of historical study was not unknown in antiquity. But the other approach goes back to the literary motives we began with: history as story, as the domain of Clio the Muse. Accuracy might be, and often was, discarded in favor of what was “fitting,” i.e. instructive or inspiring; and this was not necessarily considered dishonest, because “passing on our story” was a worthwhile pastime and a duty to one’s ancestors. It is by no means impossible to strike a balance between the honesty of “detection” history and the beauty of “edification” history, but it is exceedingly difficult, especially if you are not trying to; and there is little evidence Livy was trying to (or claimed to be). C. S. Lewis expresses the pre-modern mindset in The Discarded Image:

“It is my duty,” says Herodotus, “to record what has been said, but not always to believe it.” … The medieval purchaser of a manuscript which purported to give the British or Trojan story did not want some individual clerk’s opinions about the past, presumptuously setting themselves up against what “hath received approbation from many.” … I am inclined to think that most of those who read “historial” works … believed their matter to be in the main true. But I feel much more certain that they did not believe it to be false. I feel surest of all that belief or disbelief was seldom uppermost in their minds.

And it must be said, the “Livian” type of history has both its usefulness and its charm. Perhaps, in our day and age, where strict truthfulness is frequently compelled to give place to something more convenient—by people of all convictions and of none—we more urgently need historians like Ida B. Wells or Aleksandr Solzhenitsyn, whose commitment to fact was not daunted even by threats against their safety and lives; but it is a consolation, all the same, to peer through the window of time into a moment when embroidery would not mislead.

*Roman politics in the late Republic and early Empire was dominated by two groups, the optimates (“the best people”) and the populares (“the populists”). These were a bit like political parties, but there was no legal association like in modern democracies, still less an official structure or platform.
**The Julio-Claudian dynasty is less a tree than a thicket, due to a multitude of divorces, remarriages, and adoptions. Claudius was Augustus’s great-nephew through his mother, the daughter of Augustus’s sister; through his father, he was the grandson of Augustus’s second wife.
†So named from the standard system of dating in ancient Rome. The traditional year of the city’s founding equates with 753 BC, so dates in the AUC system can be calculated by adding 753 to the present year anno Domini; we are now in the year 2776, or MMDCCLXXVI, ab urbe condita.

Gabriel Blanchard is an uncle of seven nephews, a freelance writer, and CLT’s editor at large. He lives in Baltimore, MD.

If you enjoyed this piece, you might like some of our other profiles of historical and civic works, including Josephus, St. Bede, Magna Carta, Bartolomé de Las Casas, and Hannah Arendt. And don’t miss out on our podcast, Anchored.

Published on 9th January, 2023. Page image of a portion of Trajan’s Column; author portrait, a selection from a miniature of Vincent of Beauvais.