Machiavelli: The Power of Education in the Classics 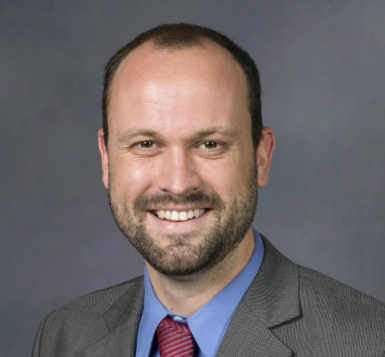 The benefits of a sound education can outshine even serious flaws of worldview.

Niccolo Machiavelli may not make the list of the most admirable people, heroes of history, or role models (unless you are an aspiring tyrant or Fortune 500 CEO). His best-known work is The Prince, which reads like a Medieval version of Sun Tzu’s The Art of War. Despite his negative reputation, his influence upon Western culture is undeniable. Nothing short of brilliant, his works went on to influence the course of Western civilization, impacting the likes of Thomas Hobbes, Jean-Jacques Rousseau, Francis Bacon, and Friedrich Nietzsche.

Machiavelli’s brilliance must be understood in the context of realpolitik. This refers to politics based on practical and material factors, rather than on moral or ethical objectives. Essentially, realpolitik is a worldview utterly devoid of God, of purpose, and of values. The only thing that matters is the preservation of the self and of the state, which exists to serve the purposes of its leader. This is what Machiavelli is all about, and he is thoroughly consistent in his handbook for politicians on how to achieve this end. For this very reason, reading Machiavelli is one of the most fruitful endeavors one can undertake in seeking to understand the complexity of the historical and contemporary geopolitical landscape.

But what other value can be gained from the reading of Machiavelli, if any? One clear benefit for modern readers is in seeing the power of a classical education. In a letter to his friend Francesco Vettori, written in 1513, Machiavelli demonstrates the awe that he has for classical authors; he writes:

“When evening comes, I return to my home, and I go into my study; and on the threshold, I take off my everyday clothes, which are covered with mud and mire, and I put on regal and curial robes. And dressed in a more appropriate manner I enter into the ancient courts of ancient men and am welcomed by them kindly, and there I taste the food that alone is mine, and for which I was born; and there I am not ashamed to speak to them, to ask them the reasons for their actions; and they, in their humanity, answer me. And for four hours I feel no boredom, I dismiss every affliction, I no longer fear poverty nor do I tremble at the thought of death. I become completely part of them.”

"It is not titles that make men illustrious, but men who make titles illustrious."

As a student of the classics it is hard to imagine, regardless of the person in question, that the heart of a lover of these ancients would not resonate with the above sentence. What reverence Machiavelli had for the ancients! Would we not delight to have such a student in our classroom, wholly and voraciously devouring every word of every text we assign!

Even in The Prince, Machiavelli actually gives solid counsel regarding these ancients, saying:

“Since men almost always tread the paths made by others and proceed in their affairs by imitation, although they are not completely able to stay on the path of others nor reach the skill of those they imitate, a prudent man should always enter those paths taken by great men and imitate those who have been most excellent, so that if one’s own skill does not match theirs, at least it will have the smell of it; and he should proceed like those prudent archers who, aware of the strength of their bow when the target they are aiming at seems too distant, set their sights much higher than their designated target, not in order to reach such a height with their arrow but rather to be able, with the aid of such a high aim, to strike their target.”

This is right in line with what we hope our students will gain from their education. We hope that they will read the men and women who have gone before them, and that even if they never achieve what those authors did, their lives might “have the smell of it.”

Josh Dyson is Head of School at the Classical School of Wichita. This essay was adapted from a piece posted on The Classical Thistle.