Tolkien: Enchanting the Mind with Truth 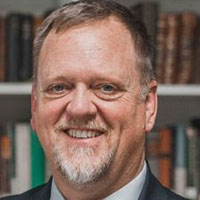 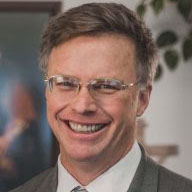 Tolkien's fairy tales, far from being fit only for children, are an intellectual gold mine.

Including J.R.R. Tolkien on a list of the greatest authors of the twentieth century might surprise some. Tolkien is widely known as the author of The Hobbit and The Lord of the Rings, which codified modern fantasy fiction, often considered the province of children and young adults. But though The Hobbit began as a playful story for his children, Tolkien did not write his serious fiction for children, but for adults, especially adults like himself. As he put it,  “The prime motive was the desire of a taleteller to try his hand at a really long story that would hold the attention of readers, amuse them, delight them, and at times maybe excite them or deeply move them. As a guide I had only my own feelings for what is appealing or moving …”

And Tolkien was no child. A highly learned man, he began his career producing entries for the Oxford English Dictionary, and ended it as a respected Oxford professor of English Language and Literature. Tolkien was a lover of great literature, most of which he read in its original languages. He particularly loved mythology, especially that of the Norse gods, and the great body of Germanic and English fairy tales. He had a passion for languages themselves: their sounds, powers of expression, and intricate histories. He loved the wild natural world, from mountain passes to quiet woods and glens; at the same time, he had a deep and abiding affection for his home: the English countryside and the farmers and villagers who dwelt there, simple food and beer, conversations with close friends, and making smoke rings. Above all, he loved his Catholic faith.

Tolkien’s loves impelled him to create. He no doubt felt what he put in the mouth of one of his Elves:  “We put the thought of all that we love into all that we make.” He created languages and worlds and characters and histories permeated by his loves, in which he could unlock their power to enchant. But to enchant learned, serious adults, the mind as well as the heart must be satisfied. In his extended essay On Fairy-stories, he explained, “The story-maker proves a successful ‘sub-creator.’ He makes a Secondary World which your mind can enter. Inside it, what he relates is ‘true’: it accords with the laws of that world. You therefore believe it, while you are, as it were, inside.”

"Fantasy remains a human right: we make in our measure and our derivative mode, because we are made: and not only made, but made in the image and likeness of a Maker."

Tolkien was deeply careful, even obsessive, in writing his stories so as to ensure that the mind would be satisfied, as it came to know his sub-created world more completely and asked ever deeper questions of it. The appendices to The Lord of the Rings cover thousands of years of imagined chronologies and genealogies, histories of races, languages, alphabets, and calendars—these were all in Tolkien’s mind, providing the cultural backdrop that makes his characters and storylines so richly compelling.

Above all, Tolkien strove to make his sub-created worlds harmonious with the theological truths of Christianity. He believed that, as he dedicated himself to his craft, he was opening himself to be an instrument of the truly creative Power: “Probably every writer making a secondary world, a fantasy, every sub-creator, wishes in some measure to be a real maker, or hopes that he is drawing on reality: hopes that the peculiar quality of this secondary world (if not all the details) are derived from Reality, or are flowing into it.” In particular, he labored to give his readers an experience of joy beyond tragedy (for which he coined the term eucatastrophe), which he hoped might “be a far-off gleam or echo of evangelium in the real world.”

If a liberal education claims to introduce students to great works of literature, history, philosophy, and religion that they might not take up on their own, to help prepare them for a lifetime of learned reading, the works of J. R. R. Tolkien certainly merit inclusion. Not only do they bear the marks of great literature, but their relatively contemporary style makes their power more readily felt by students of our day than that of the epics of past ages. The fortuitous invention of the hobbits, and their insertion into a universe inspired by what was best in the ancient and medieval worlds, allows our modern democratic souls to drink deeply from those sources. Indeed, in his works, millions of adults of our own day experience the same formation of heart and mind that works like the Iliad and the Æneid exercised on the ancient Greeks and Romans.

Michael J. Van Hecke, M.Ed., is the President and a founding member of the Institute for Catholic Liberal Education (ICLE). He also serves as President of St Augustine Academy in Ventura, California.