Sophocles: Compassion as the Essence of Man 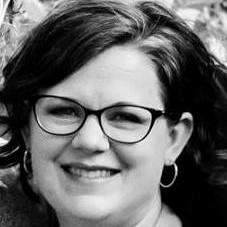 Sophocles renders suffering in drama a window into what it means to be human.

On any given list of things everyone must learn about in school, suffering doesn’t usually make the top five. Sophocles, however, has a great deal to say about suffering, and on account of the fact that his plays have survived for over 2,400 years, perhaps we should listen. At the end of Oedipus Rex, the audience is invited to behold Oedipus in his blind, self-inflicted suffering and we are told that while we may shudder at the sight, there is much wisdom to be had from it.

Sophocles (496-406 BC) was one of those rare authors whose greatness was recognized in his own time. He competed thirty different times in Athens’ drama festival and won outright on twenty-four occasions, while in the other six he still earned second place. The Theban Plays (Antigone, Oedipus Rex, and Oedipus at Colonus) are his best known, in part because Aristotle declared Oedipus Rex the perfect tragedy; they are each brilliant in their own right, and deal with overlapping characters and themes that are challenging for anyone, especially for students who are likely for the first time encountering the grief and despair that Sophocles articulates.

If one of the main ideas of a liberal education is understanding what it means to be human, then dealing with suffering ought to be a major thread in that conversation. Suffering, hubris, truth, empathy, justice—these themes all enter into the story of Oedipus. But why teach suffering to our students through his work? Because Sophocles turns one of the great questions of the Great Conversation on its head, and he uses suffering as the medium to take us there.

"I too was reared
Like thee, in exile, and in foreign lands
Wrestled with many perils, no man more.
Wherefore no alien in adversity
Shall seek in vain my succor, nor shalt thou ..."

Oedipus Rex opens on his city, Thebes, suffering from a plague. In his search to find relief for his citizens, Oedipus eventually learns that he himself is the reason his city is being afflicted, and he must be exiled. When he learns the truth about his past, he must suffer under the knowledge of that truth for the rest of his life: he has killed his father, married his mother, and his children are his own half-siblings conceived in incest with her. When his mother-wife commits suicide, he blinds himself with the pin of a brooch he tore from her robe. He then wanders in darkness and exile with the knowledge of his story, without any resolution. True to the structure of Greek tragedy, Sophocles offers no escape to our minds. Oedipus’ suffering must be endured. There is no act break, no comic relief, nothing for the audience to do but watch it happen.

Yet what can they or we possibly learn from that? Oedipus’ life and misfortunes certainly bear no similarity to any situation in which we or our students find ourselves. The Chorus tells Oedipus that he would be “better dead than blind and living.” Given the circumstances, this suffering is warranted, and he would be more at peace in death. As repulsed as the audience surely is by Oedipus’ blood-clotted beard and darkened eyes, he proclaims: “Approach and deign to touch me for all my wretchedness and do not fear.” The audience is invited to participate, in suffering of the worst kind imaginable, without fear.

Here is what it seems Sophocles wants us to learn: in the face of suffering, the question of what it means to be human is not being posed to the one who suffers, but to those whose lives are comfortable and pleasant. Oedipus challenges us to forsake the role of bystanders and involve ourselves in the anguish of another. Will we enter into the suffering of others with courage, grace, and humility? If we leave those who are suffering to endure their grief alone, what is to be said of us? If we turn away from those among us who are suffering because we are not willing to see it, are we really human? Our students will hopefully be able to move beyond the strange and dreadful nature of Oedipus’ life, and see that this play is not about whether Oedipus in his suffering is human, but rather about how we respond to the suffering of those around us. Until suffering is eliminated from the face of the earth, Sophocles’ plays will remain a timeless challenge.

Rachel Greb is a teacher and Curriculum Officer at Jackson Hole Classical Academy in Jackson, WY.