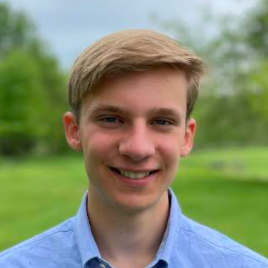 "Congress shall make no law abridging the right of the people peaceably to assemble."

It was a sweltering summer day in 1774. A group of colonists sat calmly together in  Philadelphia. What was happening in the city of brotherly love? Were they in an upper room  behind locked doors hiding from the British? Or were they in the basement digging an underground bunker?

In fact, they were a group of almost sixty patriots discussing the future of their  land. This gathering included George Washington, John Adams, Patrick Henry, Benjamin Franklin, and Thomas Jefferson. Though the mere topic of their discussion could have cost them their lives, they were in no way hiding from the British; on the contrary, they were gathered  in Carpenter’s Hall, a building comfortable enough for the entire group. This gathering was the First Continental Congress.

By the hand of Divine Providence, our Founding Fathers collaborated directly under the  noses of the British. Perhaps the British thought that their rule over America could not be shaken by these meetings; perhaps they thought that most of the citizens of the thirteen colonies were  loyal to the king and would not listen to the patriots’ distinctive views. Regardless, the  thoughts of the British leadership in 1774 are of little significance to the modern American. What is significant to us today is the very fact that these meetings ensued. In the years following the Continental Congress, the status quo of British rule in America  was not simply shaken but completely obliterated. And all of this began with peaceful gatherings that were ignored by the British.

Once the Revolutionary War ended in an efficacious victory, these great leaders did not forget the small victories they had scored in their numerous peaceful assemblies. In fact, they  not only remembered these assemblies but ensured the right of gathering to future assemblies, by drafting that right as part of the very first amendment in the Bill of Rights. These leaders  knew the noble importance of this amendment for the future of our democracy. And here today in 2021, the First Amendment remains, two hundred and thirty years after the Bill of Rights was ratified as part of the Constitution of the United States of America: “Congress shall make no law abridging the right of the people peaceably to assemble.” These men recognized that a  government for the people and by the people must allow the people to gather freely, to inspire beneficial change. Indeed, our Founding Fathers recognized that the freedom to gather is the  driving force for the growth of every nation—and for freedom.

God grant, that not only the love of liberty, but a thorough knowledge of the rights of man, may pervade all the nations of the earth, so that a philosopher may set his foot anywhere on its surface and say, "This is my country."

Conversely, when a government restricts the right to gather, they are stunting change and thus the liberty of their citizens. Often, however, nations’ leaders do restrict the right to peacefully  gather in order to keep control. Gatherings unite people; united people ignite change. Today,  when our government continues to forbid gatherings that just two years ago we took part in daily—church, sporting events, family reunions, school, political gatherings, etc., all of which were peaceful. There must be a line that our government cannot pass; we, as the people of this great nation, must not allow this line to be pushed back past where our Founding Fathers established it  such a long time ago.

Communist China is a nation with a government set on complete control: for example, the only churches that are tolerated are those approved by the government. According to The Insanity of God by Nik Ripken, the leaders of the many small house churches across the nation expect to be  eventually sent into prison for a three-year sentence. These leaders have no fear and continue to  spread their message of freedom and faith in Christ throughout China. The Chinese government recognizes that people with a sincere faith are a threat to a regime that suppresses the freedom of the people.

Therefore, we cannot now overlook and disregard what we took for granted for over two  centuries. With large and even small gatherings forbidden in much of the United States in 2021, let us hold fast to the right that the Founding Fathers included in the very first amendment of the Bill of Rights. Let not today’s unknowns and fears lead us onto the complacent path that  willingly relinquishes the liberties earned through so much blood and sacrifice over two hundred years ago.

Keith Graybill Jr. is a homeschooled high school junior. He lives in West Virginia, and enjoys playing soccer and participating in IFCA Bible Quizzing. He is considering attending Grove City College and majoring in computer science.

If you enjoyed this essay, take a look at some of our other content here at the Journal, like this “Great Conversation” piece on the idea of God or this discussion of the role of poetry in education.