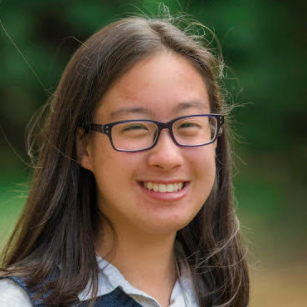 The fusion of justice and mercy may seem paradoxical, but it is indispensable.

Now more than ever, it seems that problems in understanding justice and mercy are at the source of our societal divisions and conflicts. Fortunately, many classic works of theology, philosophy, and literature provide ample material for the correct understanding of justice and mercy. These works and their authors could give much needed healing in our troubled times today.

As human virtues, justice and mercy are not separable, because Christ uses them together. The Second Vatican Council states that Jesus teaches man about himself and sheds light on the confusion surrounding human nature: “Christ, the final Adam, by the revelation of the mystery of the Father and His love, fully reveals man to man himself and makes his supreme calling clear.” Thus, the life of Christ provides a perfect aid for understanding human justice and mercy.

In his Summa Theologiæ, St. Thomas Aquinas supplies definitions for justice and mercy. “Justice is a habit whereby a man renders to each one his due by a constant and perpetual will,” and “Mercy is heartfelt sympathy for another’s distress, impelling us to succor him if we can.” While justice concerns reason, mercy is a specific form of charity, focusing on sorrow for another. Mercy takes its name from the Latin word misericordia, denoting a man’s compassionate heart (miserum cor) for another’s unhappiness. For this reason, one can substitute the words ‘pity’ and ‘sympathy’ for mercy.

In the Gospel of John, Jesus put into action the true relationship between justice and mercy, when the scribes and Pharisees challenged Him to judge an adulterous woman. According to Jewish law, this woman deserved stoning for her sin. In his article “Justice and Mercy,” Fr. Paul Scalia notes: “If He [Jesus] chooses justice and allows them to stone the woman, the crowds will resent his lack of mercy. However, if He extends mercy and lets her go, the leaders will charge Him with injustice. He must, they think, choose either justice or mercy. Instead He chooses both.”

The Jewish leaders thought that they had set a trap for Jesus, because they did not understand how to use justice and mercy together. Jesus surprises them by deciding: “Let the one among you who is without sin be the first to throw the stone at her.” He flawlessly melds the two human virtues. Following Christ’s example, humans can meld justice and mercy too.

Being all fashioned of the self-same dust,
Let us be merciful as well as just.

One cannot act with true justice without also being merciful. Strict justice is simply ruthless cruelty, as Aquinas noted earlier. In Victor Hugo’s Les Misérables, Jean Valjean’s long sentence of hard labor illustrates this type of justice. Before the institution of the New Covenant, man resorted to such justice: “Anyone who injures their neighbor is to be injured in the same manner: fracture for fracture, eye for eye, tooth for tooth.” Ever since the Fall, humans have needed to exercise mercy in our relationships with fellow men, but first they had to learn justice. Then, Christ taught humanity the true meaning of mercy, through his redemptive sacrifice on the cross. While mercy does temper justice, as a virtue, it cannot simply be the result of an emotion. Instead, it is an act of the will, grounded in reason and justice. Portia, the clever attorney in Shakespeare’s The Merchant of Venice, points out: “Earthly power doth then show likest God’s / when mercy seasons justice. Therefore, Jew, / though justice be thy plea, consider this: / that in the course of justice none of us / should see salvation.”

One cannot be truly merciful, without also being just. Without justice, mercy is milquetoast. No one would be punished for anything. Parents who never discipline their children employ too much mercy and not enough justice. In Dives in Misericordia, Pope St. John Paul II argues: “True mercy is, so to speak, the most profound source of justice … Mercy that is truly Christian is also, in a certain sense, the most perfect incarnation of ‘equality’ between people, and therefore also the most perfect incarnation of justice as well.” Equality corresponds to justice. Mercy does not merely entail looking down on a criminal and deigning to reduce his sentence. Humility links justice to mercy. A judge is merciful, when he realizes that he too is a sinner, and so empathizes with the criminal.

During the Sermon on the Mount, Jesus proclaimed: “Blessed are the merciful, for they shall receive mercy.” Mercy comes around a full circle to the one who originally exercised it. In The Fellowship of the Ring, by J. R. R. Tolkien, Gandalf and Frodo converse about Gollum. Frodo exclaims: “What a pity that Bilbo did not stab that vile creature, when he had a chance!” Gandalf replies: “Pity? It was Pity that stayed his hand. Pity, and Mercy: not to strike without need. And he has been well rewarded, Frodo. Be sure that he took so little hurt from the evil, and escaped in the end, because he began his ownership of the Ring so.” Like charity, mercy returns to bless those who are merciful.

These authors provide a picture of the relationship between justice and mercy that is much needed today, complex and nuanced. In order to better grasp the traditional logic binding justice and mercy, one must be steeped in the classics. Classic works provide intellectual formation for complex issues. This is one of the reasons why classical education throughout the developmental years is essential for our world today.

Bernadette Woltering is a junior at Holy Family Academy in Manassas, Virginia. She is considering several Catholic colleges in the Newman Guide for Catholic Colleges.

If you enjoyed this post, take a look at some of our other content here at the Journal, like this author profile of Mary McLeod Bethune, these “Great Conversation” pieces on evolution and rhetoric, or this student essay on the work of Edmund Spenser.