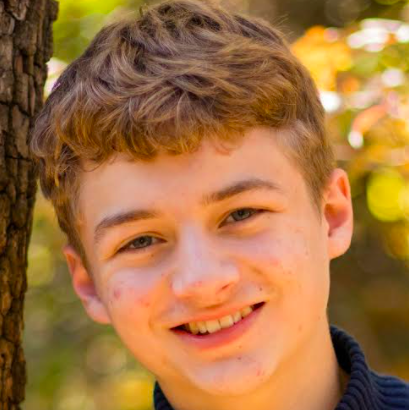 The Old English epic and the biblical book share the same lament and the same hope.

Ecclesiastes is a sobering book, arguably the toughest piece of wisdom literature in the Bible. It argues that victory in life is improbable, evil often triumphs over good, age destroys the glory of youth, and death undoes all the good we accomplish. But in the end, Ecclesiastes reminds us that our hope is not in this world but in the one to come. The philosophy of Ecclesiastes is embodied in the Anglo-Saxon legend of Beowulf, which laments the tragedy of death but encourages us to place our hope in the eternal.

The first half of Beowulf tells a classic hero story. The legend’s main character, the eponymous Beowulf, represents the Anglo-Saxon heroic ideal. The poem describes him as “in valor strong and in … mind prudent.” When Beowulf hears how the marsh monster Grendel murders anyone who stays the night in King Hrothgar’s royal hall, he promptly sails to King Hrothgar’s aid. The next time Grendel strikes, Beowulf, using his own two hands and renowned brute strength, rips one of Grendel’s clawed arms off. Fleeing back to his lair, Grendel soon dies of his wound.

Most tales of heroism would end at this point—the hero victorious, his people safe—but Beowulf dares to tell the full story, reminding us that no hero can forever escape death. In the final section of the tale, Beowulf, now an eighty-year-old king, hears of another monster, a dragon torching the countryside in revenge for stolen treasure. Despite his age, Beowulf challenges the dragon. When the dust settles from their battle, both he and the monster lie dead. Kingless, his people lament that they now lie vulnerable to attack and enslavement from rival tribes. And so, despite his early victory against Grendel, Beowulf’s story ends in defeat.

The moral of the poem, as J. R. R. Tolkien explains in his famous essay Beowulf: The Monsters and the Critics, is that “each man and all men, and all their works shall die.” This death is the one evil no human hero can defeat, no weapon can destroy, no strength or prudence can protect us from. Ecclesiastes 3:20 laments this same tragedy: “All go to one place. All are from dust, and to dust all return.” Ecclesiastes 2:16b mourns how “the wise dies just like the fool” (and, presumably, the valiant dies just like the coward). Regardless of the victories and glories of Beowulf’s life, death has the final word in his story, undoing what he strove for and leaving his people defenseless.

But neither Beowulf nor Ecclesiastes leaves us without hope. In fact, they both offer a hope more certain and more glorious than any hope of earthly triumph. Beowulf himself recognized that death would be his final end, and this was the very reason he fought. In his own words, “To each of us shall come in time the end of life in the world; let him who may earn glory ere his death. No better thing can brave knight leave behind when he lies dead.”

A light starts, and there is a sound of music; but the outer darkness and its hostile offspring lie ever in wait for the torches to fail and the voices to cease.

Why? Because Beowulf saw beyond the curtain of death. He knew he would give an account for his actions before a righteous judge. And this is the victory hinted at in Beowulf’s death—the poem states, “From his bosom did the soul depart to seek the judgement of the just.” We find exactly the same hope in the last two verses of Ecclesiastes. “The end of the matter; all has been heard. Fear God and keep his commandments, for this is the whole duty of man. For God will bring every deed into judgment, with every secret thing, whether good or evil” (Ecclesiastes 12:13-14). Beowulf’s hope, untarnished by death and defeat, was that he had done his duty and could await his final reckoning in peace. The poet of Beowulf says it best:

Woe shall be to him that through fiendish malice shall thrust down his soul into the fire’s embrace, to look for no comfort, in no wise to change his lot! Blessed shall be he that may after his death-day go unto the lord and seek peace in the bosom of the Father!

I love the legend of Beowulf, because it points to the special glory of fighting when defeat is inevitable. Tolkien refers to this in his essay as “the worth of defeated valor” and the “value of doomed resistance.” This concept appears in his own book, The Lord of the Rings, where King Théoden makes a final charge against the overwhelming tide of Orcs assaulting Helm’s Deep (although in Tolkien’s tale, unbeknownst to Théoden, help would soon arrive). Such defiance in the face of overwhelming evil inspires us because it testifies that while good may face temporal defeat, its eternal victory is sure. In the words of Beowulf, this world is “swift-passing,” and in the end both Beowulf and Grendel will stand before an all-powerful judge. I find this truth quite relevant today. I could easily be discouraged when the forces of evil triumph, but I remember that even fighting against a seemingly unstoppable foe still means something, because it is seen by a righteous judge. We are called not to earthly victory, but to faithfulness—living in light of the day we will stand before our Maker. And this radical courage can be a powerful form of evangelism, because it witnesses to the world that Christians really believe what they say about eternity.

Finally, while no mere man can conquer death, we should remember the one who did. Beowulf alone held the power to defeat the monster—in the words of King Hrothgar, “Now once more doth hope of help depend on thee alone.” Christians too have a lone Savior, one who saved us from an enemy we were helpless against. When through the book of Ecclesiastes and the tale of Beowulf we meditate on the inevitability of our death, our hearts should turn to praise the one who conquered death, Christ Jesus. His resurrection is our only hope against it.

An Iowa native, Caleb was homeschooled for most of his life, but now lives outside Washington, DC, where he is a junior at Immanuel Christian High School. He is considering several possible majors, including theology, literature, and engineering, and multiple schools, such as Grove City College and Patrick Henry College, as well as Southern Baptist Theological Seminary. In his free time, he plays strategy games, reads, and works on the fantasy series he hopes to publish one day.

Each time we administer the CLT, we invite our forty highest-scoring students to contribute a piece to the Journal. Congratulations, Mr. Dummermuth! If you enjoyed this essay, try some of our others here at the Journal, on topics ranging from astronomy to music to languages.