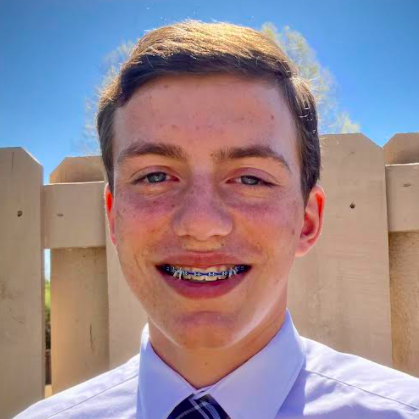 "Seizing the day," in the sense that Horace originally meant the phrase, is a subtler and wiser thing that it appears.

Carpe diem. This elegant Latin phrase has become a cliché: these words summarize the “You Only Live Once” mentality which dominates American popular culture. People most commonly use this quote to defend a hedonistic lifestyle. But did Horace, the poet who composed the saying, intend it as a call to indulge in unrestrained pleasure-seeking? Closer contextualization of the saying, as well as study of Horace’s personal life, further identify the idea of “carpe diem” as wise and controlled enjoyment of life’s blessings, rather than wanton, hedonistic pursuit of our basest appetites.

Translating carpe diem as “seize the day” is an inaccurate and sloppy use of Latin vocabulary. Carpe, a form of the verb carpo, means “to pluck” or “pull.” This verb does not refer to the violent seizing of an object, but rather the careful gathering of fragile flower petals; translating the quote as “Pluck the day” better shows Horace’s original meaning of carpe diem. This diction evokes images of tender, fleeting rosebuds in the reader’s mind. Plucking a flower is a careful, restrained maneuver, because a flower is delicate and easily damaged. Seizing an object is an abrupt and violent action, often the impulsive response to feelings of loss or jealousy. Thus, Horace does not advise a person to pursue whatever feels good in the moment despite any consequences. Rather, he tells readers that whenever they encounter life’s “rosebuds” of simple pleasure, they must recognize and savor them in a responsible manner. His lesson is not to live in the moment, in the sense of debased, instinctual pleasure-seeking, but to enjoy the moment, because the wholesome, happy times in our uncertain lives pass by quickly.

Indeed, Horace experienced his share of unexpected sorrows and joys before he penned the immortal words “carpe diem.” As a young man, Horace studied at the Academy in Athens, where he was surrounded by the greatest thinkers of the Epicurean and Stoic philosophical traditions. However, his studies ended abruptly when Horace decided to fight for the Republic under Brutus at the Battle of Philippi. Augustus and Mark Antony crushed the Republican forces; Horace fled from the battlefield humiliated, and uncertain if his life was in danger, since he had fought for the losing side. Horace received amnesty, but at the cost of his family’s remaining wealth. He received a job in the civil service and wrote poetry in his spare time. This hobby brought him acclaim among influential Roman leaders, and he rose to be one of the favorite artists of both the rich artistic patron Mæcenas and Augustus Cæsar himself.

Luxurious food and drink do nothing to protect you from harm. ... Real value is not generated by theaters, or baths, or perfumes and ointments, but by philosophy.

By the time Horace penned his Odes 1-3, in which we find “carpe diem,” he had experienced the highs and lows of the human experience: extremes of poverty and comfort; safety in Athens and unrest in Rome; uncertainty about his future and relative security in the present. Is it likely that a man who had gained the wisdom of experience would encourage his readers to indulge their basest lusts? Horace wrote the Odes just after he turned forty, and the poems offer many words of advice to younger, less experienced readers—not that they should live a life of unrestrained impulse, but in order that they could live a life of wise self-control. After exhorting his readers to “pluck the day,” Horace also commands them to “trust in the future as little as possible.” These words do not reflect the ideas of someone who believes that people should riotously “eat, drink, and be merry, for tomorrow we die.” Instead, they come from a wise, middle-aged man who has learned the importance of enjoying even the simplest pleasures of the present.

Nevertheless, Horace’s poetry does not suggest that he was some kind of prude; rather, he advises his readers to avoid living by unwise extremes. Horace opens Odes 1.11, the poem which contains “carpe diem,” by telling young people that “it is wrong to know what ends the gods have given.” He seems to take comfort in his own powerlessness: every person’s life has already been determined—by fate, or the divine, or whatever else directs it outside of mankind—and therefore, no one should be anxious about the future, because it is beyond our ability to control. This lack of agency, Horace argues, should spur people on to govern what they can: their behavior and their present decisions. Odes 1.11 and other poems do reference drink, sex, and food. Yet Horace does not view these things as pinnacles of the human experience. He instead views the intentional and wise plucking of a pleasure-filled moment as an act which will bring serenity in the present and forge fond memories in the future. These benefits, however, are impossible to glean out of the inevitable regret which stems from overindulgence of any appetite.

To return to the metaphor of these moments as “rosebuds,” a flower may bring joy to people when they savor the sweetness of its aroma, the softness of its texture and the delicacy of its hue; but seizing it will crush it beyond recognition. It is the same thing with pleasure. Horace has nothing against eating good food, pursuing romance, or hoping for the future, but warns that people often chase these things to an extent that dulls or harms them. He advises us to pursue all things wisely: to carpe diem, enjoying simple pleasures and governing our behavior in the present, because we cannot control the world around us.

Rhys Woodard is a high school junior from Taylors, SC; he currently is a boarding student and Honors Scholar at the McCallie School in Chattanooga. He plans to attend either Hillsdale College or Grove City College and major in English, with career aspirations of teaching in a private secondary school. In his spare time, Rhys runs track and cross country, serves in his church and at various Bible studies, and leads political discussions.

Each time we administer the CLT, the highest-scoring students from that test are invited to write a piece for the Journal. Well done, Mr. Woodard! If you enjoyed this piece, you might also enjoy this author profile of Hannah Arendt, this reflection on the nature of children and its implications for how we educate, or this essay from another of our top students on the history of rights in Anglo-American law.