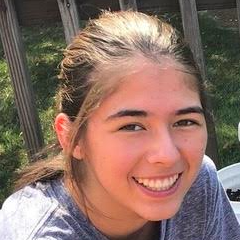 In the time of Plato, a man who had lived his whole life in the same cave was dragged into the sunlight for the first time. Around three hundred years later, another man walked out of a cave after being dead for three days. In addition to the parallel of the cave, both men play a significant role in communicating their own worldview’s understanding of salvation. While both situations seem improbable, the former is a character in Plato’s allegory of the cave from his Republic, but the latter is the Son of God. At first glance, Plato’s view of salvation may look identical to a Christian’s as both involve a crossing from dark to light, but they differ on key steps of the journey.

The Christian view of salvation is that the basic problem for mankind is sin. Paul clearly states that the problem with this world is sin because “everyone has sinned.” There are varying definitions of sin, but they have one aspect in common: sin is an action that separates one from God. This is a problem because humans are choosing to ignore the God who created them. This results in disaster, of which there are many examples throughout history from the Tower of Babel to Communism to World War II.

Plato, on the other hand, in the Republic, “liken[s] the domain revealed through sight to the prison home.” Plato believes that the trouble with mankind is that they settle only for what they see. He knows that there is much more to the world than what is immediately visible, so the problem lies in the fact that when humans do not try to know reality, they end up in a caged state of mind, unable to truly understand the world.

Although knowledge is important in the process of salvation, the Bible maintains that it is not the way one is saved. The Bible clearly outlines what one needs to do to receive salvation: “If you confess with your mouth that Jesus is Lord and believe in your heart that God raised him from the dead, you will be saved.” Although one must have some measure of knowledge about something to believe in it, the requirements in Romans are not completely based upon knowledge. James points out that “even the demons believe” that there is one God, but they will burn when that time comes, so biblical deliverance cannot come solely from knowledge; one must also accept the grace of God and profess Jesus as the Lord of their life.

Knowledge is the food of the soul; and we must take care, my friend, that the Sophist does not deceive us when he praises what he sells.

Plato, by contrast, states that “in the knowable the last thing to be seen … is the idea of good.” According to Plato, the “idea of good” stands at the top of the tier of knowledge. When a person starts gaining knowledge, they come closer to reaching full salvation from ignorance, which is the central concern in Plato’s worldview. After long continuing on the journey of knowledge, one reaches the point of knowledge of the good, and then they are fully saved. While knowledge can be an aid to the salvation of a Christian, it is itself salvation for one who follows Plato.

Platonists and Christians do agree, though, on the manner of finding salvation. In every account of salvation in the Bible, an outside source, such as another person, introduces one to the good news of Jesus Christ. Paul has a vivid revelation because “[a]s he was approaching Damascus on this mission, a light from heaven suddenly shone down around him.” This example is on the extreme end, as God reveals Himself in many different ways. What this passage does illustrate, though, as do other conversion stories, is that humans are incapable of finding light inside themselves. Instead, because humans are trapped in the dark by the sin, another must point them in the direction of the light. One of the men trapped in the cave of Plato’s analogy also experienced the light when “someone dragged him away from there … and didn’t let go before he had dragged him out into the light of the sun.” In this scene, the light is representing the savior as knowledge. Although Plato does not agree with Christians on what the savior truly is, he understands that humans cannot look inside themselves for salvation. If the unnamed someone in the allegory had never dragged the man out of the cave, the man would have never found the light.

Although Plato and Christianity disagree on the issue afflicting mankind, and do not entirely agree about the method of being saved from it, they both acknowledge the existence of disharmony and capture the beautiful and essential picture of being ushered into the brilliance of a savior. Plato focuses on salvation through knowledge, which one must work to earn, but it is impossible to earn salvation in the Christian worldview. In essence, their differences are summed up by Paul in Ephesians: “For by grace you have been saved through faith. And this is not your own doing; it is the gift of God, not a result of works, so that no one may boast.”

Jacqueline Marriott is a rising homeschool senior from Virginia. When she is not studying a textbook or enjoying a novel, she can usually be found playing tennis, studying Chinese (“敬畏耶和華是知識的開端” [Proverbs 1:7a]), playing the piano, or experimenting in her kitchen or garden. She plans to double major in computer science and history, and is considering Grove City College.

Every time we administer the CLT, we invite our forty highest-scoring students to contribute essays to the Journal. Congratulations to Miss Marriott on her high score! If you enjoyed this post, take a look at some of our other material, like this author profile of Moses Maimonides or this discussion of classical education as a form of play.