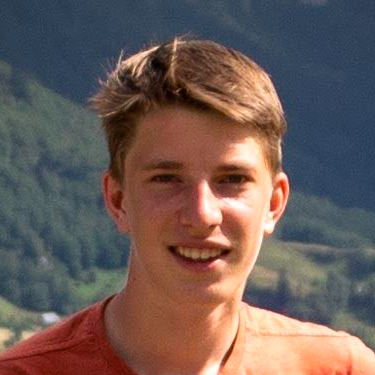 "Give me liberty or give me death!"

Such were the words of Patrick Henry at the Virginia Convention on March 23, 1775, just weeks before the outbreak of the American Revolutionary War. To this day, almost two hundred and fifty years later, these words resound in the hearts of many Americans.

On the surface, the meaning of these words is simple enough: Henry would rather lose his life than give up his liberty. The question is, though, what is that “liberty” of which Henry speaks? We shall focus on two answers to this question: first the prevailing contemporary answer to the question, and then the traditional, conservative answer.

In the modern mind, at least ever since the Enlightenment, liberty has been defined by a certain freedom from constraint—the ability to do what you want, provided that you do not harm other individuals. As the French revolutionaries put it in 1789, “liberty consists of doing anything which does not harm others.” In the liberal society, then, authority is generally only permitted insofar as it has been consented to by the autonomous individual. Any further presence of authority is considered an infringement, a constraint on the freedom and liberty of the individual. This line of thinking, often called “social contract theory,” appears to be present in the US Declaration of Independence when it speaks of governments as “deriving their just powers from the consent of the governed.”

To many Americans, then, this view of liberty (or at least some version of it) will seem quite accurate. And perhaps it is. It is not, however, the traditional view of liberty as espoused by many prominent conservative figures over the centuries. In short, whilst the modern idea of liberty is characterized by a freedom from constraint, the traditional view of liberty entails a freedom >for excellence—a freedom to choose the good, the excellent, and to act in accordance with it. Liberty, then, is not about the individual being able to do what he wants, but rather the individual being able to do what is good and doing it well. As the late Thomas Howard put it, “your freedom in the dance is to be able to execute your steps with power and grace, not to decide what you feel like doing.” Freedom, in other words, is “the power to do the thing beautifully,” not merely the power to do the thing, without regard for what it is or how to do it.

By liberty I mean the assurance that every man shall be protected in doing what he believes his duty against the influence of authority and majorities, custom and opinion.

As an example, Howard points to the nature of music. One might, if they so please, simply “flog the keyboard with great zest,” or for that matter even attempt to play the piano with their toes while holding the pedals down with their nose. And they may well find the whole experience exhilarating and invigorating and perhaps even “liberating”—after all, they are doing what they want, what they “feel like.” But is the experience of such a person really to be compared with that of an accomplished pianist playing one of Mozart’s sonatas with a true balance of passion and accuracy? To be sure, the pianist is “constrained” by certain limits—he must hit certain notes in a certain manner at a certain time—but how truly liberating is that freedom to really and beautifully perform the sonata with a proper precision and passion! How truly liberating is that freedom for excellence, for perfection—a freedom which, perhaps somewhat paradoxically, has been achieved precisely because the pianist worked within certain confines, because he hit certain notes in a certain manner at a certain time. Thus, in Howard’s words, true freedom for a thing is “that state in which it appears at its highest performance (its perfection, in other words), and that this is a state that lies on the farther side of rigor and austerity.”

Expressing this same sentiment, Pope Leo XIII, in his encyclical letter Immortale Dei, describes true liberty as “a power perfecting man.” For the pianist, this power entails the ability, the freedom, to play properly. Similarly, for the pilot, this power entails the ability, the freedom, to fly properly. In general, liberty was traditionally seen as something which entails the freedom to do a thing well. Furthermore, as Howard says, this freedom “lies on the farther side of rigor and austerity.” In other words, this freedom is only achieved through the rigor of training, of painstaking habituation. But once it is achieved, then you have that true liberty—that freedom to act in accordance with the good, not being held back by the shackles of ineptitude or, in the spiritual realm, of sin.

Going back to the example of the pilot: he is constrained by certain rules and has to undergo the rigor of years of training, yet he emerges with the freedom to fly properly and safely. And if he had not assented to such austerity? Well then, he may get an exhilarating experience, or even the adventure of a lifetime—but would he really get the experience of true freedom? He certainly wouldn’t if he winds up in a plane wreck. Likewise in our daily lives, we may decide to simply do as we please, to follow our inclinations—but would we really achieve freedom? We certainly wouldn’t if we wind up as depressed, docile slobs spending fifteen hours a day in front of the television, with no desire or ambition to do anything else.

Therein lies the irony: the things which were said by some contemporary philosophers to be barriers to our liberty—rules, boundaries, constraints—turn out to in fact be the very things which lead us to a true liberation. They lead us to excellence, to something approximating perfection. For what is more liberating than that freedom to do a thing excellently? According to the men of past centuries: nothing. Liberty did not entail the freedom to “flog the keyboard with great zest.” Rather, liberty entailed the freedom of the accomplished pianist. To those men, liberty did not entail a freedom from constraint. It was not mere license. Rather, liberty entailed a freedom for something—it entailed, in short, a freedom for excellence.

Jozef MacKinnon was born in Poland, but emigrated to Great Britain in elementary school. He has been homeschooled since Grade 4, benefitting from online schools such as Mother of Divine Grace and Oxrose Academy, and is considering Thomas Aquinas College in California. He enjoys spending time outdoors, especially playing football (a.k.a. soccer), hiking with friends, and “gardening” with his Japanese hand saw. Always cast as the villain in drama productions (e.g., Lord Farquaad, Prince Rabadash, Mr Wickham), Jozef has also recently taken up ballroom dancing.

Every time we administer the CLT, the forty highest-scoring students are invited to contribute an essay or piece of creative writing to the Journal. Congratulations, Mr. MacKinnon! If you’d like to read more here at the Journal, you might enjoy these pieces on Benjamin Franklin, the idea of labor, and the motives and character contrasts present in Hamlet.