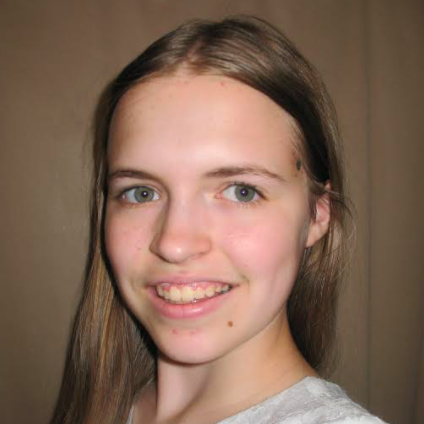 Beside the principal tragedy of the play, there is a quiet moral tragedy in Antony's arc.

From the moment I first read William Shakespeare’s Julius Caesar, I was captivated. I’d always loved Shakespeare, but I had never read a play that attracted me so strongly. I loved the variety of colorful characters, admired the condescending dignity of Caesar’s well-measured speech, and watched Brutus struggle with himself, my own imagination echoing his pain. But from the very first, the character that stole my heart was Mark Antony—young, handsome, clever, ambitious, and with a tongue that could tame a dragon. Reading his speeches throughout the play, I always felt torn between admiring the cleverness of his manipulations, and feeling drawn toward believing them, even though I knew better.

As I read, the first quality that struck me about Mark Antony was his complete and utter devotion to Caesar. Unlike Octavian, the younger Caesar whom Mark Antony seems to regard both as competition for power and a bit “green,” it is clear that the elder Caesar is extremely dear to Antony’s heart. The young Roman seems to worship his leader, happy to obey his every command. “When Caesar says ‘do this’, it is perform’d,” the young devotee promises at one point. Later he even goes so far as to offer Caesar the position Antony clearly thinks he deserves—kingship of Rome. Unlike his speech to Brutus after Caesar’s death, Antony’s words to Caesar show no signs of manipulation, only absolute devotion.

A second trait that appears in Antony immediately following Caesar’s death is his ability to think on his feet. Having fled for his life, Antony appears to take mere minutes to think out a plan. He knows his life is in danger, for his friendship with Caesar was well-known, but it seems that he rapidly guessed Brutus would be willing to spare him. Looking back over the scene after Caesar’s death, I noticed that the only promises of faithfulness Antony makes come from his servant; when he finally returns to the capitol to speak with the conspirators, he never makes any specific promises except that he will be friends—on the condition that they explain why Caesar deserved death. Of course, he never gives them the opportunity: mere minutes after Caesar’s death, and having delicately (and subtly) dodged any oaths, Antony once more turns to the unfortunately soft-hearted Brutus to ask for permission to speak at his funeral, which Brutus, despite Cassius’ warnings, grants. His famous speech at Caesar’s funeral turns the easily-swayed Romans upside-down and sends them chasing after the fleeing conspirators.

There is a tide in the affairs of men
Which, taken at the flood, leads on to fortune;
Omitted, all the voyage of their life
Is bound in shallows and in miseries.

Antony’s charisma and public speaking abilities are crucial to his role in the play; his power to manipulate a crowd delighted me from the first. His subtle changes of tone are what work miracles: his first “For Brutus is an honorable man” seems gentle, humble almost, but the underlying sarcasm grows throughout his famous speech, until his last, “And sure, he is an honorable man” is bitter and angry. The change is cleverly managed, but the emotion is real and the effect electric. Then the emotion fades, and Antony, using Caesar’s will as bait, begins to play the crowd like an instrument, sending dancing words in and out and around them until their initial support for Brutus has disappeared. Pretending regret for making the crowd angry, Antony’s protests only stir the crowd further (as they were intended to). Antony’s satisfied comment as the crowd leaves always makes me laugh, as I imagine the sly smile creeping across his face. “Now let it work,” he says—the Shakespearean equivalent of “Everything is going according to plan.”

However, Antony, for all his loyalty to Caesar, now finds himself swept up in ambitions of his own. The highest power in Rome has fallen, and the citizens are rallying round him; seeing a chance at power, Antony goes to find Octavian. But, as the end of the play has already begun to suggest, Caesar’s death has awoken new feelings in Antony; he seems to find Octavian too inexperienced, and not deserving of the loyalty Antony had for Octavian’s father. While Antony is content to work with the heir for the moment, it seems evident that power lingers too near for him to resist, and it will be only a matter of time before he parts ways with the young leader.

Were it not for Antony’s own ambition—unfortunately so like that of his idol Caesar—he could have been a great leader. His loyalty, his ability to think on his feet, and his amazing public speaking talent could have given him the power he dreamed of with little effort on his part. Unfortunately his separation with Octavian led to his later downfall; but at the end of the play he is still alive, happy in victory, and willing to pay tribute to the great men whose fatal mistake led to their demise. Only his ambition (still mostly veiled by the end of the play) could spoil that moment. So rather than think of Antony’s coming failures, let us let this “plain blunt man” sweep us away with his words to the colorful world of ancient Rome, and there leave us.

Julia Dudek is a sixteen-year-old homeschooled student from rural south-eastern Pennsylvania, now entering her senior year. She has played the violin for nine years, been in choir for ten, and participated in orchestra for six. Her current top choice of college is Gordon College, Massachusetts, and she plans to study music education.
We invite the forty highest-scoring students from every CLT across the country to contribute an essay to the Journal in honor of their accomplishment. Congratulations, Miss Dudek! To see more of our top students, try this essay on Edmund Spenser, or this art showcase from the Veritas School in Richmond, VA. And check out our podcast, Anchored, where our founder Jeremy Tate interviews leading intellectuals on questions of education, policy, and culture.