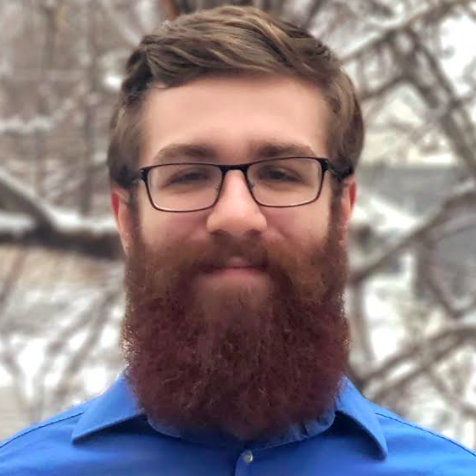 No matter its source, truth is one.

At the heart of Christianity is Jesus Christ, who said himself to be “the way, and the truth, and the life.” It ought to be in the nature of the Christian, then, to seek out what is true in both earthly and heavenly things, for love of the Truth. This is also found, albeit in a different way, in all people of all ages. It is simply hardwired into human nature to ask questions and learn. The pursuit of worldly truth and the pursuit of heavenly truth are, respectively, called philosophy and theology.

Many in the modern era have attempted to say that philosophy is opposed to and negates any need for theology, but this could not be farther from the truth. Historically, the two have been closely intertwined and the very best masters of each science have neglected neither.

It is from here that we can take a trip back into the thirteenth century, to Europe in particular. It was a time of great change: a new revival of Christianity, great political change, the growth of the first universities, and an increase in contact with the Greek and Islamic world. The works of Aristotle had recently become widely circulated and there was fear that further popularization of his teachings would threaten the integrity of the faith. The faculty of arts at the University of Paris were temporarily forbidden from lecturing publicly on Aristotle. The Church was caught off guard by the sudden exposure to his ideas, and had (not entirely unfounded) concerns as to the theological consequences of this new philosophy, such as his argument for the world having no beginning. However, not a single person denied that Aristotle had great wisdom, and even seemed to have arrived independently at a few great truths of the Christian religion: monotheism, God’s perfection, and the nature of heaven. He could not be ignored, and ignored he was not. An ox had just come upon the Greek.

St. Thomas Aquinas was an Italian Catholic priest of the Order of Preachers, the Dominicans. He had been dubbed “the dumb ox” by his classmates, due to his size and slow manner of speech. This did not dissuade him from learning in the slightest. Taking after his mentor, St. Albert the Great, he took to closely studying Aristotle and adopted much of the ancient’s philosophy as his own. While by this point it was permissible again to lecture on Aristotle, there was still much opposition. The Bishop of Paris at one point even issued an edict in which he excommunicated those who continued to support a list of propositions put forward by the Greek and others; these include the ideas that there was no first human, that the soul is corrupted after death, and that God only knows himself and nothing else. Yet, as had happened with Plato in centuries past, Aquinas was determined to baptize the thinking of the one he dubbed “the Philosopher.”

Thus began the reconciliation of Aristotle with Christianity, one of the lifelong endeavors of Aquinas. He wanted to show that unfamiliar methodology and philosophy does not mean heresy or falsehood. Rather, there was something to be learned from the Philosopher. Through reconciliation with Plato, Christianity had benefited in earlier centuries; this occasion was no different. Aquinas is often quoted as saying, “We must love them both, those whose opinions we share and those whose opinions we reject, for both have labored in the search for truth, and both have helped us in finding it.”

This did not mean that Aristotle’s philosophy or those derived from him were to be taken as absolute authorities, nor did Aquinas encourage any such position, contrary to one allegation made against him by a fellow master at the University of Paris. When confronted with contradictions between his faith and his philosophy, he maintained that the proper place of the philosophical sciences is as the “handmaiden of theology”—in Latin, philosophia ancilla theologiæ.

Over the course of St. Thomas’s life, he wrote eleven commentaries on Aristotle’s works, and held several public disputations in defense of him. In adopting a fundamentally Aristotelian philosophy yet remaining a faithful Catholic, he founded a new strain of thought, known today as Thomism. Varying levels of controversy followed him wherever he taught, but Aquinas remained unfazed. He became one of the most prolific writers of the Middle Ages, a titanic thinker who wrote with recognized authority in a wide assortment of disciplines, due to his willingness to explore the foreign and new. After his death, another edict from the Bishop of Paris would condemn several positions that St. Thomas held to, but this edict would not be in effect for long.

So it was that the “dumb ox” bellowed throughout the reaches of Christendom with a level of theological prowess unseen since St. Augustine. Thomas Aquinas, fueled by the most noble love of Truth, strove to draw as much light as possible from all things. It is for this very reason that he has been lauded as the chief of all the scholastic doctors by popes and theologians for centuries. Without him, all western philosophy and theology would be fundamentally different.

Cody Tucker is a homeschool graduate and recent freshman at Great Falls College Montana State University. He is nineteen years old, and is hoping to transfer to either University of Mary or Christendom College in the fall. He enjoys camping, reading, and acting.

The forty highest-scoring pupils from every CLT are invited to contribute an essay or piece of creative writing to the Journal; congratulations to Mr. Tucker on his achievement! If you’d like to see more from our top students, take a look at these essays on topics from the role of fairy tales in education to finding contentment with our accomplishments to the history of American law. You might also enjoy our seminar series on the minds of our Author Bank, hosted by academics from universities across the country.