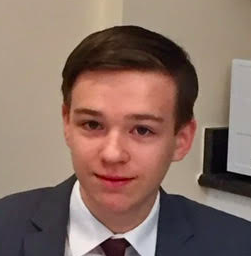 Regret, handled thoughtfully, should serve as a spur to bold action.

Whatever our language or culture may be, no one on earth desires to live with regret. What we think about missed opportunities in life is of immense importance. There are many works of classical literature that deal with this topic, but there are also some gems within contemporary literature that open one’s eyes to a twofold truth: one should seize opportunities and cast off regrets.

The name Charles Colson brings to mind words like “scandal,” “hatchet man,” “Watergate,” and “prison.” Though he was charged as a criminal, he was not defined by that event alone. Colson underwent a transformation that redefined him completely, and he was also haunted by a missed opportunity, the magnitude of which most Americans never experience. Did the latter event lead him into a life of quiet desperation with the mass of men, described by Thoreau? The title of Colson’s work, Born Again, proves to be a spoiler in answer to this question. No one “born again” is destined for desperation, yet it is human to look back and ponder why a certain twist or turn was necessary in one’s life, to reflect on a path not taken.

During the Nixon presidency, Colson was Nixon’s “hatchet man,” willing to do whatever it took to aid the President. But mid-scandal, he was transformed. As God used Saul, one of the most manifestly sinful men of the time, God chose to use Charles Colson during Watergate. Imagine being called into the Oval Office to talk about your faith at the height of the greatest government scandal in history; this was where Colson found himself. Colson could tell by Nixon’s tone and earnestness that the President was hungry for the truth. But, whether due to simple irresolution or outright stubbornness, Colson ignored the providential opportunity. Colson could have changed the life of the President, the lives of the President’s family, and the lives of countless Americans through the prestige and influence of the highest government office on Earth. This path-not-taken would haunt any traveler.

The phrase Carpe diem, quam minimum credula postero (“Seize the day, trusting as little as possible in the next one”) is attributed to the ancient poet Horace. Its meaning is essentially hedonistic; the underlying concept is that one should enjoy life while he or she can. Christians, though, can extrapolate a higher meaning from carpe diem than Horace intended, because every day yields new opportunities that God will use to accomplish His purpose. One must move on with confidence, having faith that every day can and will bear fruit.

Colson was better prepared to act with boldness when other opportunities came his way, because he had faith, which allowed him to cast off his regret like soiled boots. Later, when Colson went to prison, he personally observed inmates who were hungry for the truth, and he felt called to bring God’s word to some of those who needed it most. His initiatives resulted in the Prison Fellowship Ministry, dedicated to sharing the gospel with inmates and changing their lives. This ministry has brought thousands to Christ, and is an amazing testament to the results that can be achieved when one makes the most of the opportunities God provides.

As demonstrated by the inspiring results of Colson’s actions, one can learn to embrace a “seize the day” mentality. Opportunities are not like rungs of a ladder, where if one is missed, then the entire ladder becomes more difficult to climb; rather, they are like a tapestry, in which each thread is woven with the others as part of a greater plan. With this mindset, one can know when to leave regret behind, when to move on from mistakes, when to rest. As Thoreau wrote, “It is a characteristic of wisdom not to do desperate things.” A life of quiet desperation need never be lived by one who learns to cast off regret. Regret serves only as a lesson that one should make the most of every opportunity; it should prompt us to look forward rather than lingering, being bold while trusting a greater plan.

Christopher Reynolds is a homeschooled high school junior who enjoys basketball, mixed martial arts, and mock trial. He is considering computer science or computer programming as majors, but is leaving the study of law open as an alternative. Some of his college choices are Liberty University, Patrick Henry College, and Grove City College.

If you liked this piece, take a look at some of our other posts here at the Journal, like this author profile of Averroes, this “Great Conversation” piece about the idea of fate, or this student essay on the black hole information paradox. And be sure to take a listen to our weekly podcast, Anchored.

The page image is a closeup of the hourglass in Albrecht Dürer’s woodcut Knight, Death, and the Devil.