Student Essay:
Resurrection in
A Tale of Two Cities 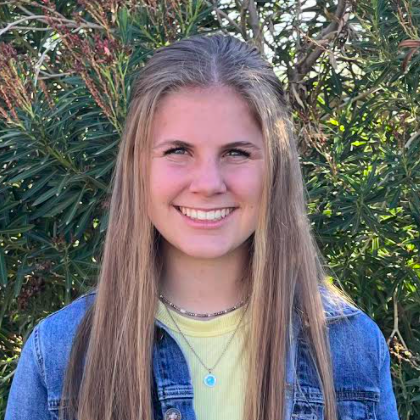 Both central and secondary characters in Dickens' novel are defined in terms of miraculous restorations to life.

“He that believeth in me, although he were dead, yet shall he live.” This scripture reference in A Tale of Two Cities profoundly represents the spiritual death of several characters that brings them to the power of resurrection. In the story, several men are beaten into moral and physical submission by a corrupt society; this repression of their right to happiness causes the decay of hope in their lives. However, the deterioration of their humanity eventually leads them to their respective redemptions: Dr. Manette, Mr. Cruncher, and Sydney Carton all find new life in the ruins of their past.

Dr. Manette, the father of the lovely Lucie, suffered greatly at the hands of the French government. Because of his compassion and fervor for justice, he was cruelly locked up for eighteen long years. In those years, although he was physically weak, his autonomy and intellect were rendered even more feeble, suppressed by the looming prison walls. Even when he was set free bodily, his mind and spirit were left in captivity. He was weak, but “it was not the faintness of physical weakness … it was the faintness of solitude.” It was only through his daughter that he was finally able to reclaim control of his life and expel the darkness that had been thrown, shroud-like, over his mind. She was the “golden thread that united him to a Past beyond his misery, and to a Present beyond his misery: and the sound of her voice, the light of her face, the touch of her hand, had a strong beneficial influence with him almost always.” Slowly but surely, Dr. Manette regained his hope and vivacity as Lucie replaced the years he had spent as a dead man with tranquility and promise. Dr. Manette’s glorious resurrection was complete when “for the first time the Doctor felt … that his suffering was strength and power.” Thus, the same suffering that had condemned Dr. Manette to a life of uncertainty and fear lifted him out of those same troubles, to his and his family’s redemption.

By contrast, Mr. Cruncher’s spiritual decay was of his own doing. In the beginning of the novel, Cruncher was a terror to his family, treating his wife without mercy. He “led the unfortunate woman a hard life by dwelling on any complaints he could bring against her.” He had no regard for her well-being; instead, he incessantly raged at her for “flopping” (i.e., praying). He lived with a complete lack of regard for right and wrong, treating those in his life who deserved the most respect with utter indecency. He willfully deceived his family so that he could rob people’s graves for profit; he even lacked any concern for his son. But the close prospect of death at the hands of the blood-thirsty French mob made him rethink his ways. It was then that he saw the flaws of his actions, and he understood the negative ways in which he was affecting not only his family, but himself as well. He was empty, suffering under a self-inflicted burden, filling his life with deception and anger. Fortunately, this did not drive him to despair: Cruncher had the fortitude to confront his previous lifestyle and transcend it, resolving to become a better man. He renounced his grave-robbing, vowing to “never do it no more,” as well as sorrowfully promising to not “interfere with Mrs. Cruncher’s flopping.” Cruncher’s genuine change of heart uplifted his soul and led it towards the good despite his unethical past.

"O Miss Manette, when the little picture of a happy father's face looks up in yours, when you see your own bright beauty springing up anew at your feet, think now and then that there is a man who would give his life, to keep a life you love beside you!"

Sydney Carton had also led an immoral life that caused his spiritual demise. At the beginning of the novel, he was the “idlest and most unpromising of men”; he filled his time with drinking and wallowing in misery. However, his redemption began as he met the Manettes and Darnay and began to find love inside him, even while he still appeared to others as a rough, unfeeling lowlife. In the ruins of his immorality, there was the seed of budding hope, only recognized by the most innocent: Lucie’s daughter, “little Lucie.” She had a “strange sympathy with him—an instinctive delicacy of pity for him.” Slowly, Sydney Carton was able to access this inward longing for a meaningful life, and manifest it in the most selfless action: laying down one’s life for a friend. The tired beginnings of Carton’s life would grow by his death into something memorable; his sacrifice would be forever remembered not only by Lucie junior, but also by her family and even her descendants. He was the man who had given his life so they could live, the man who had paid the ultimate sacrifice honorably and without fear. Sydney Carton “had wandered and struggled and got lost, but … at length struck to his road and saw its end.” Because of his insignificant and troubled life, death for him was not an end, but the establishment of his legacy in the hearts of those whom he loved. Without his initial brokenness, his sacrifice would only be a meaningful death; with his broken life, that meaningful death became a shining redemption.

Dr. Manette, Mr. Cruncher, and Sydney Carton all improved themselves in the midst of suffering. Instead of bowing under the temptation of what was easy but false, they found it within themselves to stand up against their debilitating pasts and turn them into instruments for good. They transformed their suffering into their own redemptions, making sacrifices for those they loved. In doing so, they not only created peace in the lives of those around them, but also within themselves. As Sydney Carton said, “It is a far, far better thing that I do, than I have ever done; it is a far, far better rest that I go to than I have ever known.”

Katie Holford is a junior at Scottsdale Preparatory Academy, AZ, where she plays soccer, indoor volleyball, and beach volleyball. She also loves spending time with her family and two dogs, as well as driving to different spots around Scottsdale with her friends. She is looking forward to attending a college where she can continue her liberal arts education.

Each time we administer the CLT, the forty highest-scoring students are invited to contribute to the Journal. Congratulations to Miss Holford on her high score! To see more from our top students, check out these essays on female villains in classical tragedy, the philosophy of St. Thomas, and the shared themes of Beowulf and Ecclesiastes; and be sure not to miss out on our podcast on education and culture, Anchored.