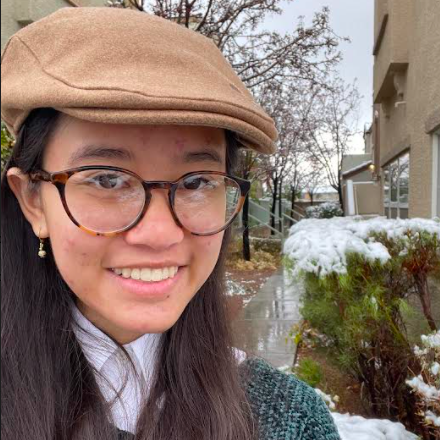 Robert Browning’s gothic poem The Laboratory displays his masterful use of the dramatic monologue, in its tale of a vivacious young speaker gaily planning to murder one of her peers. Rather than employing the dark tone common to most gothic poems, Browning contrasts his grisly imagery with a frolicsome air, and uses this contrast to lead the reader into the depths of the speaker’s psychopathy.

The first stanza describes a grim laboratory filled with smoke, its fiendishness indicated by the title “devil’s-smithy.” It also introduces the reader to the attitude of the speaker. Her cheerful query of “Which is the poison to poison her, prithee?” demonstrates the flippancy with which she treats the murders she hopes to commit. In this stanza, Browning skillfully establishes the tone of the rest of the poem, setting a delightfully sinister scene.

Although the majority of the poem maintains the same frolicking tone, as a lady choosing a new gown for a ball, the speaker also displays clear malice, which Browning introduces in the second stanza. Whether the injury is real or imagined, the speaker clearly thinks she has been wronged by her apparent romantic interest and his lover: “He is with her, and they know that I know / Where they are, what they do: they believe my tears flow / While they laugh, laugh at me.” The commas provide a more jarring, staccato beat, giving a bitter, snapping tone to “Where they are, what they do,” and the repetition of “laugh, laugh at me” expresses the speaker’s rancor. She firmly justifies herself with a claim of injustice, and her deep loathing for her romantic rival strengthens her resolve.

The speaker’s dark fascination and enjoyment become apparent as she asks eager questions (“That in the mortar—you call it a gum?”) and openly expresses her admiration of the poisons: “Ah, the brave tree whence such gold oozings come! / And yonder soft phial, the exquisite blue, / Sure to taste sweetly, is that poison too?”

Although she understands the murderous potential of the poisons, she seems to adore them all the more for it. As she considers all the nefarious possibilities before her, her pleasure escalates into delight. She exclaims, “Had I but all of them, thee and thy treasures,” and her inclusion of the poison-maker implies her desire to possess him, too. This further displays her lack of empathy toward others, as she seems to consider the poison-maker as much a tool as his poisons. Indeed, she quickly spirals into utter deranged glee, caught up in sadistic dreams of dispensing death like a princess distributing largesse to the populace. As she fantasizes aloud about poisoning two women, Pauline and Elise, she particularly relishes describing the death of Elise, “with her head / And her breast and her arms and her hands.” Perhaps she envies Elise’s features and so desires to see them shrivel and die. In any case, Browning now begins to unveil the true extent of her depravity.

To carry pure death in an earring ...

In the seventh stanza, the speaker snaps out of her reverie: “Quick—is it finished?” She continues to glorify and romanticize murder, for she insists the poison must be sweet and enticing, such that her victim will actually choose to drink it. Similarly, she worries whether the amount of poison will be enough to kill her romantic rival. Like a lady fussing about the state of her outfit, she frets over the details of her planned murder. Browning makes it apparent that she gives no thought to the morality of her actions, or to any consequences. Instead, her main concern is that the murder should come about exactly as she has fantasized. Furthermore, in the ninth stanza she confesses, “I brought / My own eyes to bear on her… I thought / Could I keep them one half minute fixed, she would fall / Shriveled.” She has never been thrown into any moral quandary over her murderous desires—indeed, she has already made an attempt on her victim’s life. Although her attempt to glare her victim to death is nonsensical, she clearly believes the sheer venom of her hatred should have killed her victim. This is not a character who will agonize over any moral plight; she will not hesitate to assume the mantle of murderess.

The speaker’s deranged rapture climaxes in the tenth stanza. Punctuated harshly with commas and hard consonants, this stanza carries a savage, snarling tone: “Let death be felt and the proof remain: / Brand, burn up, bite into its grace.” She explicitly tells the poison-maker to ensure her victim’s agony, and exclaims with particular relish, “He is sure to remember her dying face!” She either wants her romantic interest to remember his lover’s face contorted hideously in the throes of death, ensuring that her rival will not even be remembered favorably; or she means to traumatize him as punishment for his perceived betrayal. Whichever the case, Browning leaves us with no doubt of her moral turpitude.

With the poison finished, the speaker finally possesses death in a droplet. Ecstatic, she crows over her prize, utterly unconcerned that it has apparently cost her a great deal of her wealth—indeed, her “whole fortune’s fee.” She joyfully invites the old poison-maker to “take all [her] jewels, gorge gold,” and even offers her lips for him to kiss. This appalling image of a withered old man kissing a young girl on the lips serves to further disgust the reader and emphasize the ungodly vileness of the characters. Her gay exclamation “next moment I dance at the King’s!” ends the poem with the same note of perverted vivacity on which it began. Her only concern is that she is not dusty as she sweeps off to dance, socialize, and murder.

Each time the CLT is administered, the forty highest-scoring students are invited to contribute an essay or piece of creative writing to the Journal. Congratulations to Miss Crewe Gonzalez on her achievement! If you’d like to see more from our top students, check out these essays on the nature of repentance and the real moral of Animal Farm, or this student’s imitation of Jonathan Swift.