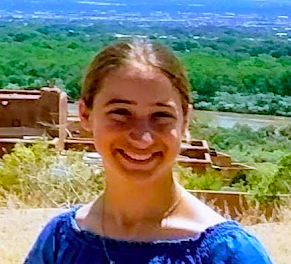 Twain's portrait of what religion and superstition are to Finn indicate a subtle relationship between the two.

The Adventures of Huckleberry Finn, by Mark Twain, is the home of one of the most famous characters in literature. Rowdy yet practical, boyish yet mature, Huckleberry embodies many seemingly opposing qualities. One notable example of this is his combination of skepticism and superstition. Throughout the first few chapters, these conflicting traits are made clear in Huckleberry: he faces religion with skepticism, yet values superstition highly. Receiving religious advice from Widow Douglas and Miss Watson and viewing Jim as the authority on superstitious principles, he ultimately decides that religion is useless, while superstition has very real ramifications in the world.

To Huckleberry Finn, the religion that Widow Douglas and Miss Watson try to teach him seems pointless and impractical. Having never been “civilized” before, Huckleberry finds it difficult to adjust to his new home with the Widow, particularly in respect to following the religious life that the Widow leads. In the first chapter, Huckleberry discusses his thoughts on her religion, bluntly stating, “I didn’t think much of it.” He again expresses his skepticism for religion when Tom Sawyer tells him about genies and Arabs. Huckleberry explains, “I reckoned he believed in the A-rabs and the elephants, but as for me I think different. It had all the marks of a Sunday school.” Here, Huckleberry is equating Sunday school stories with a fairy-story, comparing religion to a lie. Because of this blatant display of skepticism, it may be tempting to call Huckleberry Finn “incredulous”: he does not believe Tom’s story and he faces religion suspiciously.

However, he values superstition highly, a stark inconsistency. While he treats Miss Watson’s lectures of Hell with indifference, he feels real terror when he accidentally flicks a spider into a candle, saying, “I was scared and most shook the clothes off of me … a-shaking all over.” He then performs an entire ritual just to prevent “bad luck” from falling upon him. He treats superstition with the same awe and fear that ought to be attributed to God.

One interesting happenstance that causes Huckleberry’s strong faith in superstition, alongside his lack of faith in religion, is the way that the superstitious principles, by chance, manifest themselves. Superstition is much more real to Huckleberry: in his experience, ramifications of superstition actually happen. Contrarily, this does not happen with religion—his prayers are never answered. Huckleberry explains: “She told me to pray every day, and whatever I asked for I would get it. But it warn’t so. I tried it … I tried for the hooks three or four times, but somehow I couldn’t make it work … No, says I to myself, there ain’t nothing in it.” The lack of results discourages him and strongly dissuades him from belief. However, in Huckleberry’s experience, all the superstitious principles actually seem to produce results. In Chapter 4, Huckleberry accidentally knocks over the salt-cellar—an action that is supposed to bring bad luck—causing him anxiety for the rest of the day. As it turns out, that very day, his abusive, drunk father returns. Because all the bad omens are consistently fulfilled, Huckleberry has reason to think it is more than coincidence.

Huckleberry seems to value superstition for the ability to place blame on it, while he seems to search to gain something from religion. When he is thinking about prayer in Chapter 3, he concludes, “I couldn’t see no advantage about it—except for the other people.” As for his attitude towards superstition, while he is on Jackson Island with Jim, he touches a snake skin. After he touches the skin, Jim swears it will bring on the worst kind of luck. In Chapter 10, following that incident, Jim gets bitten by a rattlesnake: the two agree that it was bad luck from the snake skin. Then, in Chapter 16, they accidentally float past Cairo, something else Huckleberry attributes to the snake skin. However, both these incidents that Huckleberry blames on the snake skin can actually be blamed on himself, and seen as the result of a lack of prudence or responsibility. Jim is bitten by a rattlesnake because Huckleberry put a dead rattlesnake in his bed. Instead of acknowledging that this was a foolish thing to do and apologizing, Huckleberry agrees with Jim that it must have been bad luck. Although Huckleberry is less responsible for the Cairo mistake, given that the fog was thick, it still could have been prevented, yet he chooses to blame the snake skin instead of learning from the experience. He treats superstitious things as scapegoats. Meanwhile, he treats religion as a vending machine, and then, when his prayers do not bring results, ultimately concludes that the vending machine is broken. Because superstition fulfills the role he has assigned to it (being a scapegoat) while religion does not fulfill its role (providing things magically), superstition has much more value to Huckleberry.

Many people do much the same thing today, although perhaps in a more obscure way: despite branding religion as a fairy tale, they place great importance on zodiac signs, palm reading, or other absurd practices. Every man must find a master to serve—must find a god—and if he disregards the one true God through misunderstanding, he will be left searching for a worldly replacement. This is the position in which Huckleberry finds himself: superstition is his version of a religion.

Catherine Gath is a high school senior from Long Beach, CA, homeschooled through Kolbe Academy. Although undecided where she will attend college next year, she plans to study classics and the liberal arts. In her spare time, Catherine enjoys reading great works of classic literature and poetry, spending time outdoors, and dancing ballet.
Every time we administer the CLT, the forty highest-scoring students are invited to contribute an essay to the Journal. Congratulations to Miss Gath on her high score! If you’d like to see more from our top students, take a look at these essays on the compared themes of Ecclesiastes and Beowulf, Victorian ideals of womanhood, and the importance of hardship to personal growth.