Student Essay:
The Cause of Troy 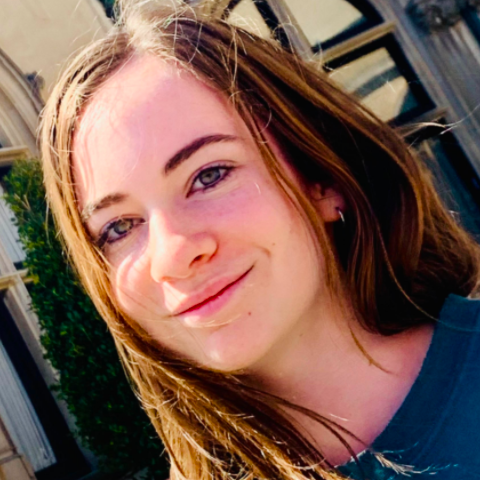 Taken as Homer hands it down to us, was the Trojan War just?

Can war ever be fully justified? Thomas Aquinas attempted to answer this age-old question in his work on just war theory. He articulated three qualifications that a war must meet in order to be considered just or necessary: a competent authority must declare war; the war must have a just cause; and the force used must be proportionate to the cause. Later on, others added to Aquinas’ work, naming his qualifications the jus ad bellum (“right to wage war”) and adding on two more called the jus in bello (“right in war”): all peaceful means of settling the dispute must already have been exhausted, and the goal of the war must be a safe and just peace. These criteria can be applied to any conflict—for instance, the Trojan War in Homer’s epic poem, The Iliad.

The war began when Paris of Troy took the beautiful Helen from her home and her husband, Menelaus. The Achæans, led by Menelaus’ brother, King Agamemnon, responded by besieging the city of Troy for ten years. The Trojan War was unjust because it failed to meet the majority of just war theory criteria, and resulted in an unnecessary amount of bloodshed.

The first of the five criteria states that a competent authority must declare the war in order for it to be considered just. Agamemnon, king of Argos, was the man who led the Achæan troops across the seas to Troy. Agamemnon was a powerful and influential Greek king; though not as strong or skilled as Achilles, he was respected by the other Greek kings, who vowed to follow him to Troy and obey his commands. So, the Trojan War did easily meet the first requirement.

Secondly, the war must have a just cause. In his Summa Theologiæ, Thomas Aquinas defines justice as “a habit whereby man renders to each one his due by a constant and perpetual will.” Unfortunately, it is very difficult to determine whether the Trojan War described in Homer’s Iliad was just. On the one hand, Paris violated the sacred rules of hospitality, which had been instituted by Zeus. Menelaus graciously hosted Paris and gave him many splendid gifts; instead of thanking him for his hospitality, Paris stole Menelaus’ wife (as well as some of his treasure). Paris disregarded and disrespected the rules of hospitality that had been created by the most powerful of all the gods, which was a major offense. However, Aphrodite, goddess of love, had promised Paris the hand of the most beautiful woman in the world—from that perspective, Paris was merely claiming his prize. To kidnap Helen would be sacrilegious, but to leave her in Sparta would be an affront to Aphrodite. Moreover, Aphrodite does not seem to care that Menelaus is openly ignoring her will. Neither does Zeus seem at all concerned by the fact that Paris broke the rules of hospitality. For most of the book, he appears to be on the Trojans’ side, even though he fated the Achæans to win in the end. Since Zeus ultimately hands victory to the Greeks, it can be assumed that Zeus regards their motives to be at least partially justified. Perhaps the Trojan War also meets the second criterion.

Third, the force used must be proportionate to the cause. Around two hundred and forty deaths are recorded in The Iliad. After adding in the unrecorded deaths, as well as the casualties sustained from an additional nine to ten years of fighting, the death toll swells to several thousand. This force was in no way proportionate to the cause. The Trojans almost unanimously despise Helen for bringing this war upon them. They want to give her back to the Argives so that the war will end and no more of their loved ones will be killed. The Trojans clearly do not think that the force is proportionate to the cause. Similarly, the majority of the Greeks display a longing to return home, showing that they too think that Helen is not worth the trouble. The only thing keeping the Greeks in Troy is their desire to plunder and pillage. Though Menelaus understandably wants his wife back, this does not seem to be worth the lives spent.

Fourth, not all peaceful means of settling the dispute were exhausted. At one point in the book, the Trojans and Achæans halt the fighting and agree to arrange a duel between Menelaus and Paris for Helen’s hand. Unfortunately, the gods interfere and the fighting resumes. However, the Greeks and the Trojans had many other chances at reconciliation. Though it is probable that the gods would have blighted any further attempts, a sufficient effort was not made. The Trojan War miserably fails the fourth criterion required by just war theory.

Fifth, the goal of the war must be a just and equitable peace. When Troy eventually fell to the Achæans, every Trojan man and many of the children were slaughtered, while the rest were dragged away to lives of slavery. Neither the Argives’ goal nor the actual outcome was a just or equitable peace; the Trojan War unequivocally fails the fifth criterion.

Over the centuries, different societies have had their own sets of values (heavily influenced by culture and religion) which have been applied to warfare. In order for a war to be considered just by Aquinas’ standards, it must pass all five qualifications. While the Trojan war fails more than half of the criteria, rendering it impossible for it to be considered just according to mainstream Christian thought, it was considered honorable and justified in Greek eyes. Thus, modern-day Christians can read The Iliad and take away the difference between pagan Greek thought and that of theologians in matters of divine will, honor, and justice. Christians value human life over honor and glory in battle.

Cameron Moore is a high school junior at The Ambrose School in Meridian, ID. She runs cross country and track, and plans to major in agribusiness.

Each time we administer the CLT, the forty highest-scoring students are invited to make a contribution to the Journal—congratulations, Miss Moore! If you enjoyed this piece, take a look at some other essays from our top students, like this one on the implicit theology of Macbeth or this one on Victorian concepts of womanhood in Great Britain and Brazil; you might also enjoy our ongoing series on the men and women of our Author Bank.