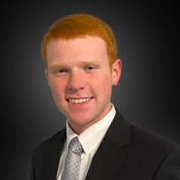 Even after two thousand years, the identity of Jesus of Nazareth remains contentious.

Was Jesus (as mainstream Christianity claims) God, or not?

Many have denied Jesus’ deity. In the 300s AD, Arius gave Jesus the highest position possible without allowing His full deity. Arius said that God created Jesus; because creation cannot equal the Creator, Jesus could not be equal with God. Arius described Jesus as a demigod or a minor deity. Along similar lines, the great Jewish historian Flavius Josephus viewed Jesus as more than a man, but not an angel. The Gospel writers recorded what some people of Jesus’ time called Him; their perspective allowed Jesus to be only a prophet. The religious leaders of the day went the furthest, when they stated that Jesus had an evil spirit in Him.

These are not the only opinions about Jesus’ identity. Many others stated that Jesus was God. The spirit world—demons, including Satan himself—addressed Jesus as “Son of the Most High God” in the Gospels. Religious outsiders also proclaimed His deity. Jewish disciples declared with the apostles that Jesus was “the Christ, the Son of the living God.” The early Church led by Athanasius declared Jesus to be “true God of true God” in response to Arianism, as expressed in the Nicene Creed. Such clashing opinions leads one to consider what Jesus taught about Himself.

Jesus averred His deity in two ways. He claimed to be equal with God: while conversing with His disciples, He stated that the individual who has seen Jesus has seen God the Father. His clearest statement of this belief came when Jesus said: “I and the Father are one.” Jesus believed that He was God. But Jesus did not state equality alone; He stated His deity. After Jesus healed a man of blindness, the former blind man questioned who the Son of God was. Jesus said that the man was talking with Him. He asserted that He Himself was God.  Unless that statement was true, then Jesus was either a lunatic or a liar.

With the evidence we have, can one conclude that Jesus was insane? The evidence seems to say that He was not a lunatic. His concise pronouncements, calm demeanor under stress, and brilliant replies against the arguments of the scholarly elite of that day do not indicate insanity. Additionally, lunatics soon lose their followings. Followers of Jesus have been burned alive, shredded by lions, gored by bulls, crucified upside down, sawn apart, and mutilated, all within a few generations of the ascension of Jesus from earth. Some present day followers die because they will not deny His name. As Stefan Paulus of Penn View Bible Institute put it, an individual may die because he believes a falsehood to be true, but no individual dies because of something he knows to be false. Such individuals, the ones who knew Jesus most intimately declared, by their blood and martyrdoms, that Jesus was not a lunatic.

However, if one tends toward the belief that Jesus was a liar, he must answer two enigmas: His miracles and prophecies. The Gospels record multiple healings, demon deliverances, meals provided for thousands, and resurrections from the dead. Remembering that people such as Herod and Josephus recognized that Jesus performed supernatural miracles, as witnessed and affirmed by others who hated Jesus, indicates that Jesus did actually perform inexplicable feats. However, not only must one answer the question of the miracles of Jesus, but also the question presented by His prophecies. His best example of prophecy is contained in the destruction of Jerusalem and the Temple, which occurred forty years later. Especially when compared to vague predictions made by some other prophets, this prophecy demonstrated to His followers that He was not a liar.

However, if one entertains the idea that Jesus was neither a lunatic nor a liar, then he opens himself to the possibility that Jesus was Lord. In his famous book Mere Christianity, C. S. Lewis remarks pointedly: “I am trying here to prevent anyone saying the really foolish thing that people often say about Him: ‘I’m ready to accept Jesus as a great moral teacher, but I don’t accept His claim to be God.’ That is the one thing we must not say. A man who was merely a man and said the sort of things Jesus said would not be a great moral teacher. He would either be a lunatic—on the level with a man who says he’s poached egg—or else he would be the Devil of Hell. You must make your choice. Either this man was, and is, the Son of God: or else a madman or something worse. … But let us not come with any patronizing nonsense about His being a great human teacher. He has not left that open to us. He did not intend to.” To relegate Jesus only to manhood strips Him of worth, sanity and goodness while relegating humanity to a desperate form of sin without hope of escape. In reality, the necessary question is not what did the early Church believe, but who do I believe Jesus to be? Is Jesus a liar, a lunatic? Or is Jesus Lord?
___________________________________________________________________________________

Blake Cassady is a now-graduated homeschooled student from Beavertown, PA, and currently attends Penn View Bible Institute, outside Harrisburg. When he is not studying, he enjoys playing classical guitar.

Every time we administer the CLT, our forty highest-scoring students are invited to make a contribution to the Journal. Congratulations to Mr. Cassady on his high score! To see more from our top students, try this essay on the parallel themes of Ecclesiastes and Beowulf, or this collection of paintings by students from the Veritas School in Richmond, VA. And be sure to check out our weekly podcast on education and culture, Anchored.

Page image: detail of the crucifixion from a triptych in the Church of the Teutonic Order in Vienna, Austria (source), originally carved in 1864.