Student Essay:
The Hidden Life of the Greatest Philosopher of the West 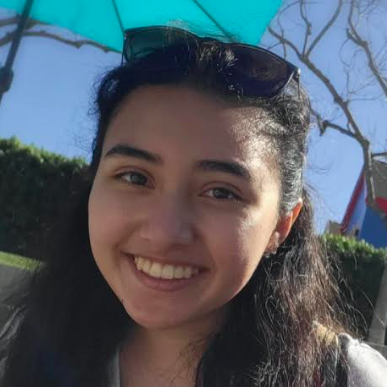 Fame does not always fall to those who most deserve it.

If someone told you to name one of history’s great philosophers, whom would you think of? Perhaps Aristotle or Kant, Laozi or Aquinas? Chances are you wouldn’t think of Timothy Dexter, the self-proclaimed “greatest philosopher in the Western World.” He has been all but forgotten, yet the story of Dexter’s life is so bizarre that not even Hollywood’s most creative screenwriter could have made it up.

Born in Massachusetts in the mid-1700s to a poor family, Timothy Dexter dropped out of school in second grade to join his family in the fields. After an apprenticeship with a tanner around age 21, Dexter moved to Newburyport. There he met Elizabeth Frothingham, a wealthy widow about a decade his senior, whom he courted and married within a year.

Around that time, the American Revolution ended. With several  thousand dollars in savings, Dexter bought a large quantity of Continental currency—stuff so valueless that there was actually an idiom, “not worth a Continental”—from American soldiers, for fractions of pennies on the dollar. At that moment, Congress decided that Continentals could be traded in for treasury bonds at one percent of the currency’s face value. This price, though small, was a lot more than what Dexter had paid for them, so practically overnight he created his own fortune. With his new wealth, Dexter became a merchant. Unfortunately, as mentioned, he had only received about three years of schooling, and he did not know the first thing about trading. Moreover, because he had not been born into a higher class family, his blue-blooded colleagues looked down on him.

After building two ships, Dexter began an export business to Europe and the West Indies. Since he had exactly zero experience exporting goods, or indeed business in general, he asked his supposed friends and neighbors what he should trade first; some malicious rivals suggested that he send bed warmers to the West Indies. Bed warmers were shaped somewhat like a large frying pan with an attached cover: the user filled them with embers from the fire and placed them beneath the sheets to warm up the bed. Despite the dangers (principally fires and noxious fumes) associated with bed warmers, they were common in the average eighteenth-century household. So Dexter, not knowing any better, believed the lack of bed warmers in the West Indies made it an untapped market he could make a fortune off. He bought forty-two thousand and shipped them off, while his rivals presumably cackled somewhere out of earshot.

And then, his ships came back—full of money. The West Indian locals had been very confused as to the purpose of the bed warmers, so the captain of his ships had rebranded them as molasses scoopers. The molasses business was booming in the area, and the bed warmers did prove extremely useful for scooping molasses; the whole stock was sold.

Lord Dexter is a man of fame;
Most celebrated is his name;
More precious far than gold that's pure,
Lord Dexter shine forevermore.

A little later on, someone suggested that Dexter ship coal to Newcastle. Unbeknownst to our protagonist, Newcastle’s local industry centered around mining coal. It was the worst business venture possible, but Dexter, knowing no better, duly sent coal to Newcastle; and of course, his ships arrived just as a miners’ strike took place. So he sold coal to a coal-mining town, at above market price.

The great multitude of other obviously terrible, bafflingly successful business decisions he made included: sending gloves to the South Sea Islands, and making a profit by selling most of them to Portuguese sailors on their way to China; and collecting stray cats and sending them to the Caribbean, apparently on a whim, but the area conveniently had a rat infestation at the time.

Dexter’s fortune allowed him to live in luxury—and eccentricity. He dwelt in a mansion with such features as minarets, a golden eagle, a mausoleum, and forty statues of men he deemed to be history’s greatest, such as Washington, Jefferson, and himself. His statue bore the inscription: “I am the first in the East,  the first in the West, and the greatest philosopher in the Western World.” Incidentally, he was very nearly illiterate. However, he did put in some effort to live up to his self-proclaimed honors, writing a book titled A Pickle for the Knowing Ones, in which he rants about politicians, the clergy, and his poor wife. In the nearly nine thousand words that make up his book, there is not a single punctuation mark, and the capitalization and spelling are erratic. Despite this, the book became popular and went through eight editions; in response to criticism for the lack of punctuation, Dexter added a page in the back of the second edition filled with question marks, commas, periods, and so on, suggesting that readers “peper and solt” the book with the marks as they pleased.

Yet despite his fortune, other wealthy people still looked down on Dexter; they considered him uneducated and ill-mannered (thoughts that were arguably supported by Dexter’s questionable actions, such as insisting that his wife was dead and that the woman walking around his house was actually her ghost). So Dexter decided the only logical way to find out what others thought of  him was by faking his own death and seeing how they reacted at his funeral.

Dexter let some close family and friends—not including his wife—in on the plan, and had them spread news of his “death.” More than three thousand people came to the funeral. The un-deceased was apparently ecstatic. But halfway through the funeral, the guests heard a commotion from the  kitchen: rushing there, they found the man they were mourning beating his wife with a cane and reprimanding her for not crying. This was certainly an awkward position to find yourself in, but Dexter handled it by … continuing the celebration! The guests, along with the supposed dead man and his unfortunate wife, partied the rest of the night.

After many more bizarre escapades than we have space to relate, Dexter passed away peacefully in late 1806 (this time genuinely, as far as we know). This man, who tried so hard to leave behind a grand legacy, has been forgotten by all but a lucky few—but here we are now, to pass the candle on.

Monica is a homeschooled junior from San Diego, CA. She enjoys drinking boba and reading books, and can often be found doing both at the same time. She hopes to major in æronautics and become a pilot someday.

Student contributors to the Journal are selected from among the top twenty-five students on each CLT we administer. Congratulations to Miss Nasry on her high score! If you enjoyed this essay, you can find more from our top students here, or see authors and books whose legacy went in a slightly more orthodox direction than A Pickle for the Knowing Ones here. And don’t miss out on our podcast, Anchored, hosted by our founder Jeremy Tate and released twice weekly.

Published on 10th June, 2022. Page image of an engraving of Timothy Dexter (1805) by James Akin. A previous version of this essay erroneously identified the coal-mining city in question as Newport; the actual city was Newcastle.