Student Essay:
The Life and Times of Jonathan Edwards 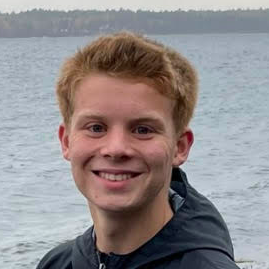 “God holds you over the pit of hell, much as one holds a spider, or some loathsome insect.”

This excerpt comes from one of the most famous sermons of Jonathan Edwards, “Sinners in the Hands of an Angry God.” Edwards was an American Puritan pastor; his writings influenced many other leaders in the Great Awakening, like George Whitefield, and his sermons won many to the Christian faith. Edwards’ work as the pastor of the church in Northampton brought the revival to all of New England, where it influenced pastors, Founding Fathers, the Housatonic tribe, and many others.

Edwards’ upbringing built a strong foundation for his later role as an inspirational pastor. In early October 1703, Edwards was born to Esther Stoddard Edwards and Timothy Edwards in East Windsor, Connecticut. His father, a Puritan pastor, obviously raised Edwards in a Christian home. Edwards was given a strong education, eventually attending Yale; this prepared him for his role as a pastor and influential writer. While studying at Yale, he experienced a spiritual transformation, saying, “there came into my soul, and was as it were diffused through it, a sense of the glory of the divine being; a new sense, quite different from anything I had ever experienced before.”

In 1726, the church at Northampton elected Edwards to become their assistant pastor and ultimately their main pastor. While there, Edwards was concerned by the lack of faith that he saw in his congregation. However, while preaching a series of sermons on faith, Edwards saw a great change come over them: they all began to attend church and would spend a great amount of time talking with others about God. This revival spread outwards like ripples in a pond from Northampton, slowly reaching most of the American colonies. It is known to us today as the Great Awakening—or sometimes as the First Great Awakening, since similar revivals took place later in American history (a second began in the 1790s, and a third in the 1850s).

Jonathan Edwards had a profound impact on the Great Awakening. From late 1734 through 1735, the church in Northampton experienced a revival of faith. As Richard Hannula put it in Trial and Triumph, “Those who used to make fun of Pastor Edwards and disturb the services now hung on every word of the sermon. Soon people of all ages throughout the town, overwhelmed by their sin, cried out to Christ for forgiveness.” Edwards preached at many New England churches during this period, including the Enfield church where he preached his most famous sermon, “Sinners in the Hands of an Angry God.” With encouragement from other ministers in both Great Britain and the Thirteen Colonies, Edwards wrote a report on the Great Awakening, titled A Faithful Narrative of the Surprising Work of God. This report in turn inspired George Whitefield, John Wesley, and others, as did many of Edwards’ sermons, essays, and books.

Resolved, to confess frankly to myself all that which I find in myself, either infirmity or sin; and, if it be what concerns religion, also to confess the whole case to God, and implore needed help.

Jonathan Edwards affected the way Americans thought and lived, from the powerful to the marginalized. Whitefield, one of the pastors Edwards influenced, preached to many of the young Founding Fathers, such as John Adams and Benjamin Franklin. The Great Awakening also affected how people throughout the colonies lived their daily lives, placing God first. In Northampton, neighbors began to gather nightly for prayer and Bible reading. This surge of faith brought many people of all denominations together. For example, Whitefield was an Anglican minister, but he came and preached at Edwards’ Puritan church by Edwards’ invitation; this unity would prove crucial in the coming American Revolution.

Another effect of the Great Awakening was to encourage literacy for all, including the poor. Because the revival set great importance on reading the Bible, many people throughout the colonies learned to read for this express reason. Edwards also placed a special importance on teaching the local Housatonic people to read and write while a missionary to them.

For, after many years as pastor at the church at Northampton, Edwards was removed from his pastorship in 1751, due to a dispute about who could receive communion. Following his dismissal, he went as a missionary to the Housatonic at Stockbridge. He spent seven years teaching them about Christ as well as teaching them how to speak, read, and write English. His sermons were direct and to the point, which brought many of the Housatonic to Christ. Knowing their need for education outstripped his individual capacity, he found a recent Harvard graduate to teach the Housatonic boys.

While Edwards was still serving as a missionary at Stockbridge, Princeton College called him to become its president—but just two months after arriving, Edwards contracted smallpox. In 1758, after a life working to bring people to Christ, Edwards died at the age of only 55. Despite his short life and mixed success, to this day, he remains one of the most important figures in the history of American religion and culture.

Tom Mygatt is a 17 year old rising senior from Silver Spring, MD. He is currently homeschooled through Classical Conversations; he is interested in pursuing a degree in mechanical engineering, and is considering several colleges, including Grove City, Penn State, and the University of Maryland. His interests include playing soccer, reading, and hanging out with his church youth group.

Student essays hosted by the Journal are written by students who have placed among the top achievers on the CLT. Congratulations to Mr. Mygatt on his outstanding score! If you enjoyed this essay, you might like our series on the history of the great ideas as well—take a look at these posts on art, hospitality, progress, or the world.