Student Essay:
The Science of Heaven 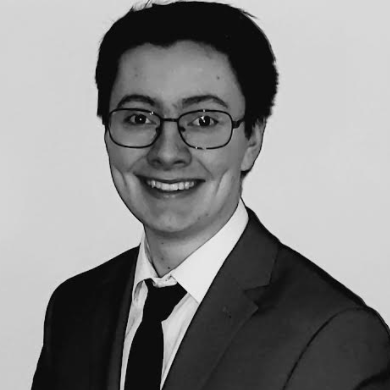 Aquinas' role in the history of culture is sometimes misunderstood, but remains vital.

St. Thomas Aquinas, prolific Catholic philosopher of the thirteenth century, was probably on the mind of C. S. Lewis as he gave his broadcast talks to a spiritually despondent Britain in the early 1940s. Amid a war that left large swaths of people ruminating over mankind’s existence, Lewis stressed moral law, the corrupted nature of the world, and salvation, all concepts which Aquinas would have agreed with. Aquinas is of course well known for aligning with Aristotle on several fundamental issues: that man has a soul, distinct from his corporeal organs; that good and evil occur in particular beings, shaping the soul; and the idea of reason as capable of explaining God’s existence as a science, among others.

In this merge of Christian doctrine with a secular philosophy, sadly, it is sometimes argued that Aquinas unwittingly contributed to the resurgence of paganism in the West. Nonetheless, it must be concluded that he was and is a net benefit to Christianity, justified by his view of God as omnipotent governor, science as primarily a way of pointing to God, and biblical wisdom as an exceptional source of knowledge.

Aquinas’ positive inspiration of Christian piety, if not fueled by his concepts of natural law, is driven by his outward-looking view of Divine government. He focused on using particulars (the things which we immediately sense and allow us to reason) to explain universals (God and the universe), rather than using universals to explain particulars. Strikingly, Francis Schaeffer, an evangelical theologian, suggested in his book How Should We Then Live: The Rise and Decline of Western Thought and Culture that Aquinas thus served as a conduit for worship of man, not worship of God: “The negative result of his teaching was that the individual things, the particulars, tended to be made independent … and consequently the meaning of the particulars began to be lost.” But the meaning of particulars is not overlooked by Aquinas, who demonstrates that, while some earthly things can be directly caused by others, the universality of God naturally controls all action. “Since the very act of free choice is traced to God as to a cause,” he writes in the Summa Theologiæ, “it necessarily follows that everything happening from the exercise of free choice must be subject to divine providence.” Aquinas goes on to say that God can move matter immediately and “in both senses … [He] is in every place, and this is to be everywhere.” Therefore, God and everything else under Him is interconnected, or at least not disconnected in an abstract way, in his view.

Contrary to theologians during his own time, who believed that God was known a priori and that knowing things would be impossible without knowing Him first, Aquinas thought that man’s conscious intellect could only make abstractions from physical matter and being—as separate from the intellect which exists and perceives things only in the soul. Therefore, according to Aquinas, “the existence of God, in so far as it is not self-evident to us, can be demonstrated from those of His effects which are known to us.” It is this idea which contemporaries, not unlike Schaeffer centuries later, took offense at and considered incorrect. They implied that Aquinas was degrading the truth of God so that man should look to himself as the arbiter of truth. Yet the Summa shows us that the unquestionable existence of God does not matter so much as the individual person recognizing His existence, both intellectually and spiritually; that is one of the core merits of salvation. “Again, just as the Holy Ghost directs man’s will by the gift of charity,” Aquinas writes, “so also, by the gift of understanding he enlightens the human mind, so it knows some supernatural truth.” As we see here, it is impossible to argue that Aquinas downplayed the superiority of God by stating that man only has “some” sense of divine reason. We can also draw this conclusion on a purely textual basis.

Another common argument put forward by Aquinas’ assailants is his supposedly equal treatment of Scripture and philosophy: if Aquinas considered these kinds of sources interchangeable, it would signal a diminution of Divine knowledge. However, the possibility of this equivalency is not as definite as one might assume from the Summa Theologiæ; in fact, the opposite may be true. For example, in regard to the end of the government of the world, Aquinas directly contradicts an objection with a verse from Psalms; in regard to the providence of God, he cites a verse from Matthew to contradict reasoning drawn from Cicero and Aristotle. Although Aquinas sometimes counters a biblical quote with logical reasoning, this is generally done to clarify the quote’s context, not supersede the Bible itself. Further, we see a faint hierarchical trend in terms of evidence. In the treatises concerning biblical literature and the Trinity, two cases where citation of sources is paramount, Scripture and saintly wisdom often trump pure reason. This proves that, while Aquinas’ discourses do not necessarily place the Bible first in authority, he never intended to put it below anything.

It is a cliché to many, but America seems to be facing a dearth of reason and objective morality, much like the scourge of nihilism that C. S. Lewis was so concerned with. In short, it was both fitting and beneficial for Thomas Aquinas to reconcile Aristotle’s logic with the sanctity of the Bible. By any fair evaluation, he does not deserve blame for the increasingly secular humanism of the Renaissance, the Enlightenment, and ultimately the modern era, even if he was occasionally cited by pernicious thinkers. Aquinas also showed that philosophy is not at odds with religion, nor should it be intentionally isolated from religion—rather, philosophy, which Aristotle deemed the “highest science,” strengthens the Christian belief system. Lewis himself certainly appreciated Aquinas’ observations of evil: “[He] noticed that … if we can see it, and feel if evil is present, pain at recognition of the evil, being a kind of knowledge, is relatively good.” Hopefully we can do a better job of that in the coming days.

Ethan Rohrbach is a 2021 high school graduate from Maple Valley, WA, having received a diploma and associate degree (sixty dual credits) through Green River College. In his spare time, he has a penchant for reading, disc golfing, listening to podcasts, essay writing, and studying antiques. He will be pursuing a baccalaureate in either English or Economics at Hillsdale College next fall.

Each time the CLT is administered, the forty highest-scoring students are invited to contribute an essay or piece of creative writing to the Journal. Congratulations to Mr. Rohrbach on his accomplishment! If you enjoyed this essay, take a look at some of our other contributions from high-scoring students, on topics from social media to Wuthering Heights. And be sure not to miss out on Anchored, our weekly podcast on education, policy, and culture, hosted by our founder Jeremy Tate.