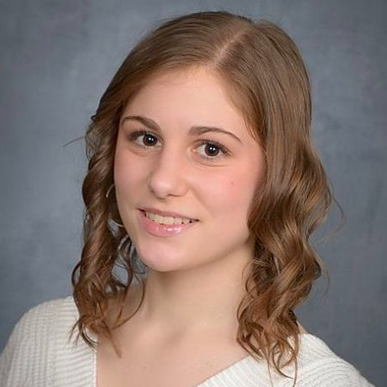 Is this foulest villain of Shakespeare really as black as he's painted?

One of the great mysteries in the history of England is that of “the Princes in the Tower.” Edward and Richard, sons of King Edward IV, were only thirteen and ten years old when their lights were snuffed out. Shortly before his death in 1483, Edward IV named his brother Richard of Gloucester as regent. This allowed Richard to assume temporary control of the government, until the young king, now Edward V, came of age.

After the princes entered the Tower of London (then a normal royal residence), the Bishop of Bath and Wells eventually revealed to Richard that his late brother’s marriage to Elizabeth Woodville, the princes’ mother, was invalid, “because the King had been affianced to another when he married Elizabeth.” (During this period, the bonds of betrothal were so strong that if one who was betrothed married another, the marriage was considered invalid.) After Richard learned this, he laid formal claim to the kingship and was eventually crowned as King Richard III. Not long afterwards, rumors began circulating of the princes’ deaths. The controversy lies in the identity of the guilty party.  Although he is commonly thought to have been responsible for the crime, an examination of what is known of him and other possible culprits will show that Richard is most likely innocent of the heinous killing of his nephews.

There is circumstantial evidence that points to Richard. Possible motivations for exterminating the Princes arose. They were Edward IV’s sons, and if ever the people became dissatisfied with Richard’s rule, the boys could in theory become a rallying point for revolt. Furthermore, he placed much weight on the opinion of his closest confidant, the Duke of Buckingham;  Buckingham was incredibly ambitious and persuasive, and could have convinced Richard to have the princes killed so long as he painted the deed as in the interest of preserving Richard’s kingship.

In addition, notable historians, including St. Thomas More, were convinced of Richard’s guilt. More’s account of the fate of the Princes is as follows. In 1483, Richard determined to end the lives of his nephews in order to secure his position. He turned to one James Tyrell to carry out the deed, and supplied him with a letter granting him full access to the Tower for a single night. He suffocated the princes in their sleep, and had the bodies buried under a stairwell. More’s chief source of this narrative is a confession from Tyrell himself. These are the strongest points which support Richard’s involvement in the princes’ deaths.

However, there is also plenty of evidence that Richard was completely innocent. By the time Richard had become king, the news of the Princes’ illegitimacy was known throughout the kingdom; the boys were no longer a strong threat. Furthermore, Richard had always been intensely loyal to his brother, making it very unlikely that he would ever desire to kill his nephews. Aside from these reasons to refrain from murder, Richard’s moral character simply did not line up with such an act. First, Richard was never especially ambitious for the throne and only took it since he believed himself to be next-in-line. Second, although the possibility remains that Buckingham could have persuaded Richard to kill the princes, this point is weak considering Richard’s great dislike of treachery; for example, many years before, Richard’s brother George and the Duke of Warwick had attempted to turn him against Edward IV, but once Richard realized their intentions, he “instantly rejected the whole dream.” Additionally, the actions of the Dowager Queen Elizabeth imply Richard’s innocence: Elizabeth and Richard had long been political rivals, yet she gave her daughters by Edward IV into his hands once he promised them safety and fair treatment, and also wrote to her son to surrender himself to Richard. Elizabeth would not have committed her remaining children to Richard’s care, had she thought he was responsible for the murders of the two princes. Regardless of their long rivalry, she must have believed in his innocence.

Finally, regarding the account of St. Thomas More, although based on a confession from a supposedly guilty party, his entire account is thrown into question when the source is examined. In fact, it is likely King Henry VII made up Tyrell’s confession, in an attempt to frame Richard (his political foe) for the crime, confirm the princes’ deaths, and potentially secure his throne from the threat of any person claiming to be one of the long-lost princes. Tyrell had gone on to serve Henry VII after Richard, but he was eventually imprisoned and condemned to death for treason. Although his imprisonment had nothing to do with Richard or the princes, Tyrell allegedly confessed to the crime before his execution. However, there are no official written or published accounts of the confession; Henry simply “revealed” that Tyrell had confessed, without providing any proof. Since More’s account is taken from this “confession,” the entire validity of the narrative is doubtful.

If Richard was innocent, however, the question remains: who was truly responsible for the deaths of Prince Edward V and Prince Richard of York? One plausible answer is the Duke of Buckingham, Richard’s closest confidant. He was ambitious and proved to be two-faced. In 1483, while Richard was away on official business, Buckingham betrayed Richard by conspiring with the Woodvilles to try to dethrone him, wanting the throne for himself. It was also during this time that the deaths of the Princes were announced—by Buckingham, who as Constable of England conveniently had complete access to the Tower. He had more cause than Richard to kill the princes; Richard’s claim to the throne was stronger than theirs, but theirs was stronger than Buckingham’s. The evidence is too clouded for decisive conclusions, but the most plausible theory may be that Richard III was innocent, and that the crime actually lay in the hands of the Duke of Buckingham.

Katherine Kumar is a seventeen-year-old junior at Regina Cæli Academy. She enjoys participating in Youth and Government (a debate and government program offered by the YMCA), working on various DIY projects, and reading novels. She is currently looking at several colleges, including Texas A&M, Benedictine College, Franciscan University, and the University of Dallas, and is thinking about studying political science or finance.

Each Friday, we publish an essay from a CLT student, selected from the top twenty-five scorers on each exam. Congratulations to Miss Kumar on her excellent score! If you enjoyed this piece, take a look at some more of our high-achieving students’ contributions to the Journal; you might also like The Daughter of Time, a celebrated novel that analyzes the mystery of the princes. And don’t miss out on our podcast on education and culture, Anchored, hosted by our founder, Jeremy Tate.