Student Essay:
The Wisdom of the Yahoos 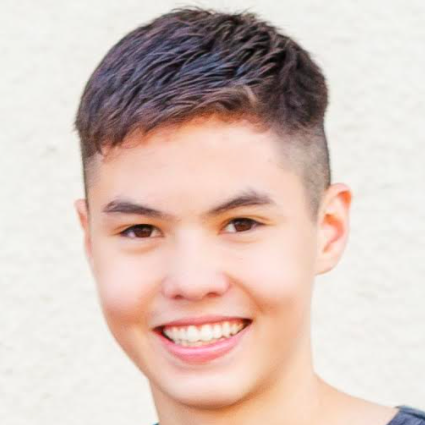 After observing my forgetfulness and lack of independence in respect to self-control and recollection of tasks to be done, my master asked me how Yahoos managed to survive whilst forgetting to do the basic duties of society and life.

I then took the opportunity to relate to him the uses of “Alexa,” that artificial intelligence based out of small cylinders. I spoke of how it listened and responded to whatever any Yahoo said to it. However, before I even got past this first description, he asked how we managed to trap a Yahoo spirit inside a metal cylinder and with utter disgust asked me if I thought this immoral.

My answer and the discussion that followed are chronicled below.

“To be perfectly clear, it is not a Yahoo that is trapped inside, but rather a computer that is programmed to behave similarly to one, albeit much more civil,” said I, “and hence, I do not find it immoral in any respect.”

“It seems strange to me that you hold your creations to a higher standard than you do yourselves,” replied he.

“Ah, well, as you’ve always said, ‘to be Yahoo is to err.’” I continued my discourse on Alexa, saying, “An adolescent Yahoo, too careless and wild to keep his own schedule, will have Alexa remind him of the tasks imposed upon him by his Yahoo superiors. This usually starts with this Yahoo sleeping until he is almost too late, but then being saved by the repeated reminders of his intelligent assistant, Alexa, who wakes him up.”

Snorting with laughter, my master rhetorically asked, “How can one expect to exceed in life if one can’t even wake up to meet the day?”

I continued on. “When this same Yahoo finds the pantry empty, instead of going out and getting more food or asking his mother, he will instead ask Alexa to ask his mother. He will also use Alexa to communicate indirectly with his friends, rather than simply talking to them.”

“It seems to me,” said my Houyhnhnm master, “that the Yahoos of your world avoid work at all costs. Out of laziness you bypass the social interactions that we Houyhnhnms thrive on. It is no wonder that when Yahoos do get together, there is a bounty of conflict between you because of your self-imposed isolation.”

“Perhaps we simply do not have the time to make small talk throughout the day in a face-to-face manner,” countered I.

“If you sleep until the latest possible moment, I am certain that there is much time in your day that could be reclaimed for social interaction,” argued my master, and promptly excused himself to go milk the cow, ending our conversation for the day.

Not long after our first conversation, I chanced to mention how much I marvelled at the ability of Houyhnhnm to remember all manner of facts, recipes in particular. My master and his Houyhnhnm servant were in disbelief that Yahoos could not remember how to cook food, and asked how we made edible food. I, again, took the opportunity to extol the virtues of Alexa.

“Alexa is so marvelous because we Yahoos never have to remember exactly how some specific recipe goes,” I said.

“Your Yahoo society is so reliant on the comforts of your own homes that if you are ever without your ‘Alexa,’ you would have to go without food,” said my master.

“Sadly,” I replied, “that’s just the beginning of it. During the occasional event where Yahoo sits down and writes a letter, there are many words that he or she does not know how to spell. They will then ask Alexa for the proper pronunciation and spelling of the word. This proves quite useful when a Yahoo is trying to impress another Yahoo with long words and complex sentence structures. It gives the impression of abundant knowledge without having to put the work in to learn or memorize those words and rules.”

“Yahoos of all lands seek to present themselves as much better than they are,” said my master; “you all seek to have an appearance of strength, knowledge, and self-control without truly possessing those qualities. We Houyhnhnms never hide or cover up anything, so that all may see who we truly are, not who we aspire to be, but will never obtain. In a society where everyone is wearing a false mask, by using Alexa or anything else, it takes much perseverance to find out what a person is really like behind the mask. One never knows when you will find yourself without your mask, and must learn to live as you ought to live. Then again, perhaps Yahoos are simply beyond hope, forever full of faults and weaknesses that they are too ashamed to reveal to the watching world. That is why, as you have told me, honesty is so valued in your land, because most people live lives of deception.”

In all my years since traveling abroad, I have never forgotten this discourse given to me by a horse. I have learned to improve myself, rather than the image of myself that I wished for. I stopped imagining myself as something greater and started making myself something greater. No longer do I hide behind the knowledge granted to me by technology, but instead openly admit my weaknesses to all.

Caedmon Eng is a home schooled high school junior living in Anaheim, CA. He plans to study mechanical engineering in college. Outside of school, he spends most of his time playing basketball, watching baseball, and enjoying the company of friends.

We invite the forty highest-scoring students from each administration of the CLT to contribute an essay to the Journal. Congratulations to Mr. Eng on his achievement! If you’d like to read more, you might enjoy these student essays on the text of the national anthem and Solzhenitsyn’s novel Cancer Ward, or these “Great Conversation” posts on the virtue of courage and the idea of the natural. And be sure to check out our weekly podcast, Anchored, hosted by our founder, Jeremy Tate.