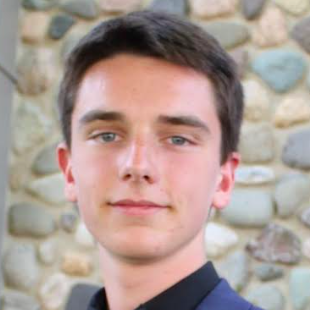 Though it is indispensable to virtue, a love of truth by itself is not enough to sustain virtue; something more and other is needed ...

The book All the King’s Men by Robert Penn Warren takes an interesting approach to the concepts of deception, love, and, most importantly, truth. Paralleling the real life career and eventual murder of Huey P. Long (a Southern statesman nicknamed “the Kingfisher”), All the King’s Men chronicles the political rise, moral degeneration, and final assassination of Willie Stark, narrated by political journalist Jack Burden; but perhaps the most important character in the book, the embodiment of its moral theme, is Burden’s close friend—and, in the end, Stark’s murderer—Dr. Adam Stanton.

The revelation of his moral character is a process that takes nearly the whole span of the novel. Early on, Burden’s interactions with the doctor are those of close friends, not only warm in their manners but caring in their actions. Stanton is close to his sister Anne as well (who is also Burden’s childhood sweetheart), almost a second father for her.

At first glance, Dr. Stanton appears uncomplicated and heroic. He loves and protects those he cares for—the worst times in his life are those when people he loves are in pain. He is a generous man, even to those he has just met, nor does he confine his caring nature to his hospital; however, any person who has shown him an initial face of deception receives his disdain. Stanton lives very particularly, precise in his actions and spare in his living space. (Some of the only times he lets loose are at his piano, which he plays when in distress.) Much of this precision could be attributed to his career as a doctor, but it is also a function of his personality. His life is undoubtedly a successful one by the world’s standards, though perhaps less so by his own. He cares little for what others think, and holds his standards high above the world’s. As Burden remarks at one point, “I used to wonder why he lived the way he did when he must have been having quite a handsome take, but I finally got it through my head that he didn’t ask anything from a lot of the folks he cut on.* He had the name of a softie in the trade.”

Dr. Stanton is introduced early on as a side character; his backstory and role in the plot mount in the later chapters. All his interactions with Stark are hesitant and cautious, yet he ends up partnering with Stark as the director of a new medical center. This decision haunts him later, when Burden uncovers a series of lies and secrets concerning both Stark and his political enemies, lies and secrets which the Stanton family is also entangled in. Small untruths undoubtedly disturbed Stanton, but not to the final breaking point; when he finds out about the lies his father told, he shuts down. He goes off the radar—and right as Burden finds him, he kills Stark, and is shot himself.

A truth that's told with bad intent
Beats all the lies you can invent.

The doctor’s life is encapsulated in his last moments: “With his right arm still extended Adam reeled back a step, swung his reproachful and haggard gaze upon me and fixed it, even as a second burst of firing came and he fell to the floor.” As he falls to the floor, he looks to Burden, hoping he will be alright, knowing he could not help anymore, and giving up on the world. He tries to conquer the world’s sin and evil, but without recognizing his own sin or the flaws of those that surround him.

A common saying is “Truth hurts.” This is particularly obvious in Stanton’s situation. Yet how can this be true if truth, as such, is good? Truth hurts when it is covered by deception. Sin is beneath every instance of pain, and we cannot begin to fix ourselves without accepting this. The doctor’s own last act was a lie: “He’s shaking hands with him, he’s all right now, he’s all right. Then I saw what was in his hand.” Covering up his emotions and then letting them burst forth; committing this last act of deception, hiding his gun as he greeted Stark, something he had tried to protect everybody he loved from, killed him just as much as the bullets that pierced his body. He died in deception and sin, and it was caused by the error of his ways.

Stanton’s life reflects man’s attempts at perfection outside of God. The book as a whole does not mention religion or God beyond ordinary Southern conventionalities; but the doctor’s attempts to protect everybody he cares for, while also trying to write his own story through his life, undermine the saint-like picture of him that the book paints of him at the beginning of the story. By idolizing truth, he lied to himself about reality, morality, and his entire life. Once he discovered the great deceptions of the story, he realized he could never completely escape from them by himself, and gave up. Without God, he did the best he could; he did better than some; but it was still not good enough.

*Take and cut on in this sentence are slang terms for “income” and “perform surgery on,” respectively.

Austin Young is a senior at RiverTree High School in Crystal, MN. He enjoys spending time with friends, playing sports, reading, listening to music, and mathematics; in service to this last, he is considering studying Architecture or Engineering at the college level.

If you enjoyed this piece, you might like some of our other material here at the Journal: we have two recurring series, one profiling the writers from our Author Bank and the other discussing the history of ideas, as well as recurring contributions from high-scoring examinees, professional academics and teachers, and more. And be sure to check out our podcast (hosted by CLT founder Jeremy Tate), Anchored.

Published on 23rd September, 2022. Page image of Huey P. Long, former Governor of Louisiana and US Senator, on whom Willie Stark was based (photographed ca. 1934).