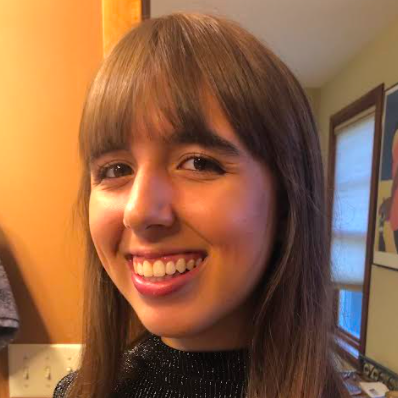 We sometimes think of nineteenth-century femininity as a monolith, but this is false to both life and art.

Every society has ideals for how different people ought to behave, and the ideals are often revealed in novels and stories. Victorian-era literature, for example, is known for valuing angelic qualities in women, from which one can deduce that gentle and nurturing personalities were seen as important in women at that time in Britain. Interestingly enough, however, not all countries during the Victorian time period saw serenity and maturity as crucial feminine traits. One lesser known example of a country that had different feminine ideals was Brazil, whose literature held up vivacious and mischievous young women as the most attractive romantic ideal. Although there was common ground between the two ideals, the British and the Brazilians had different cultural standards of attractiveness in women during the same time period, which shows the divergence in ways of thinking that can arise in different cultures.

A Tale of Two Cities, a novel by Charles Dickens, focuses on a British woman of French descent called Lucie Manette who embodies the steady Victorian ideal. Lucie shows persistent dedication to her family, gentle ways of speaking, and an ageless maturity. She doesn’t get angry or tease her love interest. The book starts with her as a young woman, her childhood phase long gone and her priorities in order. Since she has the maturity to deal with the events of the plot, Lucie’s character growth consists of mastering her fears rather than learning something new about the world. The adult Lucie Manette is an admirable woman—and part of the Victorian ideal is revealed by that fact. Her girlhood is not spoken of, most likely because of the immaturity that comes with being young. Lucie enters the story as a mature character, and is romantic because of that. If her childhood had been included in the story, it would likely have detracted from her charm to a Victorian reader.

Charlotte Brontë’s Jane Eyre, another Victorian novel, shows more clearly how the Victorian British did not view childhood with any romantic fondness. The story follows the titular character for a part of her childhood, and this part of the novel serves as exposition for the woman Jane becomes. There is nothing romantic about the misery Jane faces in her youth, nor about the immaturity that gets stripped from her as she learns hard life lessons. Jane Eyre, written by a woman and also part of the gothic genre, breaks the ideal mold in some ways, as Jane is much more blunt and outspoken about what she thinks than Lucie, and does manage to make her own way in the world. However, Jane retains most of the desired Victorian traits: she is mature and serious, she doesn’t toy with her love interests, she mostly communicates gently despite sometimes being quite outspoken, and her story concludes with a new life, now devoted to her husband. The Victorian feminine ideal, as portrayed by Jane and Lucie, may have helped women gain wisdom and grow up quickly; but it wasn’t much fun.

You, Sweet, his Mistress, Wife, and Muse,
Were you for mortal woman meant?
Your praises give a hundred clues
To mythological intent!

On the other side of the world, during the same time period, Brazilian literature had a different ideal, one perfectly shown by a protagonist, Carolina, from Joaquim Manuel de Macedo’s A Moreninha. Carolina is the young woman whose heart many men want, but cannot obtain. She is mischievous, pulling pranks on almost everyone and teasing the men who show an interest in her. She also has a brilliant wit and sense of humor. She is serious at the right times, but mostly vivacious. Another important factor: Carolina is a teenage girl. In Brazilian culture, youth, especially a girl’s youth, was celebrated for its innocent and carefree nature, in contrast to the Victorian novels that portray youth as a hurdle to be overcome before maturity is reached.

Another novel, Machado de Assis’s Iaiá Garcia, has a protagonist similar to Carolina. The titular character is also seen as capricious and mischievous, which are traits that attract the main character, Jorge, and also set Iaiá up as a foil to her romantic rival, her own step-mother (another young woman, Estella, who initially rejected the main character, Jorge, and married Iaiá’s father out of convenience). While Estella is described as cold and proud, Iaiá is lively and loving. Assis does not portray her mischievous nature as harmful or immature, as that quality helps to make her character so lovable. Together with Carolina, Iaiá shows the Brazilian feminine ideal of spontaneity and vivaciousness.

On both sides of the world, however, there was a similarity: the ideal woman was oriented towards her family. Carolina shows this in her devotion to her grandmother and the nurse who raised her, and Iaiá has a very close bond with her father. Lucie, in the same way, spends the entire novel caring for her family. Jane, an orphan, has less of an opportunity to show this trait, but concludes her story in a settled domestic life with her love interest. In both Brazil and Britain during the Victorian time period, a woman’s highest calling was to her family. Although this idea has fallen from grace in the modern era, it helped women all across the world find fulfillment.

Erika Kyba is a seventeen-year-old student at Convent of the Visitation High School in St. Paul, MN. She is considering going to Hillsdale College, and plans to study English. She participates in her schools’ debate team and plays the trumpet for its band, and enjoys spending her free time listening to music, reading, and writing.

Every time we administer the CLT, the forty highest-scoring students are invited to contribute an essay to the Journal. Congratulations to Miss Kyba on her score! If you’d like to see more of what our students can do, take a look at this essay on the character arc of Shakespeare’s Hamlet, or this verse-by-verse analysis of the national anthem. And don’t miss our upcoming Journey Through the Author Bank, a series of seminars given by academics from around the country on the writers and texts we use on the Classic Learning Test.