Student Essay:
Without and Within 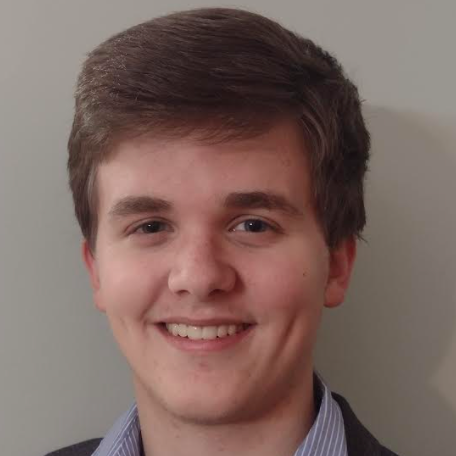 Sawyer and Finn present not only two distinct characters, but two whole modes of constructing narrative.

​​Conflict is perhaps the most important element of a plot, and comes in various forms. Two fascinating genres of conflict are Man versus Society and Man versus Self; Mark Twain’s The Adventures of Tom Sawyer and Huckleberry Finn exemplify both forms. Throughout these novels, the titular characters face many challenges and dangers. However, though many of their personal struggles and obstacles are similar, the sources of their troubles are very different. Huckleberry Finn’s woes seem to be caused by the “sivilized” world, suggesting the Man versus Society type of conflict. On the other hand, Sawyer brings most of his problems upon himself, illustrating the Man against Self antagonism. Though these boys are so very different, they are frequently together in their respective books. By placing this extremely dissimilar pair together in the same series, Twain provides a stark contrast that clearly showcases these two types of conflict.

Huck Finn’s past before the events of Tom Sawyer is largely unknown, but the reader can quickly discern society’s distaste for him. At the beginning of that book, Twain labels Finn the “juvenile pariah of the village.” He sleeps in a hogshead (a type of barrel), curses, and chews tobacco. He inherits these unsavory habits, along with his bad reputation, from his alcoholic father. Though the boy is homeless, abused, and likely unfed, society does not come to his aid, but casts him out further. All the town children envy Finn’s vagabond lifestyle and wish to befriend him, but their parents forbid them from speaking to him; the narrator says that Huck is at this point “cordially hated and dreaded by all the mothers of the town.” Nevertheless, by helping save the kindly Widow Douglas from the sinister Injun Joe, Finn shows society his good heart. The town then welcomes him with open arms—but this is under the assumption that he will change to meet their standards. Huck is incapable of conforming to the civilized world, forever scarred by his years as an outcast.

Similarly, Tom Sawyer is not a highly regarded individual; but, unlike Huck, he has created this reputation for himself. Tom comes from a good family and is raised by a godly woman: his troubles are of his own making. Even the local slaves know of Sawyer’s infamously mischievous behavior. When Tom tries to trick a young slave named Jim (not the same Jim as in Huckleberry Finn) into trading chores, Jim replies that his master warned him that “Mars Tom gwine to ax me to whitewash.” Everyone in town knows that, even though Tom belongs to society, he hates its rules and breaks them with reckless abandon. Tom finds the Model Boy, the local paragon of childhood virtue, such an appalling antithesis to himself that he feels compelled to pick a fight with that noble creature. Such actions only result in the public’s opinion of Sawyer sinking even lower. Though he tries to gain better standing in the community with attention-grabbing stunts, society’s verdict stays largely the same. People in the town will always believe, as the narrator says, that Tom Sawyer “would be President, yet, if he escaped hanging.”

Another clear indicator of the origins of these boys’ problems is their respective perspectives on their world. On the whole, Huck Finn sees the world for what it truly is; he does not fantasize or daydream, preferring to face life as it is in reality. The resourceful young drifter has no shortage of problems, so he feels no need to conjure up challenges to conquer. By contrast, Tom Sawyer seems to find daily life not perilous or exciting enough—which is particularly odd for a boy who has testified in court against a murderer, been lost in a cave, and found a treasure chest, all in a very short period of time. Being dissatisfied in this way, he must fabricate fanciful issues and obstacles to overcome in order to be happy. Author James Light comments on the clear distinction between the two friends in a contribution to the Mark Twain Journal, “Tom Sawyer romanticizes and falsifies, so that when Huck sees the objective reality of a Sunday school picnic, Tom indignantly exclaims that Huck’s view is false. There is, for Tom, a crowd of Spaniards and A-rabs, of camels and elephants—all of which can be raided by the murderous gang led by Tom.” Tom’s wish to invent complicated adventures, as evidenced by this picnic incident, is a trait Huck neither shares nor understands. James Cox tries to explain this obvious difference between the two friends in his essay Remarks on the Sad Initiation of Huckleberry Finn: “Huck is living on too thin a margin to afford Tom’s luxurious romance. His motives, arising from his struggle for survival, do not allow him any impracticalities.” Tom, on the other hand, is well cared for and has few real problems, so he has freedom to invent all manner of difficulties to resolve. Both Cox and Light seem to assert the idea that Huck, unlike Tom, struggles against something much stronger than himself. This negative force is all too often societal folly.

Though both of these young protagonists face a myriad of challenges, their problems clearly arise from very different sources. In so many cases, the sins of society cause Huck Finn’s troubles, proving Twain writes a Man versus Society conflict for this protagonist. From the very beginning, it is clear that the powers in civilized communities are not on Finn’s side. On the other hand, Tom Sawyer is the origin of most of his own trials, exemplifying the Man versus Self kind of antagonism. From the first chapter of Tom Sawyer, the titular troublemaker’s penchant for conflict becomes obvious, and he proves very capable at finding it.

Brodie Crowder is an aspiring author from Ohio. He is currently considering pursuing a Literature major at Cedarville University, Dallas Baptist University, or Colorado Christian University. In his free time, he writes science fiction, builds LEGO art, and goes fishing.

Every time the CLT is administered, the forty top students on the test are invited to write an essay for the Journal. Congratulations, Mr. Crowder! If you liked this essay, take a look at some of the other work contributed by our high-performing students, like this one on empathy and civil discourse or this one on Solzhenitsyn’s Cancer Ward. Or, if you’re looking for education and culture on the go, try our weekly podcast, Anchored.