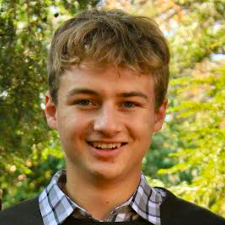 Hreth stood in victory over the dragon corpse. Though the sea-monster’s spirit had been broken, its vicious power lingered in the husk of its body, still warped, still charged with malice. The utter blackness of the serpent’s scales radiated a fury that made the very air around it distort like a heat-haze, smoldering with an intensity which seemed out of place, a desecration against the dull beach-sand and gray sky of the North.

The sword that had killed the sea-dragon remained sunk hilt-deep in its skull. Neither scale nor bone had halted the blade of unnaturally dark metal, which seethed with a black fire that further charred the monster’s flesh. Hreth stared at it blankly, watching the smoke rise from the dragon’s skull.

Long had the cursed blade lain untouched in the hall of the kings of the Rhaedar, the Golden-Helmed Folk. Drynthor they had named the sword, might-blade, though some called it Mordrync, foul-blade. It passed down from generation to generation with a warning: Use this blade only at direst need, for only one with great steadfastness of purpose can master it, and even then he will pay a cost.

Indeed, long did the Rhaedar leave the sword untouched, even when all other weapons failed them. The sea-fiend, serpent of the deeps, had ravaged the ships of the Rhaedar, a seafaring folk, burning vessels and murdering crews. No craft of iron could pierce the sea-dragon’s scales. No strength of arm or heart could rid the Rhaedar of their bane. The greatest golden-helmed warriors of the king’s hall perished in its flame. Haedring the Tall, Rhethil Firm-hand, and Thadryn Fang-breaker fell beneath the fury of the deep-fiend, the beast that would not abandon its hate.

Seventy years had the Rhaedar endured, their fleets destroyed, their trade cut off, their island’s food supply ever scarcer, when King Hreth determined to act. Judging his son ready to take the throne and feeling age begin to gnaw at his strength, Hreth resolved to spend his life worthily before time stole it. At last he would challenge the serpent whose shadow had been the scourge of his reign; thus Hreth arose and took the dire blade. As he grasped it, dark flames surged wrathfully along the black metal. The sword spoke to his mind. It raged, striving to dominate Hreth’s will, to stir him to fell deeds. Hreth endured, steadfast in his zeal to protect his people. Defying the blade’s curse, he would use it where lesser swords had failed, to pierce the scales of the dragon. Few dare such deeds, and fewer succeed. None endure unscathed.

With a helm of gold and a shield of iron, Hreth had stridden to the beach, bearing the grim blade. He would either slay his people’s bane or die with duty fulfilled, knowing no evil had he shirked from confronting. The dragon, ever-lurking near the isle, did not long ignore Hreth’s challenge. The leviathan arose, churning the sea in the wrath of its pride. It descended with tooth and flame.

Hreth stood. He raised a cry of defiance in the face of his foe. Within the raging sea of flame, his upraised shield lent him haven. Golden helm glinting in the fire-light, Hreth took his black blade and thrust it into the serpent’s head, impaling the dragon as it lunged. The force of the beast’s attack threw Hreth to the ground, but the blow had been dealt. As the sword’s flame seared into the monster’s skull, the fiend’s own fire faded. The sea-monster shook, then shuddered into stillness. A disembodied wail echoed in the wind, first an overwhelming, discordant screech that clawed and raked at the minds of those who heard it, but soon waning until the waves drowned it out. Hreth arose and stood over the corpse.

Hreth’s iron shield fell to the beach as he lowered his arm. The shield hissed with heat against the sand. The metal had warped from the ferocity of the dragon-fire and still glowed a dull red. The heat had penetrated the iron, searing the flesh of Hreth’s shield-arm. But Hreth’s sword-arm looked worse. The hand and wrist charred black from the blade’s angry flame, the arm itself hung limp, pale and leached of life. The people of the Rhaedar rejoiced on the cliffs at the dragon’s demise and their salvation from its seventy-year scourge but then hushed, seeing their king’s pain. They raised sword and spear in silent salute. By their king’s wounds they had been delivered.

But the deepest agony of their king they could not see. Beyond his wounded hands, a deeper torture fell upon him, soul-biting and unquenchable. Turning away from the corpse, Hreth loosed a biting, shattering shriek that rose over the sigh of the waves and echoed off the cliffs, rebounding upon itself as if it were the cries of many.

Such a curse falls upon all dragon-slayers; the rent and mangled spirit torn from the flesh of the serpent descended upon Hreth, fastening to him. With a husk of its power but a will bent on vengeance, its rage filled Hreth’s mind. Thus began the torment of Hreth Fiend-slayer, the price of his glory.

An Iowa native, Caleb was homeschooled for most of his life; he now lives outside Washington, DC, where he is a senior at Immanuel Christian High School. He plans to major in either liberal arts or philosophy at Patrick Henry College or Hillsdale, before pursuing an M. Div. at Southern Baptist Theological Seminary. In his free time, he plays strategy games, reads, and works on the fantasy series he hopes to publish one day (to which this is the prologue).

Student essays, stories, and poems are contributed by top-scoring students on our flagship exam, the CLT; this is the second time Mr. Dummermuth has been achieved one of the highest scores on his test, and his second contribution accordingly. Congratulations! Go here to see more from our top students. You might also enjoy our podcast, Anchored, hosted by CLT’s founder and leader, Jeremy Tate.

Published on 20th January, 2023. Page image of Runestone U 887, originating in Sweden and probably dating to the late eleventh century; it depicts a dragon, on which are carved runes commemorating the father of the men who set up the stone..