Tacitus: A Clear Eye on History 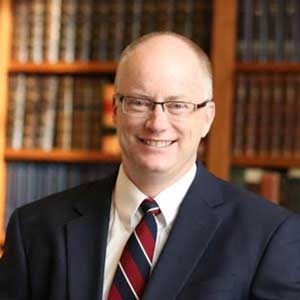 When I first read about Tacitus, in the margins of my high school world history textbook, I remember being shocked that the ancients even had historians. I asked my teacher why we didn’t just read what Tacitus wrote about Rome instead of a textbook. My thinking was simple: Tacitus was there; he can give a firsthand account. She told me, “You can’t always trust those old historians, because if they said anything the emperor didn’t like, life didn’t end well.”

The thing is, her claim implied that the authors of modern textbooks are objective, unlike ancient historians who were shills of the Roman emperors. But, while past writers had their own flaws and prejudices, so do present writers. And present flaws aren’t necessarily better than past ones. The modern preoccupation with finding faults on both sides of a historical conflict, for example, can obscure the real good and real evil that were at stake—as if imperial Great Britain, because of its sins, weren’t genuinely better than Nazi Germany, or as if contemporary South Korea weren’t really freer and happier and more human than North Korea.

Later in life, when I got around to reading Tacitus, I was surprised by his brazen independence of thought. Not only did he seem pretty sympathetic to the plight of the barbarians who were resisting Roman conquest in his Annals, he warned of the dangerous lack of accountability in the power of the Cæsars. His stated purpose was to “relate without anger or zeal, motives from which I am far removed.” This is hardly the style of an official imperial shill. And imagine, by contrast, making even a qualified positive remark about colonizers from seventeenth-century Spain or England today: the backlash would be overwhelming. The truth is, our age is no more objective than our ancestors’ ages were.

Every period has its blind spots. But students who read Tacitus alongside other Roman and Greek, or even American, historians can see the bent each one brings to their scholarship. Comparison is a powerful tutor. Widely-read students come to see that all of our collective historical memories are tainted: as C. S. Lewis put it, “A man who has lived in many places is not likely to be deceived by the errors of his native village; the scholar has lived in many times and is therefore in some degree immune from the great cataract of nonsense that pours from the press and the microphone of his own age.”

Reading Tacitus doesn’t just help students understand historical events; it helps them understand the culture of the time through one of its own citizens, speaking across two millennia. Understanding Rome can help the student see the biases of our own time. It has never been more important for students to have perspective and to assess the stories they are told critically. The CLT’s reading list grounds students in reality in a mercurial age. It affords them a reference frame of centuries and continents from which to understand the here and now so that they, like Tacitus, may think and act in clarity.

David Goodwin is the President of the Association of Classical Christian Schools, which educates fifty thousand students nationwide.