Student Essay:
The Centrality of Epistemology 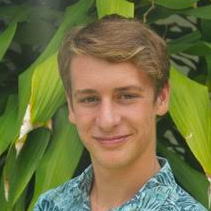 How we know what we know governs everything else we think, and thus, our lives.

Education guides our worldview, and worldview guides action; but education ought not to create worldview—that is the student’s job. Contemporary education is failing in this inherent purpose, spoon-feeding each student with the “correct” views and depriving them of the ability to think for themselves. At the end of a proper education, students would become true Thinkers, vested with a moral independence allowing them to make their way in the world wisely and well. This issue can only be counteracted by students who have been failed by the system taking back their agency and building their own worldview, worthy of a Thinker.

Epistemology manifests itself in several forms. Children often believe that whatever they are told, by anyone, is the truth. Students failed by the system also tend to believe what their influences have told them about truth through this implicit epistemology. As men become Thinkers, however, their epistemology comes into focus. From that developmental starting point, epistemology is defined by the Thinker’s varying beliefs. These beliefs do nothing to affect the actual existence of truth, but act as helpful assistants in the construction of worldview.

If a man has learned to see and know what really is, he will act in accordance with truth. Epistemology is in itself ethics, and ethics is epistemology.

Epistemology is also the study of perception and how we gain knowledge. The study of perception includes understanding what channels of perception exist and which ones reliably supply truth. Ultimately, the goal of studying perception is to determine who we can trust. Studying perception helps a Thinker consider ratios of doubt to certainty in relation to the many perceptive channels that exist. In this study, just as in the last, epistemology comes in many forms. Some believe that in general we perceive real things, but are deceived about their significance (as in Plato’s famous cave); others, that we cannot perceive anything reliably, so that the only dependable existence is the Self (e.g., Descartes); still others, that we perceive real things, but that our human senses automatically taint them with bias (e.g., Kant). Each of these examples further confirms the role that the study of perception plays in helping decide the ratio of doubt to certainty in a given worldview.

Perception has an intricate relationship with truth. If a Thinker begins constructing their worldview from their views of perception, they may remove truth from their worldview due to radical doubt abolishing reliability. The result is much like that of the postmodernist: objectivity replaced by subjectivity because of a focus on the Self. On the other hand, starting from truth will establish a permanent object that remains in the Thinker’s worldview despite their personal views of perception. This preserves the classic (and Christian) relationship between the objective and subjective.

An implicit part of every belief is the assumptions they rest on, called a priori assumptions. Everyone begins with the assumption that truth is real (implicit epistemology), and myriad other assumptions constitute early worldviews. But Thinkers are vested with an independence and a moral duty that demands coherence. Unfortunately, many implicit assumptions contradict each other, which leads Thinkers to use their epistemology as a standard to judge these assumptions by. This is because epistemology is the source of reason. Reason is humanity’s ability to judge according to standards both quantitative and qualitative. Human reason has two unique parts: logic and morality. The former component judges objects according to quantitative standards, the latter according to qualitative standards. How logic and morality are configured is specific to the epistemology of each Thinker, but reason always remains the preeminent tool for judging a priori assumptions.

Despite each foregoing proof, not all Thinkers agree that epistemology is the most foundational part of any worldview. They propose that teleology is the most important—our purpose in the world. Epistemology is important, because it is the study of knowledge, but teleology studies the meaning and purpose of whatever exists. Teleology provides a definition of success in the form of a purpose, and therefore, teleology provides a standard to judge existence.

But their analysis does not consider the method that truly decides which core aspect of worldview is most foundational. This method analyses each of the three parts of worldview (epistemology, ontology, and teleology), and ranks each by their reliance on the others. The field that relies on the others in the fewest and least important ways is the most foundational. Teleology in particular relies on a standard of quality (provided by epistemology) to make the standard that it is meant to create; it also relies on an existence in the first place (again provided by epistemology—ontology is also concerned with existence, but the evidence for existence comes from epistemology). Conversely, epistemology studies truth. Studying truth relies on nothing but truth, so epistemology is the least reliant aspect of worldview.

Epistemology is the source of every human’s conception of truth and all rational discussion. Using the tools epistemology provides, people can overturn the failures of modern education and become Thinkers. They can ensure their worldview is coherent by judging their preconceptions with the well-developed reason afforded by epistemology. Aristotle called philosophy the art that man partakes in after every practical need has been met. The vast majority of modern citizens can live well if they desire to, because of the effects of recent advancements. There is no reason not to counteract the problem of modern education through self-education. Thus, in the midst of the educational crisis, students must take back their agency to then create their own worldviews—starting with epistemology.

Jeshua Grose is an 11th grade homeschool student from Oahu, HI. As a student studying with Classical Conversations, his academic interests include philosophy, economics, and the life of Abraham Lincoln. When not reading and writing, Jeshua enjoys swimming competitively, participating in his Trail Life troop, and listening to podcasts. His desired majors run along veins of politics, economics, and classics, which he hopes to study at Hillsdale College, Patrick Henry College, or Thomas Aquinas College. He wishes shalom to anyone reading the CLT Journal.
Each time we administer the CLT, the forty top students on that test are invited to contribute to the Journal. Congratulations to Mr. Grose on his high score! If you enjoyed this piece, take a look at some of our past contributors, on topics ranging from the nature of friendship to the character of fairy tales to philosophic differences between Plato and Aristotle.