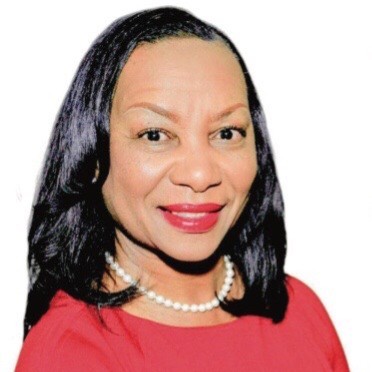 Tubman's determination to be free, and to free her family, shines out to this day.

Harriet Tubman said that she could have led more slaves to freedom if they had only known they were slaves. Drawing inspiration from her, I taught my children to defend their beliefs and to have confidence in proclaiming those beliefs. It may seem strange to have a person among our academic heroes who herself could neither read nor write—if we ignore Homer, at least—but her friend and admirer Sarah Hopkins Bradford composed two biographies based on interviews with her (Scenes In the Life of Harriet Tubman and Harriet Tubman, the Moses of Her People), and preserved the very music of her voice word for word.

Born a slave in 1822, Tubman became a heroine of the Underground Railroad and of Abolitionism generally. She knew and believed that she had a right to liberty or death. For this reason, she took immense personal risks to rescue at least seventy other slaves, earning the nickname “Moses” for these liberations. She later said of the beginning of her work (particularly in liberating her family), following her own escape from Maryland into the relative safety of Pennsylvania: “But to this solemn resolution I came, I was free, and they should be free also—I would make a home for them in the North, and, the Lord helping me, I would bring them all there.” And that she did.

I looked at my hands, to see if I was the same person now I was free. There was such a glory over everything, the sun came like gold through the trees, and over the fields, and I felt like I was in heaven.

The best way to teach history is to tell the good, the bad, and the ugly. The world is not always a safe or pretty place, and we cannot hide the facts if we want our children to be ready to confront them. The meaning of truth and freedom is essential to our family’s core values. Tubman’s courage, her resilience, and above all her incredible fierceness, were exemplary to all people. In Freedom: A History of Us (a favorite book which I highly recommend for any U.S. history curriculum), Joy Hakim writes:

“Harriet Tubman was born a slave on Maryland’s Eastern Shore … but there was none of the spirit of an enslaved person in her. She was tiny—just five feet tall—but stronger than most men. She could lift great weights, withstand cold and heat, chop down big trees, and go without food when necessary. No one ever taught her to read and write, but she learned to listen and remember … She learned that a few slaves were freed by their masters. She learned that others ran away North and found freedom. She learned that if a slave tried to escape and was caught the consequences would be [to get] a whipping, branded, and sold. He would be sold far South to cotton plantations where life was even harder for blacks than it was in Maryland and there was little chance for escape. Harriet also learned that some people, white and black, helped slaves to escape. They were part of an Underground Railroad. These stations were places where people could be trusted to feed and house runaways. …

“One day, she was hit in the forehead by a lead weight thrown by an overseer. For months she lay unconscious. Everyone thought she would die, and for the rest of her life she had fainting spells. But this didn’t stop her. Harriet yearned for freedom and was determined to escape. When she was sent to work with her father, she met a woman who was part of the Underground Railroad. Harriet’s father taught her the ways of the woods: how to walk softly and what plants she could eat. … After she escaped north to freedom, she came back and got her brothers and sisters and her parents. It took many trips. But she didn’t stop with just her family. She is said to have led thousands of slaves to freedom. She became the most famous conductor on the Underground Railroad.”

She was a gun-toting, God-quoting gal, focused and determined, and her message is still relevant today. “If you hear the dogs, keep going, if you see the torches in the woods, keep going, if there’s shouting after you, keep going. Don’t ever stop. Keep going. If you want a taste of freedom, keep going.” Small wonder that Harriet Tubman is slated to appear on the twenty dollar bill in the near future. Her living spirit, more than a century after her death, remains an inspiration to all Americans.

A musician and mother of five, Joyce Burges founded the National Black Home Educators association with her husband in 2000. The Burges family have appeared in Newsweek, the Boston Globe, and The Crisis Magazine (an NAACP national publication).

If you liked this piece, check out our other profiles of figures from our author bank, like Herodotus or John Milton. Or take a look at our series discussing the great ideas, like this post on the history of the idea of fate.

Note: This author was included in a previous version of the Author Bank, but is not present on the current edition (though passages from her work may still appear on CLT exams). A discussion of the latest revisions to the Bank, courtesy of Dr. Angel Adams Parham, can be found here.