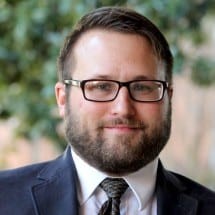 Celebrate Constitution Day With Us!

Please join The Honors College at Belmont Abbey & CLT in partnership with the Jack Miller Center for the presentation of Hamilton: Beyond the Musical, a Constitution Day Webinar by Dr. Bradford Wilson of the James Madison Program at Princeton University.

On September 17th, 1787, after four uncomfortably hot months of deliberation in Philadelphia, thirty-nine convention delegates from twelve of the thirteen original states signed the Constitution of the United States. Why is this event worthy of commemoration? At least one reason is that the Constitution embodies what Montesquieu—perhaps the authority on political thought for the American founders— called a “spirit of moderation” which is conducive to liberty. Of course, there were moderate regimes before 1787; however, moderate democratic regimes were arguably non-existent. Strains of ancient, medieval, and modern political thought generally held that for regimes to be moderate, the political institutions controlled by the people must be “mixed” with institutions controlled by the aristocratic and monarchical elements of society. Such elements did not exist in the United States and the Constitution could not, as one delegate to the convention observed, create an aristocracy by “the stroke of the pen.”

Accordingly, the framers were left to pursue a moderate regime in which all institutions would derive their power from the people. The Constitution achieved this combination with great success. The people’s short term will and passions channeled through the House of Representatives would be moderated by the slower-moving Senate. The people would enjoy the numerous benefits Montesquieu ascribed to “small republics” within the states, along with the security from external threats and internal faction provided by the “extended republic” of the Union. The presidency shaped by Article II disproved those who held the position, as summarized in Federalist No. 70, “that a vigorous Executive is inconsistent with the genius of republican government.” A strong and independent judiciary would enforce the fundamental will of the people embodied in the Constitution against those temporary majorities claiming to speak for the people in the legislature.

In light of these achievements and many others, I find myself in agreement with these remarks offered by Benjamin Franklin on that final day of the Convention:

I agree to this Constitution with all its faults, if they are such; because I think a general Government necessary for us, and there is no form of Government but what may be a blessing to the people if well administered, and believe farther that this is likely to be well administered for a course of years, and can only end in Despotism…when the people shall become so corrupted as to need despotic Government, being incapable of any other. I doubt too whether any other Convention we can obtain, may be able to make a better Constitution. For when you assemble a number of men to have the advantage of their joint wisdom, you inevitably assemble with those men, all their prejudices, their passions, their errors of opinion, their local interests, and their selfish views. From such an assembly can a perfect production be expected? It therefore astonishes me, Sir, to find this system approaching so near to perfection as it does.

On this Constitution Day, let us offer our thanks for the blessings of moderate government and pray that we never become a people who, in Franklin’s words, are “so corrupted as to need despotic Government.”

Dr. Joseph Wysocki is Dean of the Honors College at Belmont Abbey College and Associate Professor of Government and Political Science.

If you enjoyed this piece, you might also like our other posts here at the Journal, like this author profile of Flannery O’Connor, this discussion of the idea of the soul, or this student essay on Edmund Spenser’s The Faerie Queene.