Aquinas: Truth Above All 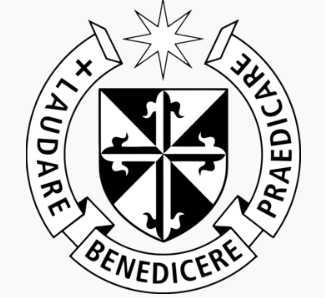 Even in the face of vigorous opposition, the desire to lay hold of truth perseveres.

St. Thomas Aquinas was born in 1225 into a wealthy Italian family with ties to the regal and military powers of the day. The family sent this youngest member to Monte Cassino, a Benedictine monastery between Rome and Naples, with the hope that he would one day become an abbot and so bolster his family’s position in the Church. But this comparatively cynical motive meant nothing to Thomas. A legend from his childhood chronicles that he asked questions that baffled his elders, such as “What is God?” Whether this episode occurred or is only a fanciful elaboration describing the precocity of Thomas’ intellect, the question serves as a leitmotif for his pursuit of truth.

This pursuit is evident throughout St. Thomas’ writings, as he studied and examined theological and philosophical topics. He defines wonder as “a kind of desire for knowledge; a desire which comes to man when he sees an effect of which the cause either is unknown to him, or surpasses his knowledge or faculty of understanding” (Summa Theologiae I-II, 32, viii). Wonder leads people to inquire and seek answers in a deliberate and purposeful manner, in order to gain knowledge. Thomas states that we associate the desired person, event, or object with what is both “pleasing” and “scarce” (ibid.). Simply put, wonder glimpses an elusive knowledge worth pursuing, and this desire permeated St. Thomas’ mind and heart.

The saint left Monte Cassino in his early teens and traveled to Naples to study at its university; there, his desire for truth in general was subsumed into a desire for Truth, to know Jesus Christ. Study alone would not satiate this desire, and by the age of 19 he had entered a newly formed congregation: the Order of Preachers, commonly known as the Dominicans. The Dominicans’ devotion to contemplation—gazing at the truth, united by apostolic zeal—brought the pursuit of Truth into the city centers and the hearts of the universities. St. Thomas flourished in this milieu, following his vocation as a priest and teaching in Paris, Rome, Orvieto, and Naples.

It can be easy to view the thirteenth century through an idealistic lens, as its contributions to art, architecture, and learning are tremendous in quality and quantity, but the universities at the time were riven by controversy and even outbursts of violence. Sermons were interrupted by protests; university faculties went on strike over the presence of the upstart Dominican and Franciscan friars; protest letters were sent to every bishop in Europe; the friars themselves were assaulted in the streets. When St. Thomas Aquinas gave his inaugural lecture in Paris, it was under the protection of the royal archers of Louis IX. This discord, however, did not distract or jar Thomas from writing and teaching. Indeed, within a relatively short life of 49 years, he composed a prodigious number of commentaries on Aristotle, Boethius, and sacred Scripture, as well as his Disputed Questions on Truth, his famous compendium Summa Theologiae, and his treatise Summa Contra Gentiles—all while offering counsel to royal officials and to the Pope himself.

St. Thomas Aquinas remained in awe of the Creator and his creation, seeking to know and love the Truth. This pondering unfolds in his exquisite poetry, as questions fade and the mind is quieted; Gerard Manley Hopkins, the nineteenth-century English poet, translator, and Jesuit priest, gives voice to Thomas’ amazement in his rendering of the hymn Adoro Te Devote, “all lost in wonder at the God thou art.” St. Thomas Aquinas stands as a model student and a model teacher, yet, more than either, as a person desiring only God.

Sister Thomas More Stepnowski, Ph.D., is a Dominican nun. She serves as Provost and Vice President of Academics at Aquinas College in Nashville, Tennessee.

The Dominican Order’s coat of arms is provided courtesy of Wikimedia Commons.

If you enjoyed this essay, you might also like our profile of one of Aquinas’ own sources, pseudo-Dionysius. Or take a look at one of our top-scoring students’ essays, on the difference between Platonic and Aristotelian definitions of human flourishing.