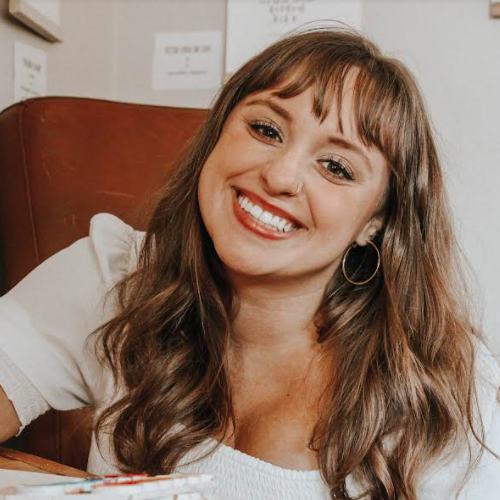 A hidden life produced one of the world's most influential volumes of Christian mystical theology.

One of the most striking figures of the Middle Ages is Lady Julian of Norwich. Which, given that she spent most of her life enclosed in a cell attached to Norwich Cathedral, may sound strange! But like not a few other figures on our Author Bank, Julian has attained a fame she had no interest in through her wholehearted devotion to wisdom.

Lady Julian was an anchorite, a type of hermit. Monastic life in general was already a thousand years old in the fourteenth century; anchorites, unlike other monastics, lived alone, and rather than going out to find solitude in the wilderness like other hermits, they were shut in one-room cells (usually attached to a church, with a window in one wall—barred with a grille or shutters—for them to hear Mass and receive the sacrament through). Upon her entrance to St. Julian’s Church in Norwich, the leaders of the church performed a burial service to display her symbolic status as dead to the rest of the world. She took the name Julian to demonstrate her union with the church; as a matter of fact, her birth name is unknown, as are almost all the details of her life, except a few that come to us incidentally in her writings and from a handful of contemporaries who mention her.

While most anchorites chose such a life to become closer to God through isolation—and there were over ninety anchorite cells in county Norfolk alone—Julian, besides this desire, recognized her calling as a theologian, counselor, and writer. Echoing Jesus’s earthly example, she sought to make herself available as a source of comfort and wisdom to her community. Rather than focusing movement upwards towards heaven and inwards for introspection, Julian moved upwards, inwards, and outwards, engaging with God in powerful ways for his glorification.

And in this he shewed a little thing, the quantitie of a hasel-nutt, lying in the palme of my hand, as me seemed ... I looked thereon with the eie of my understanding, and thought, "What may this be?" and it was answered generallie thus: "It is all that is made. ... It lasteth, and ever shall: for God loveth it."

This brings us to her visions (or, as she called them, “shewings”). At the age of thirty, during a period of what she expected to be a fatal illness, Julian experienced sixteen visions. She desired to suffer well in her sickness, to better align herself with the Passion of Christ, but quickly realized that such a union was impossible. She experienced a different kind of pain: that of watching Christ suffer without being able to share and alleviate his pain. Rather than seeing this as a personal failing, she understood it to be an integral aspect of humanity’s relationship with and understanding of the divine.

She went on to record these visions in her work Revelation of Divine Love, making her the earliest female author in English. Each vision is relayed with visual descriptions of what Julian saw, heard, and understood from God. This has become not only one of the classics of English Christian literature, but one of the most celebrated works of mysticism in history, easily ranking beside the Lotus Sutra or The Dark Night of the Soul in significance. People who have never heard of Lady Julian by name have probably heard her most famous maxim: “All shall be well, and all shall be well, and all manner of thing shall be well.” However, the Revelation is not a technical or complicated book; Julian addressed herself not to academic theologians but to her fellow believers in general—or, to use her Middle English phrase, “mine even Christians.” It is a straightforward (even, at times, a repetitive) book, with the single aim of exhibiting, and exhorting us to receive, God’s love. She wrote of her work that she hopes her readers could see her visions as vividly “as [if] Jesus had showed it to him as he did to me.”

One might ask how seeing the Passion of Christ could lead to deeper mystical understanding. After all, observing a painting, even in great detail, does not equate understanding of the artist himself. But what differentiated Julian from a mere observer was her desire to participate in the event she saw, and her belief that, in some sense, she could. She believed she could step into the painting and become a part of it, if only for a moment, and that such a moment would change her entire life. By engaging thus in the visual transmission of the “shewings” she received, she was able to engage both spiritually and physically in the event of the Passion, and to respond to it with a life of loving devotion.

Rachel Hankinson works in CLT test development, and is also a visual artist and craftswoman.

If you liked this post, you may enjoy some of our other profiles of medieval authors like Averroes, St. Catherine of Siena, and Geoffrey Chaucer, or some of our posts on characteristic ideas in medieval thought like romantic love and the problem of universals. And don’t miss out on our podcast, Anchored, hosted by our founder Jeremy Tate.

Published on 23rd May, 2022. Page image of the Despenser Retable (source), painted some time during or after 1381 for Norwich Cathedral, and which Julian may therefore have been familiar with.