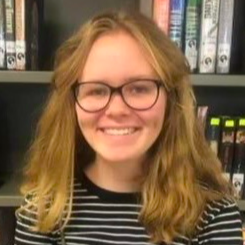 Far from being only a relic of the past, classic learning at its best shows itself timeless by its power to triumph over circumstance.

Before the COVID-19 pandemic, I loved public school. Not only did I love public school, I was against other forms of education. Not to the point where I thought they should be illegal, but I thought that a non-public education deprived students of the necessary knowledge and life skills to survive and thrive in the modern world.

I was a student taking AP classes, staying before and after school for clubs, completely buying into the public education system. I thought it was just the norm, it was how things were done. Sure, the schedule was taxing and provided little time for outside activities, but that was par for the course. After all, students like me were receiving the best education possible; centuries of educational development had led to the modern day public education system. This was clearly the best possible way to teach kids.

Then the pandemic hit.

Suddenly, I was taken out of the classroom and put in front of my laptop. Many of the review assignments we had started were placed on the backburner. My district made the decision that our grades during online learning wouldn’t count against us, because of the extraordinary circumstances. The College Board decided to change the format of the AP exams, so that students still had a chance of succeeding on them. Suddenly, a truth that I had been ignoring became very clear: most of the modern day education apparatus is centered not around forming students’ minds, but around grades and statistical achievements. This became even clearer when standards were lowered after COVID-19 because of the profound learning loss that occurred as a result of schools closing and staying closed. My eyes were opened, and I saw the public school system for what it was. Rather than being the cultivation of years of educational development, modern day schools are simply a mass-factory production system turning out student by student. These students are achieving at lower levels than students of the past, but are completely ignorant of that—and rather than address the issues causing this, schools are simply lowering standards to maintain appearances of success.

This led to some disillusionment. Obviously the new system of education wasn’t working, so what would?

I do not know what meaning classical studies could have for our time if they were not untimely—that is to say, acting counter to our time and thereby acting on our time and, let us hope, for the benefit of a time to come.

It was at this time that I discovered the Classic Learning Test, and the broader world of classical education. The CLT showed me that there was a whole other realm of possibilities when it came to education. It showed me that learning was more than sitting in class for eight hours a day learning what was essentially glorified trivia. While education does involve learning facts, it’s about far more—it’s about cultivating virtue, and recognizing the good and the beautiful in the world.

This is the kind of education that has produced the top thinkers of the past and even the present. For example, Phillis Wheatley was a young girl who was kidnapped from West Africa and sold into slavery at approximately eight years old. She was purchased by the Wheatley family in Boston, and was taught by their daughter Mary. Within eighteen months of being taken to America, she was reading the Bible. She also learned from the Greek and Latin classics, such as the works of Plato and Cicero. Phillis used this education to write poems, and eventually became the third woman in America to publish a book. Her work spoke against slavery, and was used by abolitionists to show that slaves were as capable as any free person and should be treated as such. Not just Phillis Wheatley, but the Founding Fathers, Frederick Douglass, C. S. Lewis, and even J. K. Rowling have all been recipients of a classical education.

This is not a new system of education, but it is being rediscovered by many today: I am currently in the process of rediscovering it myself. Part of that rediscovery is unlearning much of what I was taught in public school. For example, education is not worldview neutral. Many public schools will say they aren’t teaching a specific way of looking at the world, simply the facts needed to survive in the world. This is not true; all education is formative. When one recognizes that fact, it changes how they approach education.

Right now, I am in the process of reclaiming a classical education for myself. This means being more intentional about reading virtuous books. It means looking to the great thinkers of the past in order to learn how to live in the present. Part of it means thinking for the future too. Someday, if I have children, I will not send them to public schools. Knowing what I know now, I cannot in good conscience put future generations through the same system. Ultimately, that’s what reclaiming a classical education system is all about—recognizing the flaws of the familiar, and imagining a better posterity.

Whenever we administer the CLT, the highest-scoring students from that test are invited to make a contribution to the Journal. Congratulations to Miss Andrews on her excellent score! If you’d like to see more from the Journal, take a look at these pieces on the ideas of good versus evil and progress throughout history, or this student essay on Christian and pagan definitions of piety. And be sure to check out our podcast, Anchored, and our seminar series, Journey Through the Author Bank.