Seneca:
The Good Life in
a Bad World 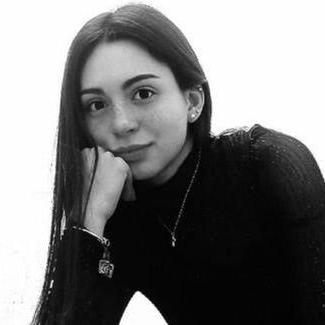 In Seneca, we see a nuance and humanity far more subtle than we usually credit the Stoics with possessing.

Many Roman philosophers appear on our Author Bank: the skeptical Cicero, the Epicurean Lucretius, the devout Platonist and priest Plutarch. Seneca was an exponent of Stoicism, which enjoyed a vogue in Rome under the Julio-Claudian dynasty. The Stoics believed that all temporal goods (money, health, position, and so on) are in themselves indifferent, and that happiness comes wholly from the practice of virtue, which is in anyone’s power. The genuine Stoic sage who chose virtue no matter what would accordingly be happy no matter what, even under disgrace, bereavement, or torture. They were particularly concerned to discipline passions that disrupted intellectual clarity, like pride, grief, anger, and envy. The Stoics’ supreme goal was to accept nature, both in terms of the universal patterns of how the world works, and in terms of embracing whatever fate brings individually.

Besides composing works of philosophy (often in the form of letters), Seneca wrote several plays, as well as serving in the Senate under three different emperors. However, the Julio-Claudians often left something to be desired in competence and character, particularly the fifth emperor, Nero. He was accused of such charming conduct as killing his first and second wives, commissioning his own mother’s murder, arranging for Rome to be devastated by a fire so he could expand his palace, and inaugurating the first state persecution of Christianity. Nero’s mother had handpicked Seneca to be her son’s childhood tutor—though the pupil’s later career does make us wonder whether Seneca was very good at tutoring. And that aside, he certainly had his moral warts too: e.g., as the late humorist Will Cuppy put it in The Decline and Fall of Practically Everybody, “Seneca was a Stoic, or humbug. [He] taught the vanity of worldly wealth and was immensely rich.”

Yet even so, he did not gain his later fame at random. His Moral Letters to Lucilius are full of practical counsel for leading an intelligently virtuous life, freely borrowing maxims from other schools of thought to illuminate Stoic ideas. His plays are widely credited with creating the revenge tragedy, a subgenre which became immensely popular in the Renaissance (notably with Shakespeare, whose Titus Andronicus draws heavily on Seneca’s Thyestes).

Men do not care how nobly they live, only how long—even though it is within every man's reach to live nobly and is within no one's power to live long.

But Seneca had another and more surprising side. Thanks to their ethical priorities, and to casual modern uses of the adjective, we tend to think of the Stoics as reserved, unemotional, even callous. On the contrary, Seneca was well aware of the human need to love and be loved. A deep understanding of its meaning is revealed in his prose. True love arises from authentic mutual affection; love is given with magnanimity and endures regardless of life’s circumstances. In Ad Helviam, written to his mother while he was in exile and disgrace, he pays this tender tribute to her: “You rejoiced very much in your children’s blessings … you set no limit to your generosity … Your kindness never stemmed from self-interest.” Love only exists authentically if it is shared, and the more it is shared, the more it increases.

Yet Seneca’s willingness to love goes further still. He writes in the Moral Letters that love defies dangers and seeks to overcome them, and, though he seeks moderation in his feelings, he even opens himself to grief: “Believe me, a great part of those we have loved, though chance has removed their persons, still abides with us. The past is ours, and there is nothing more secure for us than that which has been.” The accusation that the Stoics rejected emotion as such clearly does not apply to verses like these.

Contemporary society has worn the meaning of love right through by banal usage; it has become a cliché, ordered to no greater end than pleasant sentiment. In a society where the fluctuation of ideas dominates, remembering the meaning of love is significant. As the philosopher wrote to Lucilius, “Our fellowship is very similar to an arch of stones, which would fall apart, if they did not reciprocally support each other.” Love is inseparable from human nature.

Seneca knew the difference between love and mere pleasurable feelings only too well, as he knew how inner tranquility differs from getting one’s own way. As mentioned above, he was exiled, more than once. He all but seesawed between wealth and prestige on the one hand and the terrors of imperial displeasure on the other. In the year 65, he was accused of participating in a plot to assassinate Nero, and the emperor commanded him to commit suicide. By some accounts, Seneca calmly attended to a few last letters as death crept over him; his wife tried (unsuccessfully) to share his fate. In a sense, this image is the essence of Seneca’s philosophy. Love is vital; fortune is fickle; therefore, we should extend love to one another.

Paulina Cerdán is a student at the University of Navarra, one of the top universities in Europe (alongside Oxford and Cambridge); she has also been working as one of CLT’s summer interns.

If you enjoyed this piece, take a look at this essay on the philosophy of legal punishment, this discussion of the life and work of Walt Whitman, or this piece on the paired ideas of good and evil. And don’t miss out on our podcast on education and culture, Anchored.