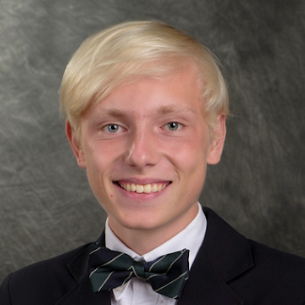 Transcendental ideas animate every branch of knowledge, and for this reason, all these branches are mutually enriching.

Truth, Goodness, and Beauty are Transcendentals—by which I mean they are objective standards defined by, and found in, God alone. They are not determined by human feelings or perceptions. There are many Transcendental concepts, but these three form a kind of supreme trinity among the great ideas.

However, there is a trend in some places to subjectivize their definitions, a movement which has rooted itself deeply in some of even the most classical of schools. I have asked many people, both teachers and students, at several different classical Christian schools, whether beauty is objective or subjective. The most common answer I heard was “subjective, because beauty is in the eye of the beholder.” Sadly, this is a subtle lie very similar to the one that Satan told Adam and Eve in the Garden of Eden, that man is the ultimate standard rather than God. This has been refuted by Plato in his dialogue Theætetus, where he responded to the sophist Protagoras’s claim that man was the measure of all things, and by C. S. Lewis in his Abolition of Man, where he attacked progressive educators of his day who sought to remove objective standards from the curriculum.

What has happened is that we have been fooled into using the word “beauty” to refer to our own feelings about something, not how it actually is. We have other words for our own feelings—such as “attraction”—but because of misuse, we no longer have one to talk about this Transcendental. We have an attraction to something on the one hand, and on the other we have Beauty: that to which we ought to be attracted. Among classical authors, Beauty was never defined by a standard of one’s own tastes or perceptions. Rather, Beauty is based on the real, measurable principles of Balance, Proportion, Clarity, and Telos (a thing fulfilling its purpose).

Of the Transcendentals, Truth, Goodness, and Beauty relate to each other in a special way: they form a triangular structure, which we may call Standard, Method, and End. This triangular pattern is seen throughout the cosmos in many places. Strikingly one of them is the three steps in the method of learning, which we call the Trivium: the Grammar, Logic, and Rhetoric stages of education. However, this “triangle of Transcendentals” is not entirely like the subjects of Grammar, Logic, and Rhetoric. None of the Liberal Arts are stages in and of themselves, although the Trivium bears a marked resemblance to this old-fashioned scholarly framework. Rather, all seven of them (and any other topic for that matter) can be learned by applying the three steps in the method of learning.

... for till to-day no eyes have seen
how curves of golden life define
the straightness of a perfect line,
till the queen's blessed arm became
a rigid bar of golden flame
where well might Archimedes prove
the doctrine of Euclidean love,
and draw his demonstrations right
against the unmathematic night ...

The Transcendentals follow this same pattern, in that Truth (the standard) applied in a Good way (the method) produces Beauty (the end). We base our principles upon the Truth of reality, we strive to do things well or in a Good manner, and our aim is to produce Beauty. For example, I might say to someone: “That’s a nice car you have,” which is true, but if I speak it in a jealous rather than wholesome way, my speech was not beautiful and our relationship has not been beautified.

That established, let us take a further step in the algebra of Transcendentals. Another lie closely related to the redefinition of Beauty is that things like Beauty cannot be modeled using mathematics. This is part of the barrier that has been erected between the so-called humanities and sciences by many modern thinkers; the liberal arts tradition is opposed to this divided mode of thought. The Transcendentals can be modeled just as mathematically as other parts of nature using set theory, a branch of mathematics that deals with collections of objects. (It may seem odd to be performing mathematical operations on non-numeric objects, but this is commonplace in higher-level mathematics.)

Let us turn for a moment to the mathematical relationships of exponent, root, and logarithm between three numbers. We can begin quite simply, with the number 2. 2 to the third power (23), or 2 multiplied by itself three times (2 × 2 × 2), is 8. The cube root of 8 is accordingly 2, and the logarithm base 2 of 8 is 3, because logarithms are inverse functions of exponents.

Now, this threefold set of mathematical relationships (exponent, root, and logarithm) maps neatly to the “triangle of Transcendentals” we talked about above. In set theory, an isomorphism is a mapping of one set to another such that the relationships between the elements in the sets are preserved. The requirements for an isomorphism are: every element in set A corresponds to an element in set B; nothing is left over; and the objects of set A relate to each other in the same way as the objects of set B. The benefit of such a mapping is that anything we prove about one set applies to the other as well. This will allow us to use the same notation with both sets. In this case, 2 corresponds to Truth, 3 to Goodness, and 8 to Beauty. (To be clear, the numbers need not be 2, 3, and 8—any three numbers that satisfy the equation work as examples.) We can say that “Truth applied to itself in a Good way produces Beauty,”  just as 2 self-multiplied 3 times equals 8. Truth interacts with Truth in many different ways, but when those ways are Good, we can produce Beauty: Truth to the Good power equals Beauty [TG= B]. The Standards applied using the Method produce the End. (This extension of exponentiation beyond its original intent is also nothing new; when complex numbers such as i were discovered, the operation was extended beyond repeated multiplication in order to make sense of equations such as Euler’s identity.)

All of this is a reflection of the deeper concept of compounding, the thread that underpins both exponentiation and application, and which lies at the heart of these triangles. The other statements we end up with are “The Good Root of Beauty is Truth” and—albeit more obscurely—“The Logarithm base Truth of Beauty is Goodness”. If we keep our subjects with the right connecting framework, understanding that all disciplines really are connected, these statements and others like them introduce potentially helpful terminology in our ongoing discussion of the Transcendentals, and we can continue further mathematical deductions from here. What kind of deductions, you might ask? I do not yet know, but I am excited to find out.

Boaz David Dernlan lives in Daphne, AL; he is going into his senior year at Bayshore Christian School, where he is the Captain of House Ignis. He is considering several institutions of higher learning at which to continue his studies, such as New Saint Andrews College, Hillsdale College, and Bethlehem College, and he enjoys studying mathematics, logic, and philosophy, running cross country, and playing the piano.

Every Friday, we publish an essay or a piece of creative writing by a student who has achieved an outstanding score on the CLT. Congratulations, Mr. Dernlan! To see more from our top students, click here. You might also enjoy CLT’s podcast, Anchored, or our seminar series on the great writers of the Western world.