St. Benedict:
The Godfather of Europe 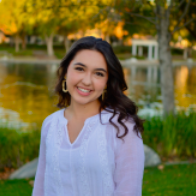 The dawn of the year 500 was a grim one in Rome. The empress of the Mediterranean had been reduced to a mockery of her former self, bereft of her status as the imperial capital since the reign of Diocletian more than two centuries earlier. Within living memory, the city had been sacked by invading Gothic armies, twice—and that was before they had effected the utmost disgrace, deposing the last emperor in the west and setting up their own barbarous kingdom in Italy.  The grandeur that was Rome had departed.

That year, or thereabouts, another departure also took place. Christian monks and hermits had already been recognized institutions for hundreds of years at the time, drawing on traditions that came mainly from Egypt; the image of the unsleeping, fast-starved ascetic doing battle with devils in the wilderness was known from India to Ireland. A twenty-ish young man from a patrician family, who had been sent to Rome to study, decided instead to pursue this monastic life, and withdrew to a mountain cave in a place called Subiaco that lay a few days’ journey east of Rome. The young man’s name was Benedictus, which in Latin means “blessed.”

Blessed is probably not the adjective most historians would have chosen to describe his fortunes. His first three years living as a hermit, though they can hardly have been easy, seem at least to have been relatively peaceful. But however much there was of it, that peace was destroyed when the abbot of a nearby community died. Benedict’s reputation had grown in the area, and the monks of this community begged him to come and be their new abbot; despite immense reluctance, he eventually agreed. But these monks, having gotten their way, discovered after the fact that they did not like it: Benedict’s habits and expectations differed so violently from theirs that they conspired to poison the man they had beseeched to come and govern them! The attempt failed—according to St. Gregory the Great (who wrote Benedict’s first biography about fifty years after his death), when St. Benedict went to bless the cup which his monks had envenomed, it shattered on the spot. Being the sort of man who can take a hint, the saint left this rather questionable monastic community and returned to Subiaco.

His purported miracles continued to multiply, as did the individuals seeking him out for guidance and, in some cases, the devouring envy of his fellow contemplatives. Benedict was eventually more or less chased out of Subiaco by a monk who kept spitefully hiring prostitutes to travel to his caves and try to harass him and his disciples—presumably the ones who weren’t already trying to murder him. This, however, gave him the opportunity to found more monasteries, including one of the most famous in Western Europe, the Abbey of Monte Cassino (tragically destroyed during the Second World War, but since restored). Some time in the 540s, reportedly on Easter Sunday, the saint finally died, and was buried alongside his twin sister, St. Scholastica.

The abbot should always reflect how weighty his burden is, and to whom he must give an account of his stewardship. He should also know that it is better for him to do good unto others than to hold sway over them.

As mentioned beforehand, monasticism was already familiar in his time; Irish missionaries had proven particularly successful, founding monasteries not only throughout the British Isles but as far afield as Gaul, Italy, and the Alps. Yet Benedict still left something new behind him. This was the Rule, a fairly short and straightforward guide to life as a monk. The precepts of the Benedictine Rule were far gentler than those of the Egyptian fathers or their Irish successors. Where they urged disciplines like all-night vigils and praying until tears flowed, St. Benedict recommended a gentle, humble approach to sanctity. Monks formed on this rule began with simple lessons, like silence—simple, but not easy to observe. From here, through the two tasks of work and prayer, step by patient step, the monk might ascend the ladder of sanctity.

All this might have been just an interesting footnote in the history of religion. However, thanks in part to the writings of St. Gregory the Great (who also sent the first Christian missionaries to the Anglo-Saxons), the story of Benedict became one of the favorite hagiographies of Christianity, and his Rule became almost the “default” form of monasticism in Western Europe. What was more, the Benedictines transformed the typical work of a monk from field labor to the composition and copying of books, and in so doing, they became the preservers of classical culture. Many monasteries were plundered throughout the sixth to tenth centuries, but the quiet patience of the sons of St. Benedict kept them at it, inking and illuminating volume after volume. The great (if sadly short-lived) flowering of learning under Charlemagne might never have been possible, if not for the brilliance and perseverance of these monks; dozens if not hundreds more ancient authors and classic texts might have been lost beneath sand and sea, had their lamps been put out.

And the legacy of St. Benedict lives on. In the United States alone, there are over a hundred Benedictine foundations of various kinds, and to this day they are patiently passing the light of learning from one generation to the next; to this day, spiritual and theological masterpieces are issuing from houses and orders devoted to the Rule (the works of Thomas Merton being celebrated recent examples); and to this day, in many a Catholic parish, one can find a statue or a picture of the young man from the Roman countryside who, in quietly withdrawing to a cave to seek God, unwittingly prepared half of Europe for all of its future.

Taryn Murphy is an alumna of Hillsdale College with a degree in philosophy and religion, and CLT’s Director of Marketing; she is looking forward to a soon-to-come move to Tennessee. Besides her treasured work in education, Miss Murphy has an ongoing Instagram where she chronicles her travels (and the coffees she enjoys on those travels), and published a collection of poetry in 2019.

If you enjoyed this essay, take a look at some of our other content here at the Journal, like these posts on duty, faith, and sin; and be sure to tune in to our official podcast, Anchored, hosted by our president and founder, Jeremy Tate.

Published on 11th July, 2022. Page image of The Ladder of Divine Ascent, an Orthodox ikon symbolizing the trials and rewards of monastic life, from the Monastery of St. Catherine on Mount Sinai.