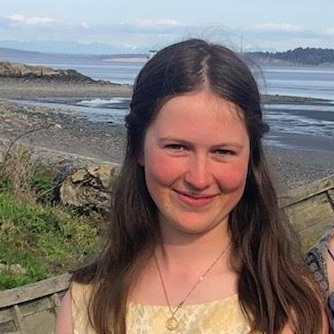 The radical doubt of modern philosophy is itself tied to a fundamentally flawed concept of human nature.

In our study of the history of philosophy, my class noticed something peculiar. There came a point where the philosophers progressively became less interesting and more absurd. This decline began with Descartes and sped downhill from there, through Hume, Kant, Nietzsche, etc., until it reached the present disaster of relativistic thought and subjective truth. In other words, there came a point where philosophy began to destroy itself. Somewhere along the way—seemingly at Descartes—philosophy was divorced from its origins, becoming a destruction of truth rather than a search for it.

Descartes marked a violent departure from the medieval Christian worldview and the philosophers and theologians belonging to it. Modern philosophy is primarily negative: each successive philosopher rejects more than the last. Philosophy is now accordingly poor, for who can become rich when he keeps throwing everything away?

By contrast, the earlier philosophy of Aquinas was primarily positive. Backed by the riches of past wisdom in philosophers, theologians and the authors of Sacred Scripture, as well as his own reason, Aquinas formed his synthesis of Christian thought and set it down in his Summa Theologiæ. Included in the Summa is an essential principle of Christian thought—that man is a creature of body and soul.

In the Summa, Aquinas says that, “the soul … the primary principle of our nourishment, sensation, and local movement; and likewise of our understanding … is the form of the body.” The soul is the form and the body its matter. Form and matter cannot be separated. The form needs something to give form to, and matter needs to take the form of something. Man needs both his soul and body to be a man. His soul, or mind, allows him to understand and reason; it has all the tools. The body or the senses give the mind material to work upon. Not only does man have a mind and body, he cannot know anything without both these. Separate them, as Descartes did, and you destroy man, and, perhaps more importantly, you destroy truth.

When articulating his method of systematic doubt, Descartes wished to find his own philosophic principle, impervious to doubt, by which to discover the truth and the world. He rejected all the riches which previous philosophers could have passed down to him. But past philosophers were not all he rejected. While Aristotle and Aquinas were philosophers of common sense—that is, they accepted the senses as basically trustworthy—Descartes rejected the senses wholesale, in a move that would prove to be the beginning of calamities.

In his Discourse on Method, he says, “Accordingly, seeing that our senses sometimes deceive us, I was willing to suppose that there existed nothing really such as they presented to us.” Then he proceeds to base all his reasoning on the mind alone. Using only his mind, Descartes comes up with his first principle on which to base all that he knows to be true. “I observed that this truth, I think, therefore I am, was so certain … I concluded that I might, without scruple, accept it as the first principle of the philosophy of which I was in search.”

Good sense is of all things in the world the most equally distributed, for everybody thinks he is so well supplied with it that even those most difficult to please ... never desire more of it than they already possess.

But there is a problem here—one he has bequeathed to all his successors (Descartes is called the father of modern philosophy for a reason). First, he has failed to admit that he owes his knowledge to his senses as well as his mind. His seemingly innocent statement has caused today’s dearth of relative truth. Man is a creature of body and soul: he needs both in order to be what he is. Reject one and you chop man in half, thus destroying him completely. Without the mind, man could not reason; he would be an animal. But without the senses, man could not know anything either; he reasons from his experiences. Experience is how we verify perceived truth. Reject the senses as completely unreliable, and you reject this ability to fact check.

The senses are also how men relate to each other. If you do not trust in your senses, you do not have to believe in the people and things around you. You are all by yourself in your own little world. This first principle, “I think, therefore I am,” is based completely on self. Think about this for a moment—the idea of oneself as the first principle, an imperfect and finite human being who did not exist a hundred years ago and who will be gone from earth in a hundred more! Yet when you reject the senses as unreliable, as Descartes did, you do not have another option.

This rejection of the senses and complete reliance on the mind alone is what gave birth to relativism. Without any trustworthy outside sources, all you have to measure the truth is your own innate ideas. Take Descartes’ proof for God: he begins by saying that he has an idea of perfection that he himself does not match, so there must be someone else who matches this idea and gave it to him, i.e. God. Which seems well and good, for a man like Descartes. But what happens when someone else comes along, and says that they have these innate ideas of perfection, and according to them God does not have to exist? Descartes can’t prove them wrong, because he has already thrown away the common ground on which they may speak to each other. Without common experience, there is no common truth among us. What is true for me may not be true for you. Truth-as-such has been destroyed.

Wait, you might say: if Descartes is right, then I must not trust in what I am sure is true. I know that the sandwich I am eating is real. I know the earth under my feet is real, I know that it has always been wrong to murder and always will be, yet, according to relativism, nothing is objectively true. So must I live as a hypocrite, believing one way and acting another? Do I have to live the impossible? Even Descartes couldn’t do that.

The answer to this lies in returning to the unity of body and soul. Here is the philosophy of common sense, the philosophy of trust, the philosophy that puts man in his rightful place in the world and defines him as what he is. Here, though you may think something wrong, you can still go on to discover what is right. Choose this—or else separation and destruction.

Which will you choose: Aquinas or Descartes? Order or chaos? Truth or nothingness?

Filomena Bertucci is sixteen years old, and lives on a small farm in Quilcene, WA. She is homeschooled and has just finished her junior year in Classical Conversations and Great Books Academy. She (mostly) enjoys the most ancient of all occupations, farming, as well as reading and talking about the great books, and hopes to go to a small Catholic liberal arts college.

Student essays at the Journal are contributed by the highest-scoring pupils on each exam. Congratulations to Miss Bertucci on her excellent score! If you enjoyed this essay, you might also like this student-contributed eerie short story, or this profile of the life and work of Albert Einstein; and if you’re looking for more content on education and the great ideas, be sure to check out our podcast, Anchored.