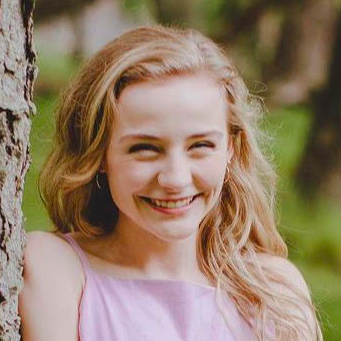 The question leveled at Jesus at his trial is one of the great questions of humanity. A definition of truth seems near to our minds, but when we begin to ask ourselves about it, its identity seems to slip away.

Let us begin with one of its earliest examinations. Plato says that truth exists in the Forms of things. To Plato, there exists a world of Forms—the “ideas” or archetypes of what we see on earth. Truth, therefore, exists when our ideas of those things on earth correspond with the Form. Plato’s student and successor Aristotle further clarifies this, developing what has been referred to as the “correspondence” theory of truth. This begins with the premise that thoughts are mental likenesses and images of things that exist in the world. Truth’s existence depends on whether or not this likeness corresponds with what actually exists.

In medieval scholastic philosophy, truth finds its identity as a “transcendental.” To these medieval thinkers, the transcendentals were elements that transcended categories, that helped to provide an explanation of being itself. Other transcendentals include “beauty,” “goodness,” and “unity.” These are considered the first concepts, those almost undefinable qualities that are fundamentally connected to being itself. Perhaps this is why the Aristotelian definition of truth feels lacking, because though that definition is true, the identity of truth is felt to transcend it.

The most influential thinker from the scholastic period of philosophy, Thomas Aquinas, relates this idea to truth in his work De Veritate. To Aquinas, truth is found in the divine intellect. Yet it does not remain secluded there; rather, Aquinas explains that truth is manifested within the world for us to perceive it. In Aquinas’ understanding, we perceive truth by relating our minds to the divine intellect. It is here, Aquinas claims, that truth finds its definition.

Truth’s identity has not, however, always been fundamentally tied to the divine at all. Thomas Hobbes, a philosopher of the English Renaissance, had a different view of truth. His theory, known as Nominalism, attested that universals do not exist, we know essences only in that we name them. To Hobbes, Plato’s universals and forms only exist in the names which we give to things. Truth, to Hobbes, resides only in the definition of terms (names), which in turn depends on the will of the person.

John Locke believed that our ideas of truth come from both our use of reason and probability. These two features work together in our minds to push us to a conception of truth. We should not accept the ideas of truth handed down to us, rather, it is our responsibility to seek out truth through our own reason. This idea is connected to Locke’s rejection of the authoritarianism that many scholastics supported at this time. The rational pursuit of truth, Locke believes, will push man to flourish.

Many Enlightenment thinkers held that truth was to be found primarily through reason. René Descartes provided the foundation for this train of thought, with his claim that no other authority than one’s own thought could be trusted. Indeed, in Descartes’ understanding, truth itself exists not in correspondence of thought with the world, but in the mind alone, and the mind’s conception of truth through reason. When something is discovered through use of rational thought, to Descartes, there lies truth. Right, wrong, true, false—all were not merely discernible by but dependent upon reason.

The truth has nothing to fear from honest inquiry.

Where Descartes embraced rationality as the only way to the truth, a later Enlightenment thinker, David Hume, did the opposite. Hume claimed that we cannot know truth, particularly moral truth, through reason alone. This is because these judgments depend on sentiment or feeling, something Hume names as “the Moral Sense.” This sense, in Hume’s thought, collaborates with man’s sense of reason to produce a sense of truth.

A generation later and half a continent away, Immanuel Kant set forth his own idea about the proper method with which to reach truth. Like Descartes, he espouses a rationalist view, but asserts that what we consider theoretical, speculative truth has been developed and shaped by the way our minds experience the world. Indeed, when we consider a speculative question, Kant would say that our own inclinations greatly affect what conclusion we would find “true.” Kant says that our judgment of such theoretical ideas is affected by how our minds order and process experience. In his thought, Kant believes that there is a gap between our Aristotelian  “mental pictures of the world” and what actually exists, at least for these more theoretical questions, because our conception of truth relies upon an organization constructed in our own minds.

When we turn our gaze towards the modern era, two theories of truth reveal themselves as central to understanding. The first of these, we may loosely call the existentialist view of truth. This conception, advocated and developed by thinkers such as Søren Kierkegaard, Martin Heidegger, and Gabriel Marcel, was focused on the personal interpretation and understanding of truth. This, to them, was the only possible way to approach truth, because no one can escape their perspective. The thinkers of the past, these philosophers believed, made one fatal mistake: they approached truth in an attempted “third person” perspective. Attempting to examine truth in this way, supposing that your perspective ought to be common to everyone, is presumptuous, because we can only know our own view.

In his essay “An Existential Theory of Truth,” Dale Cannon, a now-retired philosophy professor, wrote that for the existentialists, truth is a “a self-determined relationship of deepening rapport with reality as it really is.” Yet this is not to say that everything is subjective; these philosophers believed that we are still capable of connecting to transcendence, but only for ourselves. In our own perspective, we are able to achieve connection with transcendent truth for ourselves. We cannot, however, rely on others to give this connection to us; we must achieve it, autonomously.

The second contemporary theory of truth that stands out is a kind of deflationary theory. This idea asserts that all we can know about truth is the role it plays in conversation. Indeed, to say that a sentence is true or contains truth is simply to reassert the sentence itself. For example, to say that “the car is red” means the same thing as “it is true that the car is red.” Therefore, to these thinkers, truth has no further meaning than reassertion. Because of this, there is no need to consider the essence or meaning of truth any more. The great problem of truth, to these thinkers, has been solved.

There is also another (more implicit and, arguably, less philosophical) view of truth that has become increasingly popular. This is known as “scientism,” the idea that only the scientific method can produce truth worth knowing. Scientists and researchers are the primary harbingers of truth, and contemplation and transcendence hold no place. If one wishes to delve into any realm of thought, he or she must use the scientific method in order to reach any conclusion. This method of thought stands apart from any idea of philosophy that preceded it, which each relied on human rationality as a whole to reach truth.

Suggested reading:
Euclid, Elements
St. Augustine, On the Teacher
Avicenna, The Book of Healing
Francis Bacon, Of Truth
Martin Heidegger, Being and Time
Walker Percy, Lost In the Cosmos

Kate Colón-Crespo (née Foley) is interning with CLT and studying English and History at Central Michigan University in Grand Rapids, MI. She recently married, and plans to pursue a career in education.

If you enjoyed this piece, check out our Great Conversation essays on custom and convention, the state, and time, or our seminar series on the Western canon.