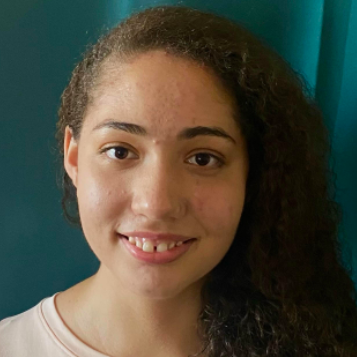 We tend to turn to philosophers and theologians for the meaning of happiness, but there is another discipline with wisdom to transmit on the subject ...

Xerxes sat on the marble throne his loyal troops had built, watching his awe-inspiring army march into Greece. He was about to realize his greatest dream, with an army that was the envy of the world. So why was he crying?

The nature of the best life is a recurring theme in Herodotus’ The Histories, forming one of the most intriguing discussions in the book. Examples come from all over the ancient world, and nearly every class of Greek society. They culminate to show fulfillment and happiness as deceptive, quickly becoming their own nemesis. In fact, true happiness is only achieved retroactively. Herodotus illustrates that the best life cannot be primarily focused on happiness, because by its nature the pursuit of happiness is self-destructive.

To understand what Herodotus is saying about the best life, we must define happiness. According to him, happiness is directly correlated with self-esteem. Individuals are happy, when they perceive themselves as self-sufficient, with an above-par performance in life. Two of Herodotus’ greatest examples are two conversations: one that take place between Xerxes and Atabanus (his captain of the guard), the other between King Croesus of Lydia and Solon (one of the Seven Sages of Greece). Xerxes, the Persian monarch, tells Atabanus that he is happy when his richly adorned, perfectly drilled men march by him, accompanied by state-of-the-art warships; Croesus believes himself to be the happiest man in the world because of his majestic prosperity, and wants Solon to confirm. Solon disagrees, instead providing his own counterexamples, namely the Athenian statesman Tellus, who died in a victorious battle, and the brothers Cleobis and Biton, who died carrying their devout mother to a temple. Because these people are happy when witnessing triumph, Herodotus is presenting happiness as correlated with self-esteem. He pushes the connection further when Solon tells Croesus that Zeus in fact hates happy people and targets prosperous individuals. Later in the book, Atabanus tells Xerxes much the same thing, but adds that he will “tolerate pride in none but himself.” Atarbanus is specifically talking about military prosperity, but since victory is a stimulant to the ego that creates happiness, the picture is complete. Happiness is closely related to gratified ego.

Wisdom forbids us to be puffed up by the good things we have, or to admire a man's felicity while there is still time for it to change.

However, the question of why this should be still remains. The connection between self-esteem and happiness is fulfillment: specifically, fulfillment of desires framing personal identity and boosting self-esteem. Because Xerxes sees himself and his people as a nation of conquerors, he feels his father’s defeat strongly. This is why Xerxes “declares himself happy” when looking at his army. He believes undoing the earlier defeat will eliminate the blow to his self-satisfaction. Croesus too is described as “craving more territory.” He wants to be the biggest, most powerful monarch in Asia Minor—hence his obsession with majesty, his belief that he is happy because of it, and his pressure on Solon to agree. Solon presents people who have gained strong public accolades both during and after their lives. All feel satisfied with themselves when they see that they can meet their deep needs: For Xerxes, this is military prowess; for Croesus, political strength; for Tellus, social weal; for Cleobis and Biton, the ability to care for their family. Their observations of success result in peace that translates to happiness.

Happiness has a catch, however, as Xerxes discovers in book seven. Immediately after his declaration, he begins crying because he wishes his army was immortal. As Atabanus says earlier, “men are never satisfied by success.” Ego has no limits. More desires must always be fulfilled to maintain self-esteem. Croesus, despite his initial satisfaction, tries to further extend his territory, and eventually he overreaches by trying to take on the Persians in Cappadocia. He loses his war, his kingdom, and his prestige. Everything he built his self-esteem on is gone; the king who would be mighty must be a servant. The more people create this type of happiness, the more they need it. So they pursue happiness ravenously, eventually losing what they originally had. The more we ponder ego’s desires, the more we think we need to gratify them, entering the cycle of living for happiness, which consistently depletes the feeling we strive for.

Solon’s examples stand in stark contrast to this. Tellus, Cleobis, and Biton do not lose the things that make them happy. They die, but they die achieving the things their self-esteem hinges on. Their lives are different from those of Croesus or Xerxes, because their primary energies were not devoted to satisfying ego. They have self-esteem, but do not pursue it. For this reason, Herodotus implies through Solon and Atabanus that pursuing happiness is self-destructive, and best not even reflected on. The more we ponder ego’s desires, the more we think we need to gratify them, entering the cycle of living for happiness, which depletes the feeling we strive for. As Ecclesiastes says, “The eye is not satisfied with seeing nor the ear with hearing.” The best life, in contrast, is content, rather than egocentric, leaving freedom to pursue other things.

Herodotus was writing for his own society, but many of his observations are timeless. Human nature and ego have not changed. Happiness is still treacherous, and unbridled pursuit of it has the same result. Self-esteem is good, but we are called to more. Jesus sums it up in the Sermon on the Mount: “Seek first the kingdom of God and his righteousness, and all these things will be provided for you”—even self-esteem.

Claire Rudisill is a homeschooled senior in high school. She lives in the uncharted land of rural North Texas with her family, a cat, and a plethora of swallows. She loves music, calligraphy, and British classics. In her spare time, she writes stories, makes languages, and pets the cat. She plans to major in finance.

Each time we administer the CLT, the top twenty-five students from that test are invited to contribute an essay, poem, or short story to the Journal. Congratulations to Miss Rudisill on her outstanding score! Go here to see more from our top students. You might also enjoy our podcast, Anchored, or our seminar series on the Western canon, Journey Through the Author Bank.

Published on 15th July, 2022. Page image of a third-century Roman mosaic from Baalbek, Lebanon, depicting the Seven Sages of Greece accompanied by Socrates and the muse Calliope, taken by Clemens Schmillen (source).